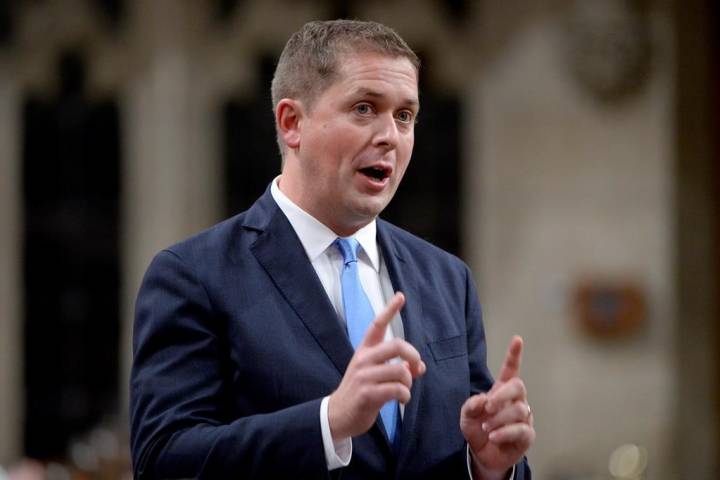 Andrew Scheer, leader of the Conservative Party of Canada, hasn’t promised to keep cannabis legal if elected prime minister in 2019.


READ MORE:
How much weed was sold on Canada’s legalization day, province-by-province

“The Conservative Party will do our due diligence, examine the consequences of this decision, and we’ll examine the reality on the ground,” Scheer told CTV Thursday.

“We have to be realistic about what a change like this means for society and all the ramifications.”

Now that cannabis is legal and the nascent industry is being awakened on many different fronts, is there any chance that Conservatives would actually be able to reverse legalization?

“No, not really,” Jamie Shaw, a partner at cannabis consulting agency Groundwork, said in response to that question.

Shaw highlighted the sheer amount of work that has been put into legalization since the Liberals were elected in the fall of 2015 as one reason the Conservatives might have to reconsider reversing cannabis legalization, especially if the federal government hammered through a reversal in the face of the work already done by the provinces.

“I can’t imagine provinces would be happy, having spent all their time dealing with cannabis legalization,” Shaw said. “Getting their stores up and running, figuring out how it’s going to work, then having the federal government say never mind.”

Rielle Capler, a PhD cannabis policy researcher at University of British Columbia, agrees that it would be a very uphill battle for the Conservatives to reverse cannabis legalization in 2019.

“I think it would be very difficult,” Capler said. “With the current bill, it took two and a half years at warp speed for it to pass and be implemented. That was governments coming together at all levels and working together on it diligently.”

Capler pointed out that for a bill that would re-criminalize cannabis to pass, it would have to go through multiple readings in the House of Commons and the Senate, and she doesn’t think it would get past the first reading.

“They would have to get support,” Capler said. “The question is not so much how but why would you want to do that.

“This is a multi-billion dollar industry that is going to be in full force and employing thousands of Canadians. By that time, I don’t think there would be any support for reversing.”

The Conservatives have been consistent in their opposition to legalized cannabis and almost universally either abstained from voting or voted against the cannabis legalization bill, Bill C-45, at its third reading in the House.

“I think a lot of (the constituents) will be involved in the industry,” she said. “It’s going to be in every fabric of society. It’s going to be employing thousands and thousands of Canadians so their constituency won’t be supportive of that stance.”

Shaw sees any effort to reverse legalization to ultimately be futile — if there is supply and demand then no amount of enforcement can stop people from getting it.

“Look at Project Claudia in Toronto,” Shaw said, referring to a police crackdown on illegal cannabis dispensaries. “It seemed to stop more from opening, but it certainly didn’t stop the (dispensaries) that were there; most of them opened the next day.

Scheer has admitted that he will employ a wait-and-see strategy when it comes to cannabis legalization.

“We’re going to propose changes to the regime based on the feedback we see,” he told Global News.

In the past, Scheer has stressed being “realistic” when it comes to cannabis legalization, telling Global News in April 2017: “If this is something that has been legal for a period of time, it’s going to be very difficult to say, ‘Hey, we’re going to make this illegal again.’”

If the U.S. is any indication, that “realism” will be in favour of cannabis. Capler said she hasn’t seen any negative consequences from the U.S. states that have legalized cannabis, such as Colorado or Washington in 2012.

“There has been a lot of fearmongering, myths, propaganda around cannabis,” Capler said. “I think once it is legalized and implemented, which it has been, we’ll see that the sky isn’t falling and that it is contributing to society in many ways, and there will be a change of heart for people that had fears and concerns.”