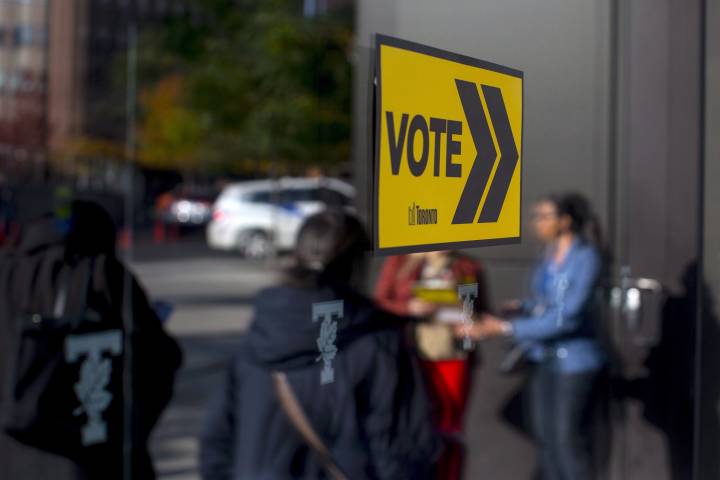 A company that provides election tabulation software in Canada and the United States is blaming a Toronto data centre facility for choking online voting traffic in 51 Ontario municipalities on Monday evening, which caused many cities and towns to extend their voting periods.

The system issues surfaced around 6 p.m. ET and lasted approximately 90 minutes, according to a statement from Dominion Voting Systems.

The company said it wasn’t aware of the technical difficulties – which caused many online voting systems to slow down drastically or go down altogether – until municipalities began flagging them.

“This load issue was documented, reviewed and determined to be the result of a Toronto-based internet colocation provider placing an unauthorized limit on incoming voting traffic that was roughly 1/10th of the system’s designated bandwidth,” said the statement, distributed by Kay Stimson, Dominion’s vice-president of government affairs.

“Dominion regrets the challenges that our system load issue posed for both election officials and voters alike in today’s elections … We want to assure Ontario voters that we will work to ensure this problem does not occur in future elections.”

The company in its statement did not identify the internet colocation provider that reportedly limited the system’s bandwidth.

In response, many municipalities affected stretched their voting hours by an extra hour or two on Monday night, while others declared emergencies under the Municipal Elections Act and extended their voting period for a full day.

While Dominion said the system glitches were resolved within an hour and a half, some municipalities reported that their issues began earlier and lasted longer.

Kingston, for example, said officials realized their online voting system was down around 5:45 p.m. and that it wasn’t restored until after 8 p.m. The city extended its voting hours until 9:15 p.m. on Monday in response.

Meanwhile, the Town of Woolwich reported stop-start activity, saying its online system first stopped accepting ballots around 6 p.m. Once Dominion began working on the issue, the system began accepting ballots again “very slowly” and then timed out again shortly after 6:30 p.m., a statement from the town said.

Woolwich has extended its voting period until 8 p.m. on Tuesday.

For several municipalities, like Kingston and Brantford, the 2018 municipal election was their second time offering online voting and using Dominion’s services. Spokespeople for both municipalities said they experienced no issues in 2014 like those on Monday.

Aside from the municipalities using Dominion Voting Systems, no other cities and towns in Ontario reported technical issues on election day.

Jonathan Rose, an associate professor of political studies at Queen’s University, said a “real concern” moving forward is not knowing how many people gave up on voting as a result of the technical problems across the province, and how those issues might have impacted their perception of the election system.

Dominion Voting Systems said in its statement the bandwidth issues “at no time” compromised the system’s integrity and security.

But Rose said security should continue to be a topic of discussion as more jurisdictions adopt online voting systems and perhaps use the same company for those services.

“It’s the same private company that operates all of these online voting systems throughout the province, and how the vote is encrypted and where the data is stored, is really an important issue,” he said. “Research has shown that in other places, the data is actually stored in servers around the world, making it very easy to hack. So we have a long way to go before this is a fully secure system.”

Some of the municipalities that extended voting until 8 p.m. on Tuesday, Oct. 23:

Some of the municipalities that extended voting to a later time on Monday night:

— With files from Darryn Davis and the Canadian Press

With a federal election looming, it looks like dark days for Trudeau’s sunny ways