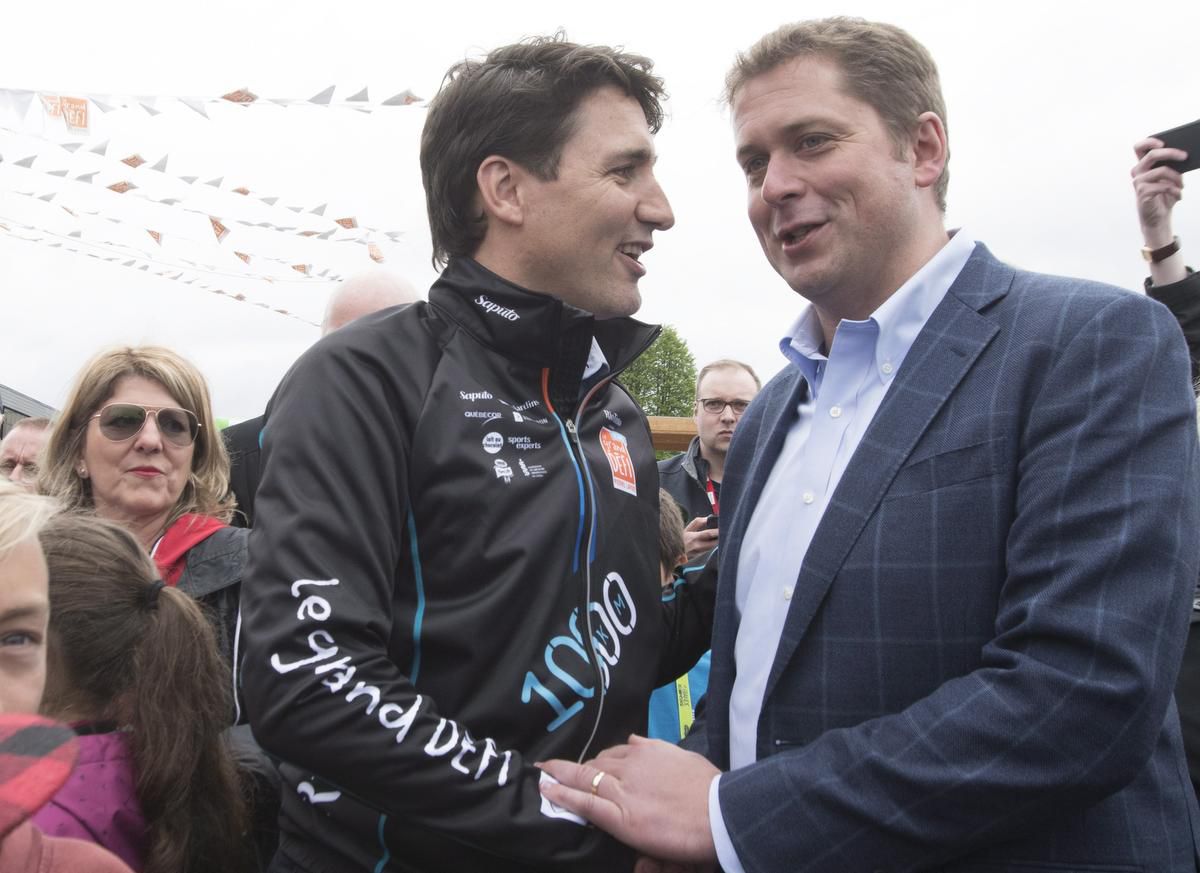 Justin Trudeau and Andrew Scheer seem to be agreed on one prediction for the next year in Canadian politics — things are going to get nasty.

The prime minister offered that forecast on Toronto radio on Tuesday, cast in the form of battle-hardened wisdom he’d acquired over his past three years in office.

While Trudeau insisted he hadn’t abandoned “sunny ways” politics, he essentially admitted that he hadn’t changed the culture of federal politics as he’d hoped to do when he won in 2015.

“I genuinely believed that if we showed that we could campaign, as we did three years ago — positively, no personal attacks, no attack ads — that that would change the nature of politics and people wouldn’t try to do that again,” Trudeau told CBC Radio host Matt Galloway.

“I genuinely thought that this (next) election would be different but now it looks like it’s going to be nasty and negative.”

Coincidentally, that’s exactly the same message the Conservative leader put out last weekend, when he held an Ottawa rally to kick off the official one-year countdown to next October’s federal election.

Both political leaders are trying to get out ahead of this whole, nasty-politics thing for reasons familiar to anyone with the ways of the schoolyard — they each want to accuse the other of starting it.

Elections, future and past, are looming large in Ottawa this week. On Thursday night, a huge party is planned at the Château Laurier hotel, just down the street from Parliament Hill, to mark the 25th anniversary of the 1993 election that brought Jean Chrétien’s Liberals to office.

While Trudeau hasn’t done much to encourage that dynastic view of Liberal governance — he talks more to a Conservative predecessor, Brian Mulroney, than he does to former Liberal prime ministers — he is due to make some remarks at this event.

The master of ceremonies is John Rae, brother of former Ontario premier Bob Rae, and the man who headed up Chrétien’s three winning election campaigns from 1993 to 2000. Chrétien himself, who is also launching a book of reminiscences that day, will be the obvious guest of honour.

Lots of Liberals in Ottawa have some connections to the Chrétien years and organizers say they’re not having any trouble finding buyers for the $25 tickets to the Thursday event. But very few of them hold seats in the current Commons.

In fact, only five Liberal MPs in the current House were part of that huge red wave that swept the party into office on Oct. 25, 1993 — still one of the biggest turnovers we’ve seen in the entire history of Commons, when the two other mainline parties, Conservatives and New Democrats, lost official party status.

The five MPs from 1993 include two from PEI: Lawrence MacAulay and Wayne Easter, as well as the current Commons Speaker, Geoff Regan from Nova Scotia. Now-veteran MP and former minister Hedy Fry won a hugely symbolic victory in 1993, defeating the incumbent prime minister, Kim Campbell, in her own Vancouver riding. And Ralph Goodale, the current public safety minister, is the only member of the current cabinet who served as a minister to Chrétien as well.

Trudeau has never shown any great desire to be linked to past Liberal governments, including those led by his father. He has been quite vocal about his disdain for factional battles of past Liberal eras, including the epic feud between Jean Chrétien and his former finance minister, Paul Martin (who succeeded him briefly as PM too, before the Liberals were dumped from power in 2006.)

Here’s what Trudeau said, for instance, on the very night he was named as the new Liberal leader in April, 2013: “Canadians turned away from us because we turned away from them, because Liberals became more focused on fighting with each other than fighting for Canadians…. I don’t care if you thought my father was great or arrogant. It doesn’t matter to me if you were a Chretien-Liberal, a (John) Turner-Liberal, a Martin-Liberal or any other kind of Liberal. The era of hyphenated Liberals ends right here, tonight.”

There had been some speculation over this past week that Martin was excluded from this 25th-anniversary party on Thursday night in Ottawa — evidence of the lingering Chrétien-Martin feud. But reportedly an invitation was extended through intermediaries. I tried to get an answer on whether Martin was attending, but none was forthcoming, so it’s probably safe to assume that Thursday night won’t be any happy reunion of the old gang.

Then again, as Trudeau seemed to indicate on Tuesday in his CBC Radio interview, sunny ways may sound like a good theory in politics, but that approach is more aspirational than practical as the 2019 election looms ever larger.

Chrétien was no stranger to tough, nasty battles in his time either. The difference between Chrétien and and this current PM, however, may lie in where they found their toughest adversaries. Trudeau believes it’s going to the Conservatives in 2019; for Chrétien, the largest foes were (and still are) fellow Liberals.