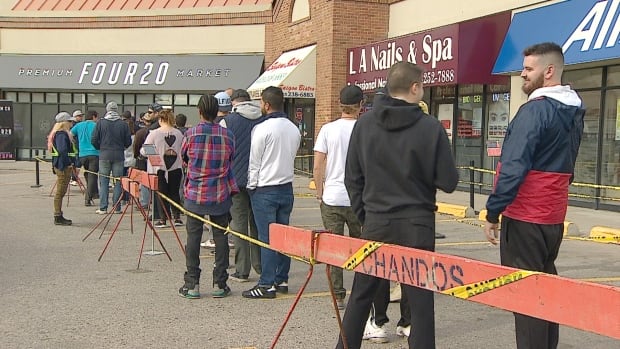 Alberta is looking to boost its roster of cannabis producers — and bolster its supplies — as eager consumers continue to deplete provincial stockpiles of popular weed products.

Alberta Liquor, Gaming and Cannabis (AGLC), which sells wholesale to retailers and online to consumers, gets its cannabis from 15 licensed producers across the country.

But the regulator is hunting to add more producers from which it can draw supplies as it seeks to keep up with an unanticipated appetite for legal pot.

« When the industry launched on [Oct. 17] we saw outstanding response and the market demand has been fairly steady ever since. So I think that everyone estimated for this industry to be a success.

« But I think that the success is a little bit more than we anticipated. » 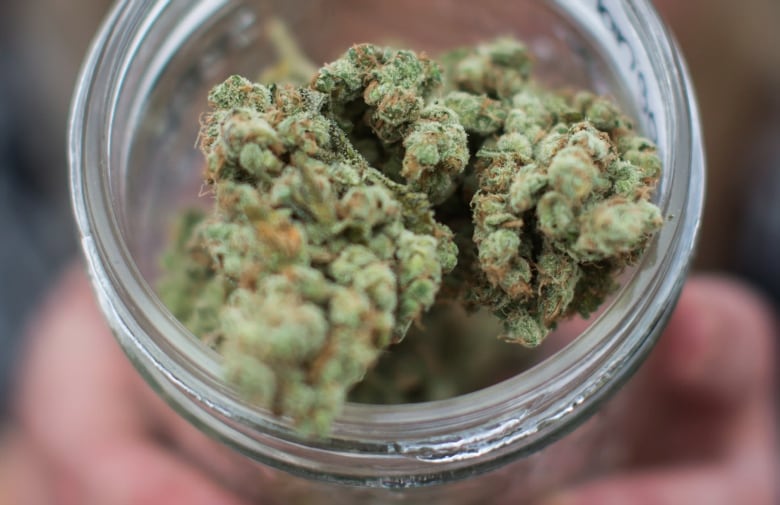 By Tuesday afternoon, AGLC’s retail website was sold out of 17 of 81 kinds of dry flower, four out of 10 pre-rolled cannabis products, four of six oils, and of all of its capsules.

Among the products listed as sold out on the website were Kiwi Cannabis Mango Haze and Riff Subway Scientist.

Miller said the licensed producers with which the AGLC has contracts are being challenged to keep up with market demand. However, the regulator continues to receive shipments daily, she said.

The majority of those shipments are being allocated to licensed retailers.

« Hopefully, as things are selling out, we’re able to resupply somewhat during these first few days and weeks, » she said.

But there’s no quick fix. Licensed producers are ramping up their production, she said, but cannabis takes time to grow.

« It’s not something that we can just sort of turn around overnight, » Miller said. « So we’re seeing a little bit of delay in that aspect but I am confident that, hopefully, in the not-too-far-away future we’ll see things even out. »

There are cannabis shortages occurring across the country, leaving some new stores scrambling to stock their shelves.

One of Calgary’s two retailers, Four20 Premium Market, said on Facebook Tuesday afternoon that it had inventory.

James Burns, CEO of Alcanna Inc., the parent company of Nova Cannabis, which currently has one Calgary location, said he’s not concerned about supplies at his stores.

« We placed very large orders — the largest we could, » Burns said. 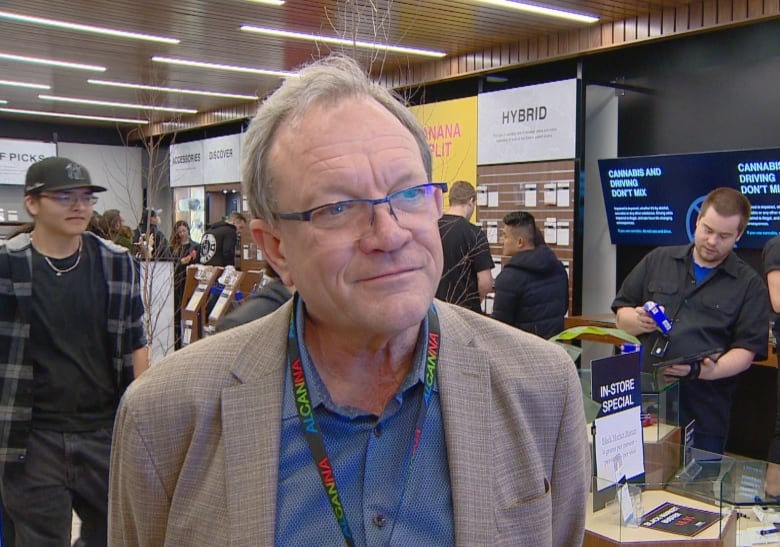 James Burns, CEO of Alcanna Inc., the parent company of Nova Cannabis, said he’s not concerned about supplies at his stores, including one in Calgary. (CBC/Scott Neufeld)

« Certain strains sold out for sure, but we always had product in stock and we’ve been resupplied this week, I think as has everybody. So we’re in good shape. »

Burns said people are still getting in line to make purchases.

« The line-ups aren’t long anymore but there are still lineups, » he said. « Just non-stop, non-stop sales. »

Nick Kuzyk, chief strategy officer with High Tides Ventures, which is planning to open its first Canna Cabana store in Canyon Meadows at the end of the month, believes the outlet will have the inventory it needs.

« We have begun the process of purchasing inventory through the AGLC and I believe it’s true that we don’t have our choice of everything that we would like to stock, » he said.

« However, that is the case for everyone. And customers, based on demand so far, seem to be willing to work through the process with retailers and the province, and are still nevertheless excited — greatly excited — about legalization. »