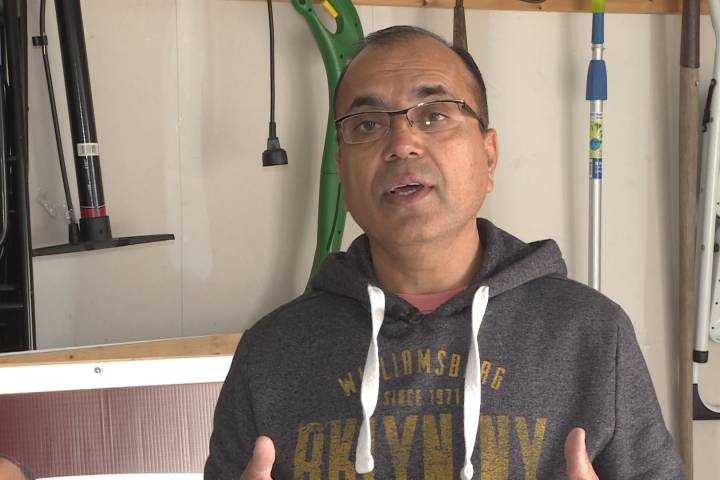 On Oct. 22, Kingston chose a new city council and re-elected its mayor. But for one municipal candidate who didn’t earn a seat in government, this year’s campaign was not about winning or losing.

Jimmy Hassan, a council candidate for Trillium District, says he had to put up with negative comments on social media during his run for office. The municipal candidate received hateful attacks during his campaign, sometimes targeting his ethnicity.

However, despite these comments, the first-time candidate says the election was a milestone for him, and he appreciates the respect and recognition he’s gained from his fellow Kingston residents.

“I was proud. I’m always proud being a Canadian, but after the election — as of today, even — I’m feeling even prouder as a Kingstonian,” Hassan said. “I’m just feeling blessed to be part of Kingston, part of the Kingston community, part of my Trillium District.”

Hassan pulled in 1,249 votes from his district and says he received support not only from the community but also local politicians like former Kingston mayor and local MPP John Gerretsen and former local MP Ted Hsu.

As for the hateful comments online, Hassan brushes off these negative attacks, saying Kingstonians are big-hearted.

“This is an open city,” he said. “If you are competent, if you are confident, you’ll move forward.”

Mayor Bryan Paterson, recently re-elected for a second term, also spoke out against these kinds of comments.

“When you put your name forward for public office, there are unfortunately some people that feel that gives them the right to just take whatever run at you that they want. It’s unfortunate,” he said.


READ MORE:
Trudeau: The world is moving towards more diversity, not less

As for Kingston city council, Hassan says he would like to see more inclusive representation in municipal government, but the businessman also believes it has always been a place for people to exchange diverse ideas.

Hassan came in second during the city’s municipal election, losing out to Robert Kiley in the race for the Trillium District council seat. He earned just over 35 per cent of the ballots cast, coming in 259 votes behind his opponent.

As for running again, the businessman says he’ll do it if the people in his district want him to campaign.