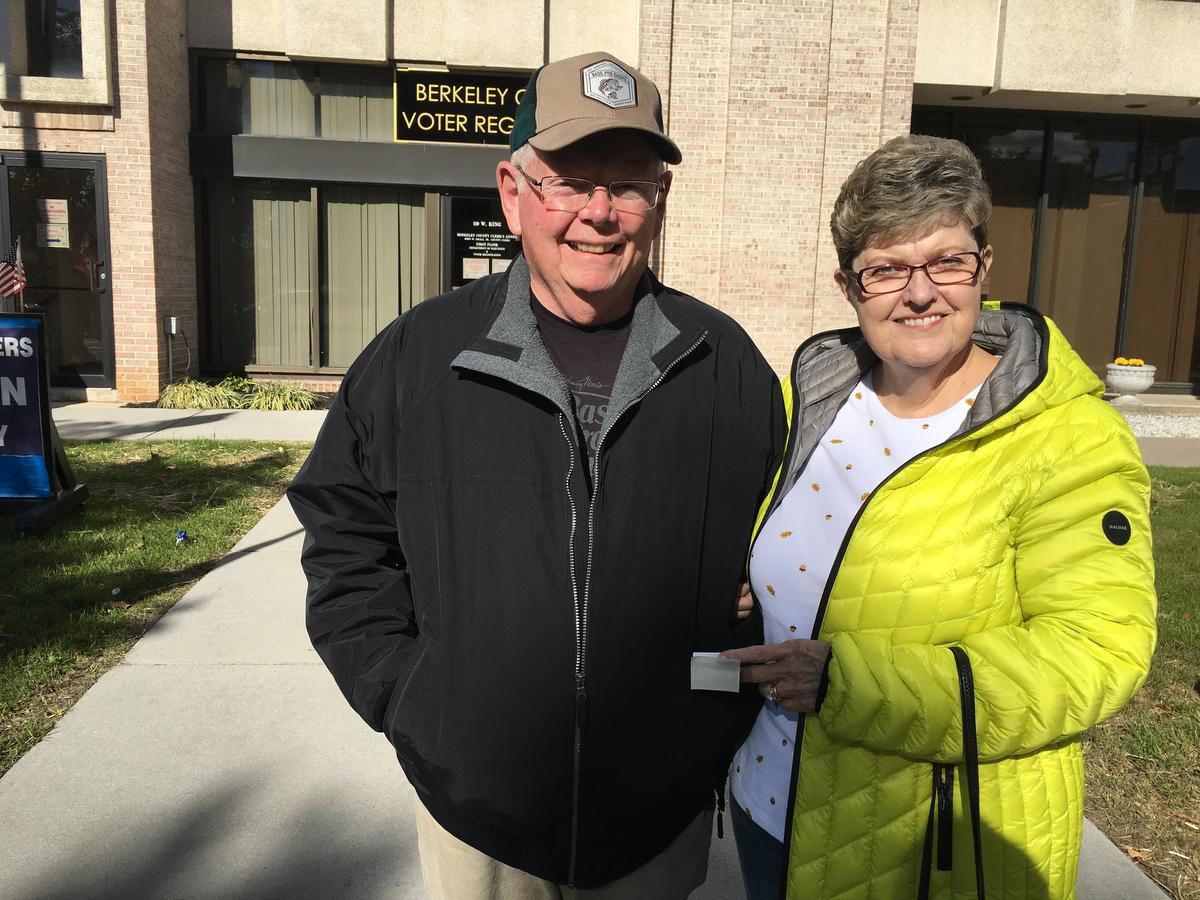 When he thinks of Manchin now, he said after voting for Manchin’s opponent on Wednesday in the small city of Martinsburg, he thinks about a moment during President Donald Trump’s State of the Union address.

Manchin, Spiker said, began to rise to applaud a “perfectly good” Trump statement. Then, appearing to notice that his Democratic colleagues were not standing, he quickly sat back down.

Spiker, 70, said the video reminded him that Manchin is a Democratic Party man above all.

“I want somebody in there that wants to support our president,” he said.

Fellow Trump supporter and retiree Ken Toohey, 83, was getting a haircut at a barbershop around the corner. He said he was going to vote for Manchin again. And he said the main reason was that, in his view, Manchin isn’t hostage to his party.

“He’s a Democrat, but he goes across for Republicans. I think he does what’s right. Common sense,” Toohey said.

Democrats currently have 49 Senate seats to the Republicans’ 51 seats.

Unlike the House, in which all 435 seats are being voted on, only 35 of the 100 Senate seats are part of the midterms on Nov. 6. This year’s roster of seats happens to be a particularly bad one for Democrats.

It includes 10 seats where an incumbent Democrat is trying to get re-elected in a state Trump won in 2016. In five of those 10 — West Virginia, North Dakota, Montana, Indiana and Missouri — Trump won by 19 percentage points or more.

The red-state Democrats have the benefit of an energized liberal base, but they also need to persuade some Trump-loving conservatives to vote for them. That has gotten harder since their last races in 2012. The country has grown even more polarized along partisan lines, and polls suggest many Trump voters are not willing to back a senator who opposes their president.

So all five Democrats are trying to cast themselves as different from their party.

“The kind of thing you’d see on the internet from some Tea Party candidate,” said Cam Savage, a Republican consultant in Indiana who believes Donnelly’s ads suggest Republican Mike Braun has the momentum in the race. “I thought: ‘Holy.’ That’s telling right there.”

Manchin, meanwhile, took a high-risk substantive gamble: he was the only Democrat to vote to confirm Brett Kavanaugh to the Supreme Court — though he waited until it became clear Kavanaugh was safe anyway. His signs on the Martinsburg campaign office read, “Manchin: It’s all about West Virginia!”

Trump has dismissed all this as posturing. At his campaign rallies, he argues that the area Democrat is a coastal left-winger in a heartland moderate’s plaid. In Montana last week, for example, Trump attacked Sen. Jon Tester as a “super-liberal” who “talks like he’s from Montana” but “votes like he’s Nancy Pelosi.“

Tester’s Twitter response: a video of himself working on his farm. (“Winding down with our harvest,” he wrote.) The message was unmistakable: whatever the president might say, Tester is a salt-of-the-earth local fella.

With the possible exception of Donnelly, the red-state Democrats have well-established personal brands. Tester’s likability was central to his victory in 2012, said David Parker, a Montana State University political science professor who wrote a book about the 2012 race. Tester, he said, has a reputation as a champion of the little guy.

Trying to unseat him, Republican opponent Matt Rosendale has “wrapped himself entirely around Trump,” Parker said. “He thinks he can ride that train. I think it’s a weakness.”

The red-state Democrats have tried their best to make their races about local concerns rather than the president. Tester and Heitkamp, whose states are highly rural, have made hay over the Trump trade policy that has led to punishing Chinese tariffs on American soybeans. Manchin has gained traction over opponent Patrick Morissey’s past work as a lobbyist for pharmaceutical companies, which have had a role in the opioid addiction crisis that has ravaged the state.

Tester and Manchin have consistently led in the polls, Manchin sometimes by double-digits. McCaskill, Donnelly and especially Heitkamp appear to be in more difficult races, with Heitkamp widely seen as the most likely to be defeated.

Manchin is a plain-spoken former state governor who has made a tradition of shooting something in a campaign ad. Mike Plante, a Democratic political consultant in West Virginia, said Trump’s enduring popularity in a state he won by 42 points is an obvious challenge — but that even conservative voters in the state laugh off Republican operatives’ regular claim, trotted out in three successive elections, that Manchin is a clone of Pelosi, Barack Obama or Hillary Clinton.

“People understand that Joe has always been an independent voice,” Plante said. “Because it’s a small state, it’s an older state, and he’s been around so long, people feel like they know him. And that’s why I think he’s more immune to the same old attacks.”

Manchin’s reputation weighed heavily on the mind of Martinsburg undecided retiree David Ritchie, 68, a Republican Trump voter who said he might well choose the Democrat.

“I’m definitely leaning conservative. But they’re both conservative. Manchin generally votes conservative, surprisingly enough,” he said. “I’m looking hard at this guy Morissey. But I don’t know much about him.”

What’s the dirtiest surface on an airplane? The result may surprise you