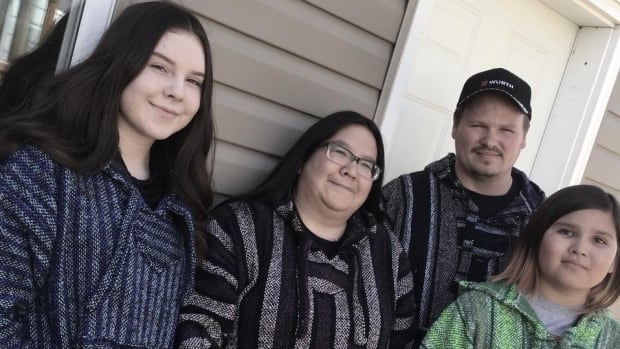 A Saskatchewan woman who tore her stomach open from hip to hip when she fell down a well last month says she dropped a stomach-turning three storeys into cold, dark water.

« It was kind of like riding the ride on the West Edmonton [Mall] Drop of Doom, where the thing just drops, » said Chrissy Gamble, who recently had 50 staples removed from her stomach.

Her stomach was torn open by a screwdriver she was carrying in her pocket.

The plates and screws inside her leg will be permanent.

Gamble’s fell while trying to reattach a water pump to the inside of a well at her home in Cando, Sask., located approximately 40 kilometres south of North Battleford, where she lives with her husband and two teenage daughters.

The incident began back in September when the water unexpectedly stopped flowing while Gamble’s husband, David, was taking a shower.

Thinking that the water pump might be the source of the problem, Gamble decided to go down into the well to remove the pump. She said the well opening looks like a « Reece’s Pieces » chocolate cup. 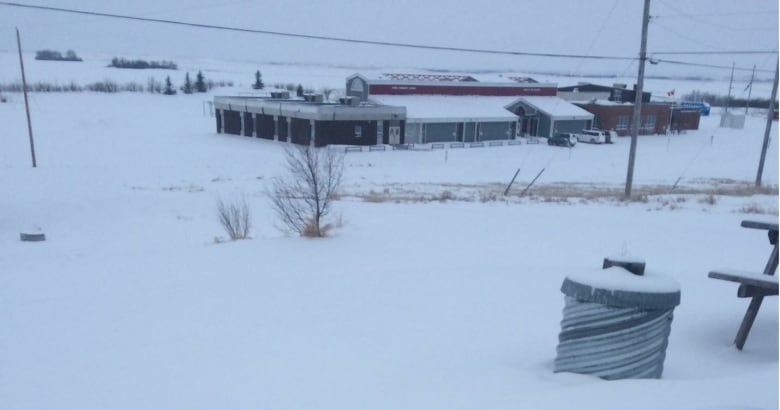 But when she learned that the pump was not the problem, she had to go back inside the well to return it.

She climbed down into the well using a ladder that was hooked to the ball of a pickup truck. She did not anticipate anything going wrong with the setup since it worked the first time.

That’s when the ladder detached and sent Gamble plunging into the water below.

One leg caught on a ladder rung and broke instantly. The screwdriver still in Gamble’s pocket gashed her stomach open.

However, the freezing well water sent her into a state of shock so intense that she did not even register the extent of her injuries.

« Boom. I was in survival mode, » Gamble said. « The water was so cold…so I didn’t really feel like anything [hurt] and I was in shock. »

Luckily, Gamble was not alone at the time of her accident. Her husband, father-in-law and youngest daughter, 11-year-old Tia, were all on hand to help. It was Tia who ran to the nearby school and alerted staff members to the situation.

Emergency services arrived and sent a harness down to help pull Gamble out of the well. She was then rushed to hospital to receive treatment for her injuries.

The aftermath of the fall was not a pretty sight.

« It kind of looked like a horror show, » said Gamble, who has since attended physical therapy and can now get around with the help of a walker.

Gamble credits emergency and medical professionals with saving her life and plans to visit all of them once she is well enough.

« I want to personally thank them for saving my life because I wouldn’t have been able to do that if they weren’t around, » Gamble said.

Now well into recovery, Gamble has managed to find the humour in her very unique—albeit slightly terrifying—situation.

« Can we laugh at it now that it’s all done? It’s kind of funny because when you talk about it. Like, nobody falls down a well, but apparently I do! »

Gamble noted that the water pump has been reinstalled in the well. This time she left it to a professional.

—  With files from Alicia Bridges

Wedded to education — and each other: Married trustees make TDSB history