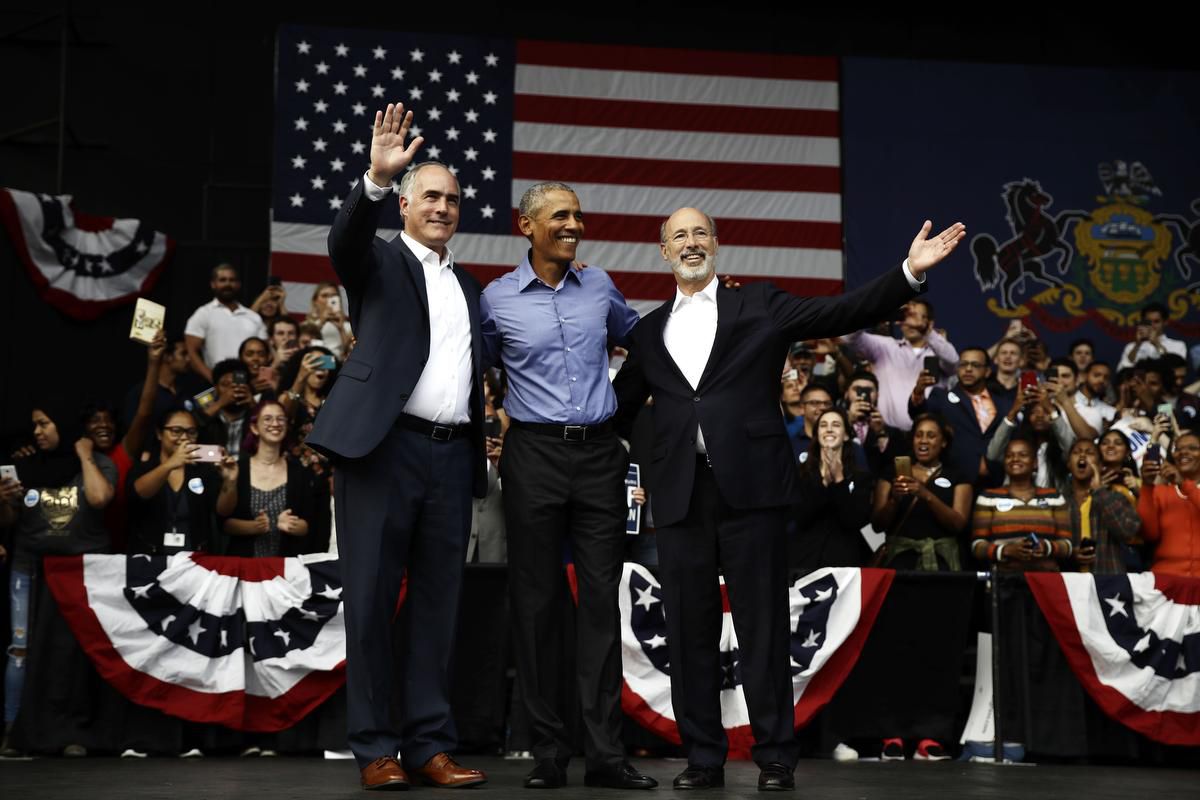 JOHNSTOWN, PA. – It had the shuttered steel mills and the shuttered coal mines and the opioid problem and the gruff union hard-hats abandoning their old loyalty to Democrats. When reporters went looking for a Trump Country archetype during the 2016 presidential election, a bunch of them found their way to Cambria County, Pennsylvania.

“Uprising in the Rust Belt,” was the headline on one June 2016 article focused on Cambria, and it wasn’t wrong. Donald Trump got 67 per cent of the vote in Cambria, where Barack Obama had beaten John McCain in 2008. Trump eked out upset victories in not only long-Democratic Pennsylvania but in fellow “Blue Wall” states Michigan and Wisconsin too, just enough to earn the presidency.

The outcome provoked a round of soul-searching among Democrats, some of whom wondered if Trump’s victories signalled a lasting shift away from the party among working-class Rust Belt northerners.

Such a shift might resume in 2020. It does not appear to be happening at this very moment, at least not as much as Trump and his party need.

In the midterm elections to be held next Tuesday, Democratic candidates appear to be excelling in big Senate and governor races in all three of Pennsylvania, Michigan and Wisconsin, plus several key House of Representatives races. Democrats are also leading in Ohio, where Trump won by eight points in 2016, and in Minnesota, where Trump came within a whisper of another big 2016 upset.

Analysis of the 2018 races has focused on the revolt against Trump among affluent college-educated women. They are not Republicans’ only issue.

“A lot of disenchanted lower-middle-class white voters looked to Trump and said, ‘Why not. Hillary is not getting it done for me.’ And I think after two years in office they’re saying, ‘Yeah, no,’” said Jeff Hewitt, a Democratic strategist with an office in Ohio.

In four hours in and around a Walmart in Johnstown, the largest and most Democratic city in Cambria, the Star encountered five female voters who voted for Trump, soured on him, and are now voting to re-elect low-key Democratic senator Bob Casey — whose opponent, congressman Lou Barletta, has wrapped himself around the president.

Four of the five women explained that they had voted for Trump not because they loved him but because they wanted to stop Hillary Clinton, a Democrat they especially disliked. They said they had no such animosity toward Casey or for the broader party.

“Did not like Hillary. You should be able to vote for someone that you really are behind. It wasn’t the case. I really thought once he was elected, he would become more presidential and represent our country a little more honourably. Unfortunately, that hasn’t happened,” said Mary Venetsky, 67, a retired nurse who said she was voting Casey because he has been “good for our district” and because she dislikes Barletta’s “negative campaigning.”

Anita Partsch, a 57-year-old sales clerk, said Casey has “done a pretty good job.” She said she knew almost nothing about Barletta. Asked what she thought of Trump, she said, “Don’t like him.”

“I am registered Democrat, but I will vote for who I think is … I actually voted for Trump, but I wish I wouldn’t have,” she said. “Just the way he acts and the things he’s done. I couldn’t vote for Hillary either, so I thought I’d give him a chance.”

“Voted for him, wish I didn’t,” said Patty Daniels, 54, as she rushed to begin her shift at the Walmart. She said she would vote for Casey: “He’s been doing everything for us.”

Mark Nevins, a Pennsylvania-based Democratic strategist, said there has been a shift toward Democrats not among Trump’s hard-line 2016 supporters but among former Obama voters who chose Trump with reservations and are now more dismayed by his “outrageous, sometimes offensive, sometimes childish” behaviour than they are pleased by his accomplishments.

Ideology also matters. Trump, despite his right-wing stances on immigration and other issues, was aided in the Midwest in 2016 by his moderate stands on government spending and social programs. He has governed as an orthodox Republican.

In several of the Midwestern races this year, it is the Democratic candidate, such as Casey, who is widely seen to be the closest to the local centre.

“He’s a pragmatic Democratic senator. And right now that works better among the Pennsylvania electorate than somebody who occupies a place further on the margins. On either side,” Nevins said.

Strategists and pollsters from both parties cautioned against inferring that Trump will lose in the Midwest in 2020.

Steve Mitchell, a Republican pollster in Michigan, noted that Obama won Michigan in 2012, and the presidency, after a dreadful 2010 midterm that included an 18-point victory for Michigan’s Republican governor candidate. It is always a challenge, he said, for presidents to turn loyalty to them into loyalty to their party.

Trudeau calls byelection for Ontario seat, but leaves 3 others in limbo

‘It’s who we are’: FSIN powwow draws thousands to Saskatoon’s SaskTel Centre – Saskatoon