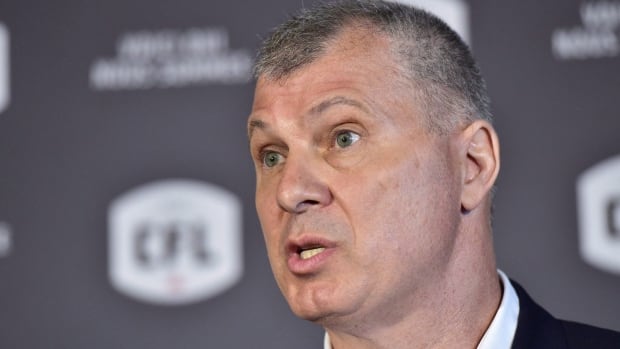 CFL commissioner Randy Ambrosie remains bullish on Halifax becoming the league’s 10th franchise, but says it’s all contingent on a suitable stadium being built in the Maritimes’ largest city.

Halifax regional council voted 15-0 on Tuesday to direct municipal staff to complete a review of a business case for a 24,000-seat facility to be built at Shannon Park.

Ambrosie said while that was « another positive step in the direction that we were hoping for, » he added the stadium issue is pivotal to Maritime Football Limited Partnership’s bid for a CFL expansion franchise to begin play in Halifax in 2021.

« To make a pro sports franchise work you must have a place to play, it’s just that simple, » Ambrosie said. « We put in place a very clear set of steps that we would go through with Maritime Football and we’ve been knocking those off at a good pace.

« When all of that work is done you’re left with the same fundamental question and that is, ‘What’s the status of the stadium,’ and (Tuesday) was very encouraging on that front. »

The plan of the partnership — which consists of former Arizona Coyotes co-owners Anthony LeBlanc and Gary Drummond and AMJ Campbell Van Lines president Bruce Bowser — is to build a 24,000-seat multi-purpose stadium in Shannon Park. That’s a 38-hectare parcel of land in Dartmouth on the east side of Halifax harbour formerly used for military housing.

Shannon Park, a 38-hectare parcel of land in Dartmouth, was formerly used for military housing and is now being pitched as a potential site for a 24,000-seat multi-purpose stadium. (Carolyn Ray/CBC)

The stadium would reportedly cost between $170 and $190 million but it’s unclear if or how much public funding would be required for the project.

A more detailed business analysis is expected to take three-to-six months to complete. Meanwhile, the partnership plans to begin a season-ticket campaign and name-the-team contest next month.

Ambrosie is confident Halifax has the corporate support needed to help successfully operate a CFL franchise.

« I think this is such a new Halifax, it’s such a new Nova Scotia, it’s a new Atlantic region, » he said. « There’s just so much business going on, new industries that have started so yes we do feel there is.

« It’s a remarkably robust community, and I’m speaking broadly of the Atlantic region and our feeling is they’ve got the right business community and right opportunity to make this work. »

Ambrosie has been very careful not to impose specific deadlines to the Maritime Football Limited Partnership, which he said has been by design.

« What I’ve tried to do all along is not impose an artificial timeline because that would put pressure on this that’s unnecessary, » Ambrosie said. « And then what people will be doing is staring at a date we’ve made up in our heads and wondering whether or not we’re making progress.

« What we want to do is have this project come to a successful conclusion but the time it takes to get there is not our primary concern. »

On Nov. 7, the partnership plans to launch a season-ticket campaign and a name-the-team contest. Ambrosie said he’ll be in Halifax to lend his support to Maritime Football.

« They want to really reach into the community and talk about being committed ticketholders to this franchise, » Ambrosie said.

Vision for a 10th CFL franchise

The CFL commissioner also plans to have LeBlanc meet with CFL conveners once in November — either at a regularly scheduled board meeting Nov. 13 or during Grey Cup week in Edmonton. And Ambrosie said he could have LeBlanc front and centre when he makes his annual state of the league address Nov. 23.

« I think what we’ll do at a minimum is probably have Anthony join us and talk a little bit about their vision for that 10th franchise, » he said. « Even that, I think, is a remarkably positive step.

« We might not be picking team colours and announcing the date for the kickoff of the inaugural season. But I think even having Anthony just speak to what’s happened so far, that first-person perspective, can be part of the state of the CFL narrative. I think that’s something we should do. »

« Just probing conversations around which teams might be interested in (playing) a home game in Mexico, » he said. « Both conversations, I’d say, were pretty positive.

« Not conclusive but pretty positive with our friends in Mexico. They’re excited with the opportunity to showcase the CFL to football fans there. If we could pull this off for the 2019 season I think we should do it. »

Alek Minassian, the suspect in the Yonge St. van attack, scheduled to appear in court Thursday