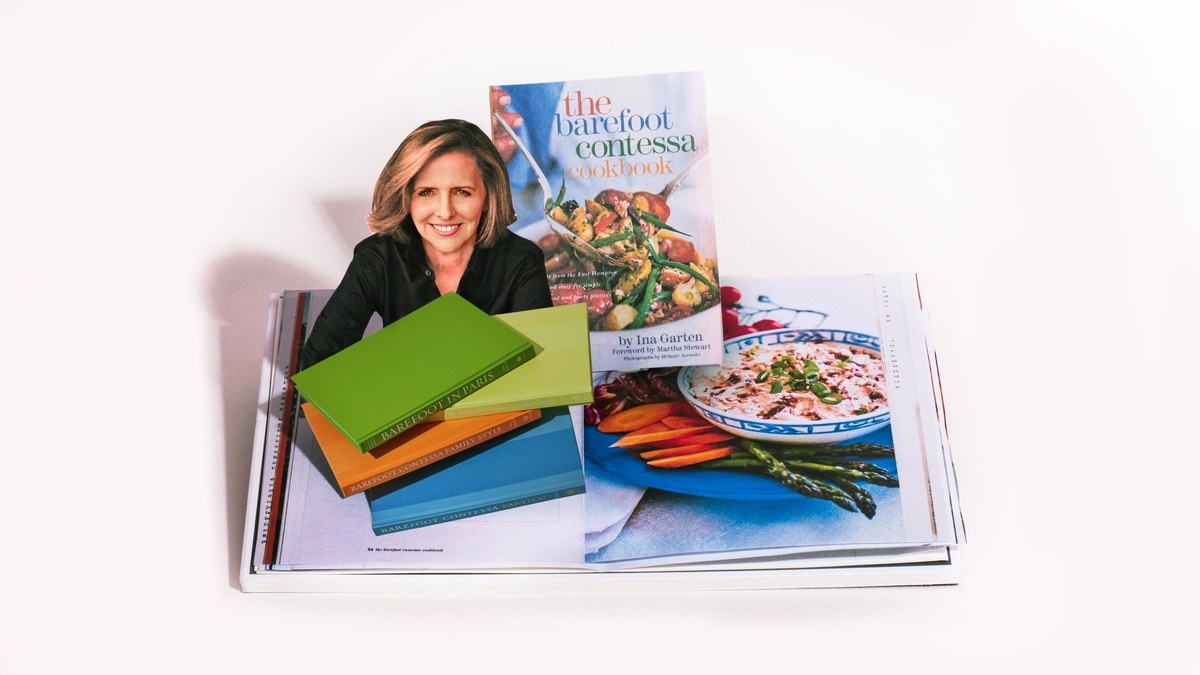 In honor of Ina Garten’s guest editing week, we asked chefs and celebrity fans to share their favorite Barefoot Contessa recipes as part of our series “How Easy Is That?” Below, director-screenwriter-producer Nancy Meyers waxes poetic about the sun-dried tomato dip she’ll never host without.

Choosing my all-time favorite Ina Garten recipe is not an easy question to answer. I have almost every one of Ina’s cookbook, which makes her my most collected author. And, I doubt I’ve missed any episodes of Barefoot Contessa. Is there anything better than a half hour in the barn with Ina?

I remember going into the real Barefoot Contessa in East Hampton many years ago, hoping to catch a glimpse of her. I bought chicken salad and a cupcake and ate them both on a bench outside the store. They were just as amazing as I had imagined.

I even wrote a scene in Something’s Gotta Give that was to take place in the store, but by the time we started shooting it was no longer there, so we recreated it in Los Angeles. I hope she approved!

I’m clearly a huge Ina fan. Her first cookbook, The Barefoot Contessa Cookbook has been on a shelf in my kitchen for more than 20 years. It has a broken spine and opens almost by itself to two recipes, so those must be my favorites.

One is Ina’s foolproof, works-every-time, everyone-loves-it sun-dried tomato dip. It was the first recipe of Ina’s that I ever tried, back when sundried tomatoes were a brand new thing—at least to me. It’s an irresistible dip that works great with crackers or cut-up veggies, and I always double the recipe for parties because it goes fast. It’s smooth, a little tangy, and unexpected, so it’s impossible not to go in for a second—or third!—taste. People often gesture an “OMG” face when they’re eating it.

The recipe says to put all ingredients in a food processor and puree them, and then add scallions and pulse twice. How specific and easy is that? She also advises that room temperature cream cheese ensures that the dip won’t have lumps. Directions like that make it feel like Ina’s right by your side as you’re making it.

I can’t remember the first time I made it, but remember the last. It was the 4th of July, and when I placed Ina’s dip on the table, I saw my friends, their now-adult kids, and their little ones eyeing it. I tripled the recipe that day because I knew what was going to happen. A crowd formed around the table and never moved until I brought out the second bowl. Three generations, all brought together by the love of one amazing dip.

From The Barefoot Contessa CookbookMakes 2 cups

Here is the most popular dip we make at Barefoot Contessa. Reminiscent of Russian dressing, it is updated with the intense flavors of sun-dried tomatoes and fresh scallions. This takes virtually a minute to make and can be served with crackers, chips, and fresh vegetables. Room-temperature cream cheese ensures that the dip won’t have lumps. The white part of the scallion has the most flavor, but the green also has flavor and it adds color and texture to the dip.

The Keto Diet, Sweet Potato Season, and the Perks of Voting | Healthyish