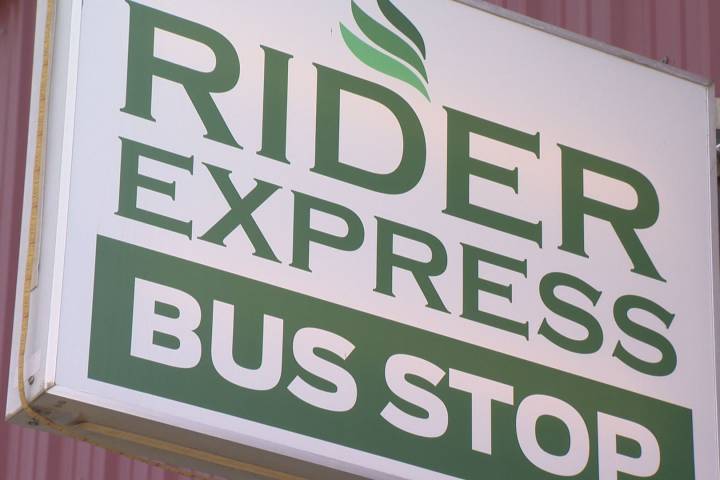 The last Greyhound bus in the west has passed through Regina for a final time.

Wednesday was the final day Greyhound buses ran west of Sudbury, ON, leaving rural residents across the province and western Canada in limbo.

“To me, it’s not right,” said Charlene Egar, a member of the Regina-based advocacy group Transportation For All.

Egar is confined to a wheelchair and relied on public and private transportation to travel across Saskatchewan.

“I went home for Thanksgiving weekend. My father had to come to Regina to pick me up. Their vehicle is not wheelchair accessible so he had to literally pick me up, out of my chair, and transfer me into the van,” she said.

Wednesday morning, federal Transportation Minister Marc Garneau told provinces that the federal government would be willing to undergo a cost-sharing exercise to subsidize some bus routes.

“We will be there with you to finance the running of bus services on these non-viable routes,” Garneau said.

Since July, when Greyhound announced it would be stepping out of the Western Canadian market, 87 per cent of the routes greyhound serviced have been taken over by private companies – but that means 13 per cent are still missing, and those tend to be the routes in the most remote locations.

“I have a brother-in-law that lives in Canoe Narrows that needs to go to Saskatoon for kidney dialysis. He would rely on Greyhound to get to Saskatoon for his appointments. Now, he’s relying on taxis and he can’t afford a taxi each time,” said Tina Millar, another advocate with Transportation For All.

Despite the possibility of financial assistance, Saskatchewan had no desire to create a new bussing subsidy.

“With STC being closed for two years, the private sector has stepped up. They’re covering off most of the routes that Greyhound had [and] we’re pretty pleased about that. Really, the Saskatchewan government has no interest in doing a heavy subsidy on [a] public bus service,” said Joe Hargrave, the minister formerly responsible for STC.

The private model has accommodated the most common routes, but Egar said it doesn’t have all the answers, particularly when it comes to accessible transportation.

Regina-based Rider Express only has two buses that are wheelchair accessible. They run from Winnipeg to Vancouver including stops in Regina, Moose Jaw and Swift Current and from Winnipeg to Edmonton, including a stop in Saskatoon.

That means, technically, those confined to wheelchairs could travel from Regina to Saskatoon, but it would take nearly a full day of travel.

“Going from here to Winnipeg and then to Saskatoon, that’s not an option for me,” Egar said, explaining the duration of the trip, as well as bathroom and food breaks,  makes the journey difficult for disabled passengers.

“[The province] needs to step up and fill the gap. There are thousands of us that need to get to different locations that are confined to a wheelchair, that can’t do vehicle transfers,” she said.

Hargrave said he wasn’t worried about accessible transport, noting that they’re expanding all the time. They’re looking at putting on more accessible [buses], they’re starting to move there. They just didn’t have the finances to do everything at one time.”

Rider Express mentioned earlier in the month that they planned to have wheelchair accessible buses. Two buses have been purchased, Rider Express did not say whether or not they were looking to add more to the fleet.

They did say that if the province was interested in the federal subsidy, they would look at expanding their services to more remote locations in the province.