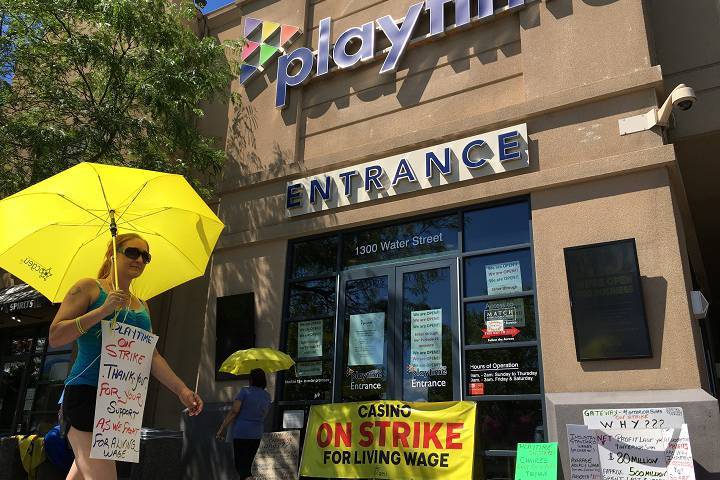 It appears the four-month strike between Gateway Casinos and its unionized workers is over.

On Thursday morning, the B.C. Government Employees Union said in a four-sentence email that “After many days of extensive and vigorous bargaining we reached a tentative agreement with the employer.”

The email also said full details of the agreement will be released next week at ratification hearings, and that picket lines will remain in place.

The strike began in late June, when workers at Gateway Casinos in Kelowna, Kamloops, Vernon and Penticton walked off the job. The strike involved approximately 675 workers and had just entered its fifth month.