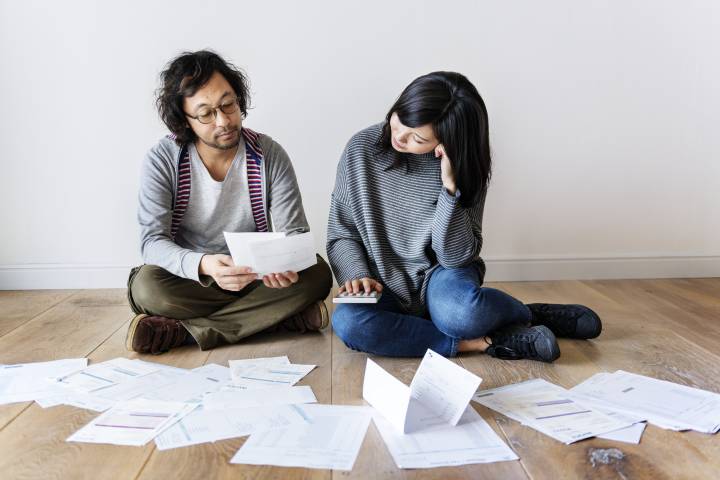 Canada’s stricter mortgage rules are forcing more homeowners to borrow from so-called private or alternative lenders, often at sharply higher interest rates than would be available through a bank.

The new mortgage rules impose lower limits on the amount consumers can borrow compared to their income but spare homeowners who are renewing their mortgage, if they stick with their current lender. This suggests that the majority of those turning to private lenders for refinancing are doing so because they need to add to their existing mortgage, John Pasalis, president of Realosophy told Global News.

“So, who are all of these homeowners turning to private lenders?” Pasalis wrote in a blog post introducing the report.

Anecdotal evidence indicates they are “homeowners with great credit and fantastic jobs who are simply living beyond their means. Owners who accumulate debt each year because of countless expenses they hadn’t budgeted for that they can’t say no to (like house repairs, surgery for the dog, and hockey lessons for the kids who suddenly want to play).”

But the numbers also suggest it may be young families hoping to renovate their current home rather than move to a bigger house, often a prohibitively expensive move in the GTA. Generation X households account for over 40 per cent of the mortgage transactions and nearly half of the mortgage value provided by private lenders.

Another group that seems to be flocking to non-bank lenders is real estate investors. According to data from the Realoshopy-Teranet report, the growth in private financing was highest in municipalities that had the strongest investor presence.

The study is one of the first sources of hard data on how the private lending market has evolved since Ottawa began rolling out the tougher federal mortgage rules.

Though his own brokerage deals mostly with first-time homebuyers, who rarely have a reason to turn to private lending, he said Ottawa’s more stringent mortgage guidelines are prompting the banks to be more conservative in how they account for rental income. This is leading some real estate investors with mortgages coming up for renewal on rental properties to scramble for an alternative source of funding.

“People used to be able to buy rental properties on a single income,” he said. “Now they can’t refinance.”

Another type of borrower caught in the cross-hairs of the new mortgage rules is people who have bought a new house but haven’t yet sold their old home, Pinsky said.

In the past, he said, “they would have been able to carry two mortgages together.” Now, though, they’re finding out they can’t.

WATCH: Paying off your mortgage vs. saving for retirement

Private lenders can be investment corporations that pool capital from investors or individuals lending their own money.

“There are literally hundreds of them across the country,” said Rob McLister, mortgage planner at intelliMortgage.com and founder of rates-comparison site RateSpy.com.

Private lenders don’t take deposits so they aren’t subject to the stricter rules governing how banks and credit unions can lend money. As a result, private lenders are able to make riskier loans.

READ MORE: Need cash in a hurry? Here are the best and worst ways to get it

And while credit unions, which are provincially regulated, aren’t bound by Ottawa’s federal mortgage rules, many of them appear to be voluntarily complying by the new guidelines, Pasalis said. This means private lenders are often the only option for borrowers who don’t qualify for a loan under the stricter regulations.

Every mortgage broker Global News spoke with described private lenders as a short-term stopgap measure for borrowers who cannot access any other source of funding.

Pinsky described a recent client who accessed a private loan after inheriting a $900,000-home from his mother. The property was in disrepair, and had a $150,000 mortgage on it. The client had poor credit and tax debt, which meant he wasn’t able to get financing from a bank. In the meantime, the mortgage lender was foreclosing on his mother’s house.

Through a private loan, Pinsky’s client was able to get enough money to pay off his debt to the Canada Revenue Agency as well as the mortgage. Now he plans to refinance the loan with a bank as soon as his credit record is repaired.

READ MORE: What you probably don’t know about renewing your mortgage

“If you’re about to lose your home, getting a private mortgage and giving yourself time to sell (or take other measures) is better than losing your home,” McLister said.

For example, she said, she worked with a couple going through a divorce who was forced to use a private loan to finance the division of assets.

“If they had divorced in 2016 [before the new rules], they would have had no problems with starting their new lives,” Riley told Global News via email.

WATCH: What is the best way to consolidate debt?

The risks of borrowing from private lenders

Because private lenders are taking on higher risks, they also charge much higher interest rates than the banks.

“We’re talking 7-9 per cent interest plus 1.50-2.50 per cent fees for first mortgages and double-digit rates for second mortgages,” McLister said.

Private lenders also quicker than the banks to foreclose on a home if a borrower falls behind on their mortgage payments, he added. “And the fees and liquidation costs are brutal, almost to the point that some shadier privates even root for borrowers with high-demand homes and lots of equity to miss a payment.”

Borrowing on the private market makes sense when there is a strategy in place to go back to borrowing from a regular lender, Riley said.

“If there is no transition strategy available, then there should be an event that will allow for the funds to be repaid.”

But because of the recent increase in demand for private loans from well-qualified applicants, she added, “competition in this sector is heating up, and we are starting to see lenders not charge fees or increase their interest rates,” despite several rate increases by the Bank of Canada.

Still, another risk of borrowing from private lenders is that credit could dry up quickly if the economy hits a rough patch and housing prices start to decline, Pasalis said.

Because private lenders are taking on more risk, they are also more sensitive to market downturns.

“Hopefully we don’t get to that point,” Pasalis said.

But if we did, homeowners with no backup plan may be forced to sell their homes.