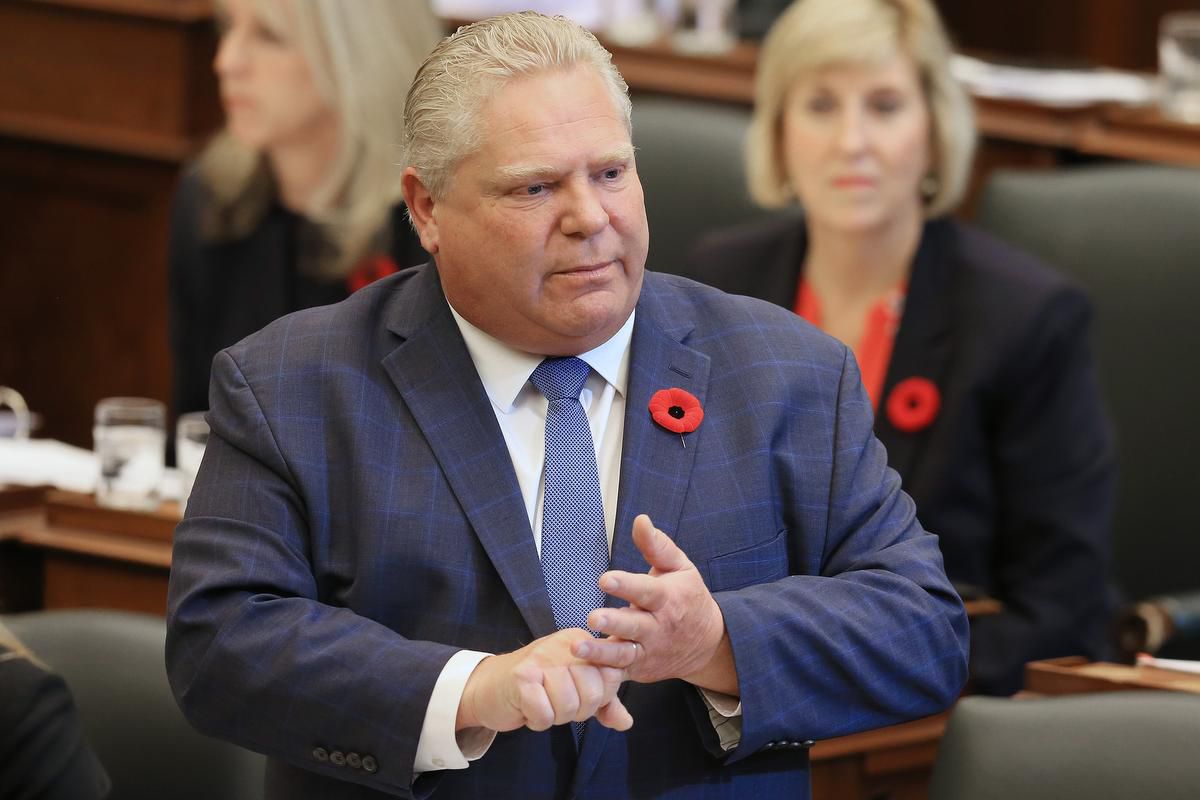 Denying NDP accusations of a “cover up” of the true reason for the dramatic departure, Ford said Wednesday that he personally approved a press release stating the veteran legislator was leaving only to seek treatment for alcohol addiction.

He added the accusers are free to “go to the police if they wanted to. They haven’t as of yet. They don’t want to.”

The departure of Kimber was not mentioned in the Wilson press release, which also stated the cabinet minister had gone a step further from resigning his economic development portfolio to quit the Progressive Conservative caucus of which he has been a member since winning his first provincial election in 1990. Wilson will sit as an independent MPP.

That was a red flag for reporters and political insiders that there was likely more to his resignation than troubles with alcohol.

“He was asked to resign,” Ford said of Wilson, noting that if the minister had not quit “he would have been fired immediately” and that his addiction trouble “is a real issue.”

The premier said he won’t reveal the conversation with Wilson but added “he understood…the situation. He understood he needed to leave the party.”

Ford, who was at the air force museum at CFB Trenton to talk about an upcoming program to help members of the military in Ontario, also had stern words for Kimber.

“He lasted about a minute when we found out,” the premier said before referencing both men.

Ford would not commit to publicly releasing the results of the third-party investigation of the two men and could not provide a time line for how long it would take.

Ford stressed he has “zero tolerance” for sexual misconduct in the government and said workers have the right to feel safe in their jobs.

Wilson was the premier’s most experienced minister and Kimber one of Ford’s top advisers.

Sources told the Star that Wilson stepped down from cabinet and caucus after a complaint from a male PC staffer about inappropriate behaviour.

Behind closed doors, cabinet ministers were being assured that was the “public story” while the “real story” was the staffer’s complaint.

Similarly, Kimber, the premier’s executive director of issues management and legislative affairs, left Friday after it emerged that texts of a sexual nature had been sent to female PC staffers in the past.

The allegations against the rising star emerged as he was gaining Ford’s trust. That burgeoning relationship left some rivals feeling threatened, sources told the Star.

However, insiders emphasize it was a coincidence that the departure of Wilson, whose chief of staff is Kimber’s wife, came on the same day as allegations surfaced about the issues manager.

Neither Wilson nor Kimber have returned messages seeking comment.

The minister’s exit triggered a hasty cabinet shuffle Monday, which was held behind closed doors at Queen’s Park early in the morning to avoid media attention.

All six of the shuffled ministers as well as the premier ducked reporters by leaving the swearing-in ceremony at Queen’s Park from a side entrance.

The opposition New Democrats have charged that the Tories are trying to “cover up” the scandals.