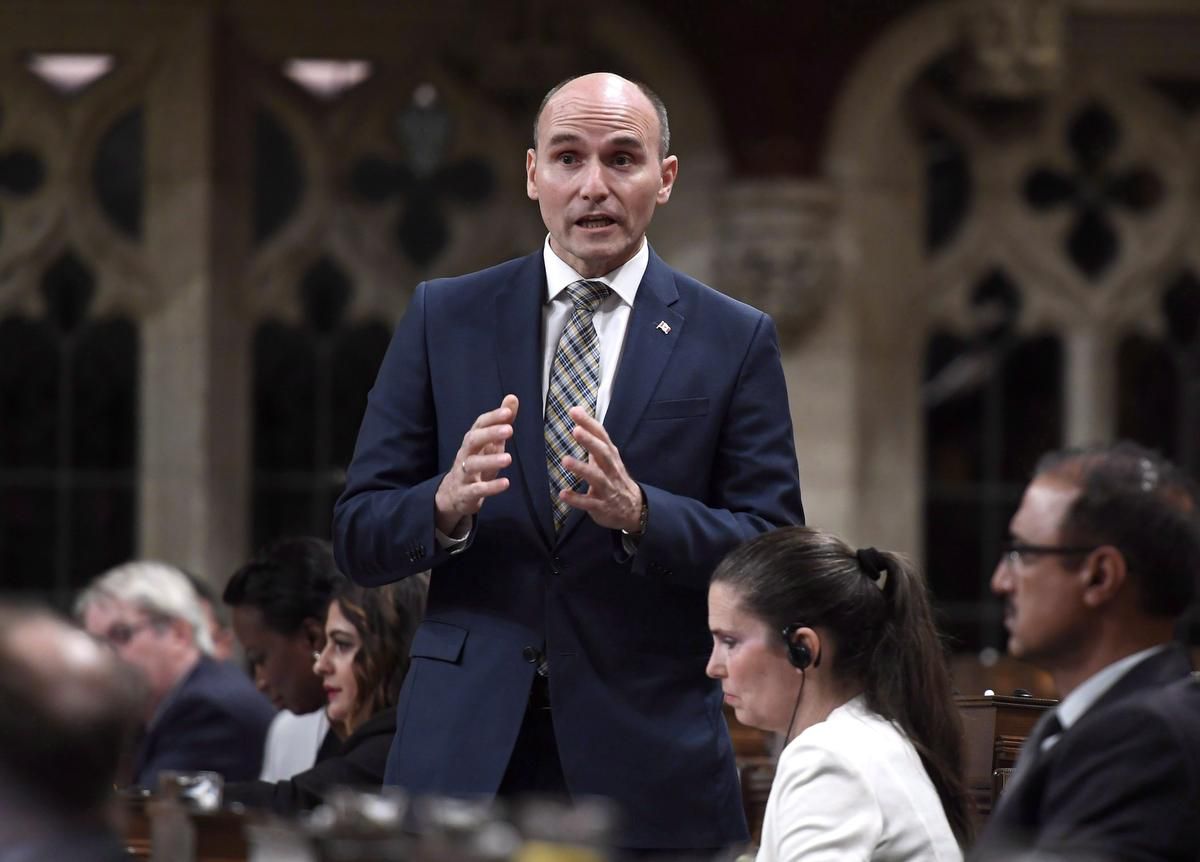 Bill C-87, if passed, would make the existing “market basket measure” — a Statistics Canada indicator of the cost of living that varies by region — the official poverty line. Using this measure, the bill would set poverty reduction targets the government “aspires” to meet: 20 per cent below 2015 levels by 2020, and 50 per cent below 2015 levels by 2030.

An advisory council made up of people appointed by cabinet would track progress toward these targets and report annually to the government, the bill says.

Families, Children and Social Development Minister Jean-Yves Duclos announced the new bill while visiting an Ottawa community kitchen Tuesday morning. He said the legislation will help demonstrate how initiatives like the Liberals’ frequently-referenced monthly payouts to people with children under 18 help reduce poverty in Canada.

“We are going to be much better equipped in the short and the longer term to support the federal government’s investments in poverty reduction, and to hold accountable this government and future governments when it comes to demonstrating that (they are) fighting poverty,” Duclos said.

“Our vision for Canada is to become a world leader in the eradication of poverty.”

Brigitte Sansoucy, a New Democrat MP from Quebec, said the Liberals have basically reproduced the major aspects of her private member’s bill with the same name, which was voted down by the government in 2016. But she said the Liberal bill falls short because it doesn’t include new spending for poverty alleviation programs.

“They voted against my bill, saying they would do better. Well, today I’m not seeing what there is that’s better,” Sansoucy said in French. “It’s yet again a government that’s happy with beautiful words instead of action.”

The Liberal government unveiled its poverty reduction plan in August. It includes programs like the child-benefit payouts, increases to the federal government’s income support for seniors, and billions slated for spending on public transit, housing, child care and tax refunds for low-income workers.

While some anti-poverty advocates said the new poverty line is a welcome way to start tracking whether these programs contribute to poverty alleviation, they also questioned whether it will capture an accurate picture of Canadians who might need more government support. Michèle Biss, legal education and outreach co-ordinator for Canada Without Poverty, said access to child care, quality food and proper housing, for example, might not get captured in the market basket definition of poverty.

“It is a larger scope that you need to look at, and we don’t want that to get lost in the conversation,” she said.

Developed in the late 1990s, the market basket measure defines poverty based on the cost of goods and services that represent a “modest, basic standard of living,” according to Statistics Canada. The measure is adjusted every year to keep up with inflation, but the goods and services included in the measure were last updated in 2011. The most recent measure, from 2016, varies across 50 regions. In Toronto, the cost of the market “basket” for a family of four in 2016 was $41,287 — meaning families with disposable income below that level would be considered under the poverty line once the measure is adopted by the government.

Statistics Canada is currently in the midst of a “comprehensive review” of the measure and will announce the results in 2020. The new bill says Statistics Canada will conduct such reviews on a “regular basis” to make sure the measure shows “the up-to-date cost of a basket of goods and services representing a modest, basic standard of living in Canada.”

Anita Khanna, national co-ordinator of the anti-poverty organization Campaign 2000, has previously called on Ottawa to use a different measurement for its poverty line. She said the low income measure, for instance, is simpler and easier to compare internationally. Instead of surveying the cost of goods regionally, the low income measure pegs poverty at a certain level below the median income.

That would make periodic reviews of the poverty line easier, Khanna said, since it is based on income instead of spending. The government wouldn’t have to reassess the cost of goods and services every few years, she said. The current market basket measure also doesn’t have cost-of-living thresholds specific to First Nations or the Territories — something Khanna would like to see.

“There are certainly some question marks. I mean, I’d say, it’s pretty transparent what’s in the basket now needs to be updated,” Khanna said.

David Macdonald, a senior economist at the Canadian Centre for Policy Alternatives, said it’s been difficult to assess government spending on poverty reduction, because there’s never been an official benchmark to use to measure progress. While Tuesday’s bill includes targets for reduction, Macdonald said he’ll be watching for what the government does if it is found to be falling short on alleviating poverty in the coming years.

“That’s where there is political will — or not,” he said. “That will be the real test.”

Bill C-87 would make Statistics Canada’s market basket measure Canada’s first official poverty line. If passed, people with disposable income below a certain threshold would fall below the new poverty line. That threshold is based on the cost of a “basket” of essential goods and services, and varies by region across the country. Statistics Canada’s most recent basket measure is from 2016.

Here are the thresholds from that year for a family of four in different parts of the country: