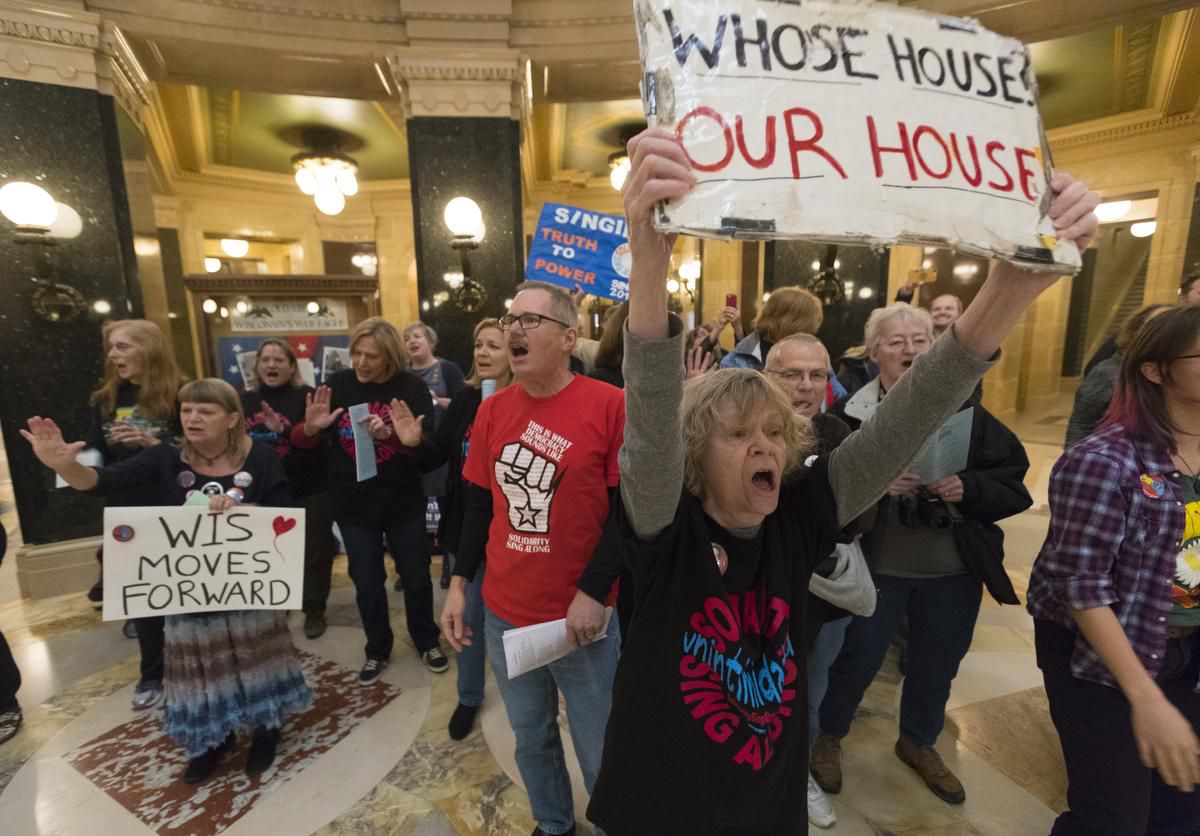 WASHINGTON—Democrats took the House. Republicans expanded their margin in the Senate. And Americans were left wondering what exactly it all meant.

The midterm elections on Tuesday were much better for Democrats than for Republicans: Democrats seized the prize they had been targeting all along, House control, plus seven governorships and hundreds of seats in state legislatures. But Republicans were comforted by their own victories in some key races, and the president, as per usual, claimed to be vindicated.

Here are nine lessons from a big night:

Right now, it is not the economy: Democrats campaigned largely on health care, Republicans heavily on immigration. But this election was about Trump more than anything else, defying the “economy, stupid” mantra that has become conventional wisdom about election outcomes.

About two-thirds of voters thought the economy is good or excellent, exit polls suggested. But a majority of them still thought the country was heading in the wrong direction, and Democrats appeared to win the House popular vote by about seven percentage points. Even a continued run of unemployment under 4 per cent might not be sufficient for Trump and his party in 2020 if he continues to behave like himself.

Trump’s appeal is limited and shrinking: Trump has a loyal base, sure, but not all of his 2016 voters remain part of it. About half of Democrats’ pickups in the House came in districts where Trump prevailed two years ago.

This was a suburban uprising. Democrats took Republican seats not only around Detroit, Chicago and Minneapolis but in harder races around Oklahoma City, Dallas and Kansas City. The results showed Trump cannot build a national majority on anger and fear.

Trumpism still works in chunks of the country: Trump targeted his apocalyptic immigration rhetoric at rural and working-class white voters in conservative states where there were Senate races. To Democrats’ dismay, it seemed to be effective.

Trump has a Great Lakes problem: Democrats dominated in Great Lakes states where Trump exceeded 2016 expectations. In Pennsylvania, Michigan and Wisconsin, the three states Trump eked out to win the presidency, Democrats won both the governorship and the Senate race. Democrats also dominated in Minnesota, where Trump came close in 2016.

Trump could win all four states in 2020 depending on who Democrats put up against him. But his standing is not where he needs it to be in a region that may well be pivotal again.

Democrats still have an Ohio-and-Florida problem: Trump won the two perpetual swing states in 2016. Republicans did well once more this year, again on their strength with rural and working-class whites.

Though popular Democratic Sen. Sherrod Brown prevailed, his margin was smaller than most polls suggested. Democrats also lost the Ohio governor race they thought they could win. In Florida, they lost both the governor and Senate races in which they had high hopes, both to Trump-backed conservatives who excelled in the culturally southern Panhandle region.

One downer for Republicans: a big liberal victory on Tuesday might make Florida’s 2020 landscape substantially different. Voters approved a provision to automatically restore voting rights to most ex-felons, who are disproportionately people of colour.

Obamacare is…popular: After consecutive midterms in which Republicans successfully assailed Obamacare, the tables have turned. Democrats won the House campaigning on a platform of defending Obamacare protections for people with health conditions.

And it wasn’t only that: voters in three conservative states, Idaho, Nebraska and Utah, voted to use Obamacare to give Medicaid health insurance to tens of thousands more low-income people, a move their Republican politicians had refused to make.

And, uncoincidentally, women were the candidates. The election shattered a record for the number of women winning House races, more than 100 in all (the chamber has 435 seats) and more than three-quarters of them Democrats, according to the Center for American Women and Politics. Perhaps even more notably, female candidates were responsible for about half of Democrats’ House gains.

The Democratic presidential primary will likely be a many-candidate free-for-all, men and women. Unusually, the women might start with an advantage.

Scandals matter less now: It’s hard to prove cause and effect, but Trump might have helped lower the bar for what a candidate can get away with. Two Republican congressmen who have been charged with crimes, California’s Duncan Hunter and New York’s Chris Collins, both got re-elected, though by slimmer margins than in the past. Republican Iowa Rep. Steve King, under fire for his support for white nationalists, also won a narrower-than-usual victory. Democrat Keith Ellison, accused of abuse by an ex-girlfriend, was elected attorney general of Minnesota.