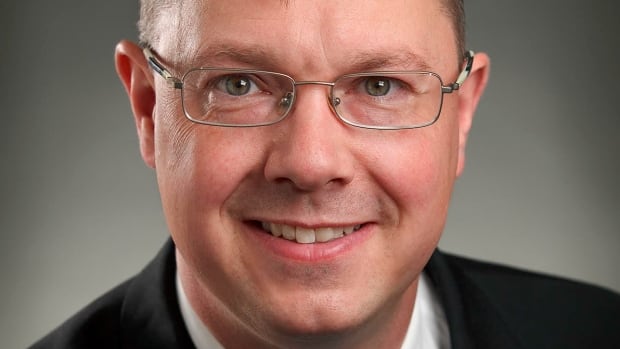 The United Conservative Party needs to remove a member that compared rainbow pride flags to swastikas, says an LGBTQ advocate.

On Saturday, Calgary lawyer John Carpay with the Justice Centre for Constitutional Freedoms spoke at a conference organized by Rebel Media, a far-right media organization that has been criticized for sympathetic coverage of white supremacy.

« How do we defeat today’s totalitarianism? You’ve got to think about the common characteristics. It doesn’t matter whether it’s a hammer and sickle for communism, or whether it’s the swastika for Nazi Germany or whether it’s a rainbow flag, the underlying thing is a hostility to individual freedoms, » Carpay said.

CBC News has reached out to Carpay to ask him to clarify his comments.

Carpay is the lawyer behind a lawsuit challenging the Alberta government’s bill that protects students from being outed by teachers if they join a gay-straight alliance.

The claim states that gay-straight alliances — peer-support groups that are meant to tackle bullying and provide supportive environments for LGBTQ students — are « ideological sexual clubs. »

« I thought the comments were absolutely offensive and require immediate action, » said Kristopher Wells, an LGBTQ advocate and associate professor at MacEwan University specializing in sexual and gender minority youth.

« The true motivations are crystal-clear now of the kind of hate and homophobia behind this kind of opposition. I think Jason Kenney needs to immediately suspend this person from the UCP party and denounce this kind of homophobic hatred. »

« Of course we do not believe the rainbow flag has any equivalency to fascism and communism — ideologies that have been responsible for the deaths of well over 100 million people.

« The UCP is a big-tent party that supports the rule of law, equality of all before the law, and protection of the fundamental rights and freedoms of all. In that light, the UCP hosted Pride breakfasts in both Edmonton and Calgary this year. »

Carpay is a UCP member who spoke to resolutions at the party’s policy convention this spring.

In 2017, Kenney spoke at a Justice Centre for Constitutional Freedoms event, comparing Carpay’s work to that of civil-rights activist Rosa Parks and asking people to donate to Carpay’s organization.

The leader said at the time he was looking to create a database to screen out extremists from seeking party memberships.

Kenney’s spokesperson did not immediately respond to a request for comment on whether or not Carpay’s views about the LGBTQ flag would qualify him as an extremist member of the party.

« To equate the Nazis with the movement for equality for LGBTQ people is abhorrent, » said Duncan Kinney, the executive director of left-leaning advocacy group Progress Alberta.

« Jason Kenney was just in the media last week talking about how he’s going to create a database to keep extremists out of the UCP. This is an extremist in his ranks … Kenney has spoken warmly about the human rights work Carpay has done. »

Wells said he’s worried homophobia is on the rise, and called on all parties to denounce anti-LGBTQ hate speech.

« I think all parties and leaders should be denouncing this kind of homophobia, it just has no place in our society, in fact I believe the Alberta bar association should look at revoking this individual’s membership to practice law in Alberta with these kind of hateful and discriminatory attitudes, » Wells said.

« Some of the rhetoric we’re hearing from UCP party members and candidates, it emboldens people to come out with these hateful attitudes and start to dehumanize and attack minority groups who are very vulnerable in our society. »

He volunteers his time to advise Toronto tenants. In this rental market, he’s a busy guy