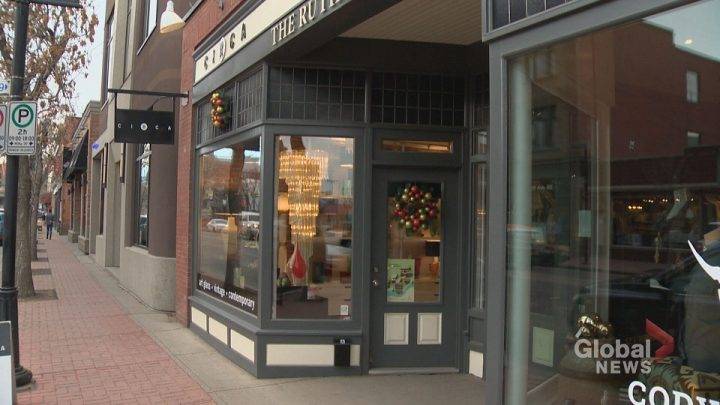 Calgary businesses are taking a hard look at Wednesday’s municipal budget, as fear persists of another increase in non-residential property taxes.

Although it remains unclear how businesses will be impacted by the budget, some business owners are preparing to take another hit.

Circa Vintage Art Glass in Inglewood sits in the shadow of the city’s struggling downtown core. Brian Imeson has been the owner and operator for 16 years, selling vintage art glass from Europe dating back to the 1940s through to the 1960s. It’s a unique and niche business, but Imeson has felt the impact of increasing taxes in the last few years.

“Based on what we experienced last year with the really huge increases, I think the fear is really what’s around the corner for us for 2019,” Imeson said.

Luckily for Imeson, Circa Vintage Art Glass has a small square footage, so he has been able to pony up funds to pay for the increased taxes, but he said other businesses in the area don’t have that luxury.

“It’s been a tough time for small business in Calgary for the last few years,” Imeson said. “If you’re not seeing a lot of increases in your business but your costs are going up in the form of tax base and whether its wage scenarios as well, it’s sort of double fold in several ways.”

Over the past couple of years, the city has been trying to make up for lost tax revenue due to the high vacancy rates in the downtown core. Businesses outside that area have been left to shoulder the tax burden.

City council had approved $41 million and $45 million to cap the increase at five per cent. But to get to that same level this year, it would require an $89 million investment — an unsustainable venture, according to city council.

City Manager Jeff Fielding said there would be proposals to help mitigate increases again this year, but that would leave increases at around 25 per cent.

At a press conference on Wednesday afternoon, Mayor Naheed Nenshi reassured small businesses that council is aware of the issue and is working on solutions.

“We’ve got your back, we’ve had your back the last couple of years,” Nenshi said. “There are creative solutions out there and we’ll have a solution for that in January.”

The Canadian Taxpayers Federation (CTF) also chimed in, suggesting a solution might be cutting spending altogether.

“I think one crucial point that hasn’t been addressed as it should be is: we need to cut spending here, we need to get our fiscal house in order,” said Franco Terrazzano, Alberta director of the CTF. “We can’t just keep shifting tax burdens on people. Businesses can’t afford it.”

At Circa, Imeson is hopeful for a solution, but continues to wait patiently.

“I think it’s a bit dire,” he said. “I don’t want to scream that the sky is falling but I think there needs to be a really hard look at how this can be resolved to help preserve small business.”

According to commercial real estate services and investment firm CBRE Ltd., downtown vacancies were still high in the second quarter of 2018, with an overall office vacancy rate of 27.8 per cent.

Ford breaks promise to keep pot stores away from schools