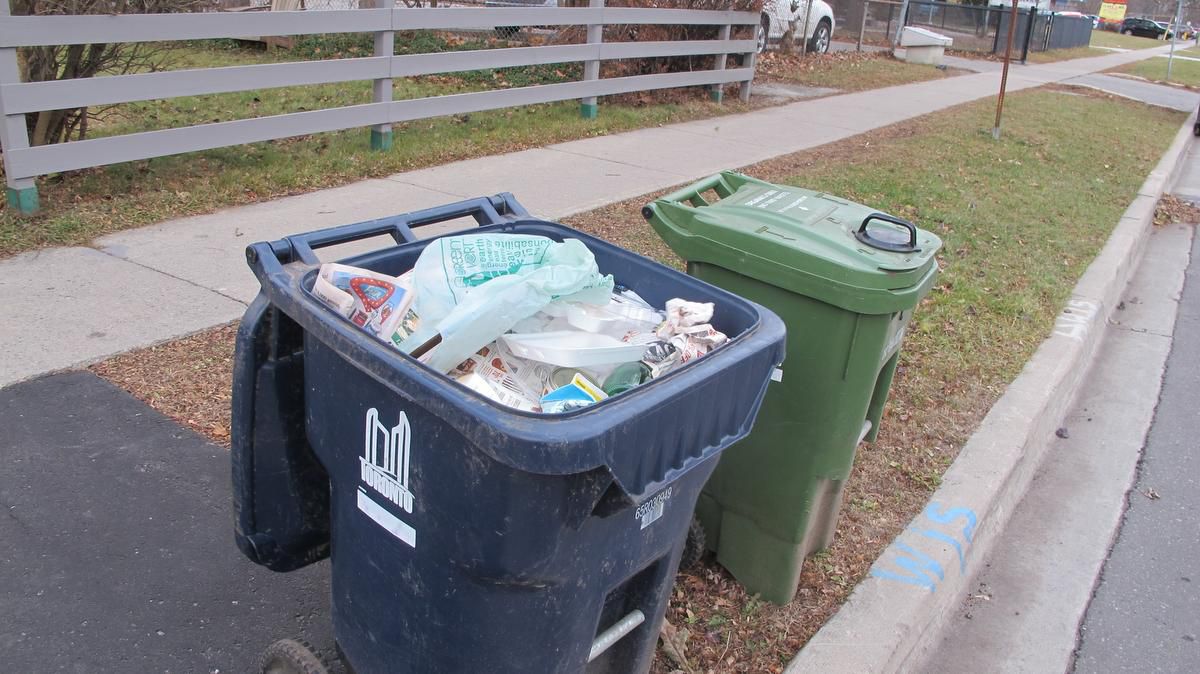 One of the strategies Toronto bureaucrats are dreaming up to get you to sort your waste correctly is to slap offenders with a fine, charging and punishing them as if they are random scofflaws.

Well, let’s see how this is going to work for them. Issuing fines would be a single most destructive step — one severe enough to destroy the goodwill built up over the last 30 years of more environmentally friendly waste management in the GTA.

I just spent the entire morning, after spending an hour last night, trying to figure out what is allowed in the green bin, the blue box and the garbage can in Toronto — as opposed to in Pickering, or Markham, or Mississauga.

The prerequisite for such research must surely be a postgraduate degree in garbology. There must be a squadron of bureaucrats, stretching from Clarington to Burlington, who derive great pleasure in frustrating the life out of residents. The blizzard of choices and options is such that you should not depend on all that you read here. I’ve checked and double checked and am still not certain.

It seems that Toronto wants you to line your green bin receptacles with the omnipresent plastic grocery bags, not the biodegradable ones you would think they’d demand. Peel Region insist on no plastic liners.

For some reason, after more than three decades since the blue box came to North York, our neighbouring municipalities cannot come up with a single system that informs the more than 6 million of us on what goes where.

When you live in a region where the rules differ from one neighbouring city to the next, you are trading in confusion. Our citizens move seamlessly across the region, not just daily but sometimes hourly. Who can blame the resident for throwing up the hand in resignation?

Long ago, I stopped trying to figure out which drink box and drink cup is acceptable in the blue box. Depending on how my day is going, it either all goes in the garbage bin or it all goes in the recycling bin.

Imagine, some friends are over. They know I have been a bit of stickler for putting waste in its proper stream before they knew what a blue box was, so they try. But even now, they approach the waste separation centre with trepidation.

“Oh, you can put the organic stuff in plastic shopping bags? We can’t do that in Pickering,” one visitor said last week. The Starbucks lover approached with, “Where do I put this?”

“Where do I put the clear plastic cutlery? Garbage right?”

Ahh, no — not in Toronto. We recycle those, I think. But cling wrap and coffee cups and laundry soap boxes and nail clippings are, well, garbage.

We’ll recycle your shampoo bottles but not your plastic tubes that dispense shampoo, or cream or toothpaste.

Listen, you figure it out.

You can put kitty litter in the Toronto green bin, but not pet hair; everywhere else, it’s the opposite. Aluminum everything is accepted in York Region’s blue boxes; in Toronto, aluminum foil is forbidden but aluminum other things are treasured.

Who would have thought that diapers and feminine hygiene products would be welcomed in the green bin? They are in Toronto, but don’t try it at points east of Scarborough or west of Etobicoke.

Want to keep “garbage” out of the blue box? It’s nearly impossible now. For one, it depends where you live and what rules that city has cooked up to confuse you. Secondly, garbage isn’t, well, garbage. We are asked to put it in the garbage bin because your particular city can’t process it; or has no markets for it; or opted to use a firm that can’t process it; or doesn’t have equipment at the recycling plant to separate the recyclables from the disposables headed for the landfill.

Rather than fine and harass people who can’t figure out the needlessly complex set of rules and exemptions governing what is recyclable, compostable, and disposable, we should fine the people responsible for this befuddling mess.

If you want to levy fines, levy them against the people who came up with a regimen that is confusing, frustrating and, eventually, dispiriting. It literally forces you to give up.

So, though I like Raptors analyst Jack Armstrong, hired to apply his signature call to the problem of mixing garbage with recyclables, Armstrong should be telling the city, not residents, to “Get this garbage outta here.”

Royson James is a former Star reporter and a freelance columnist based in Toronto. Follow him on Twitter: @roysonjames