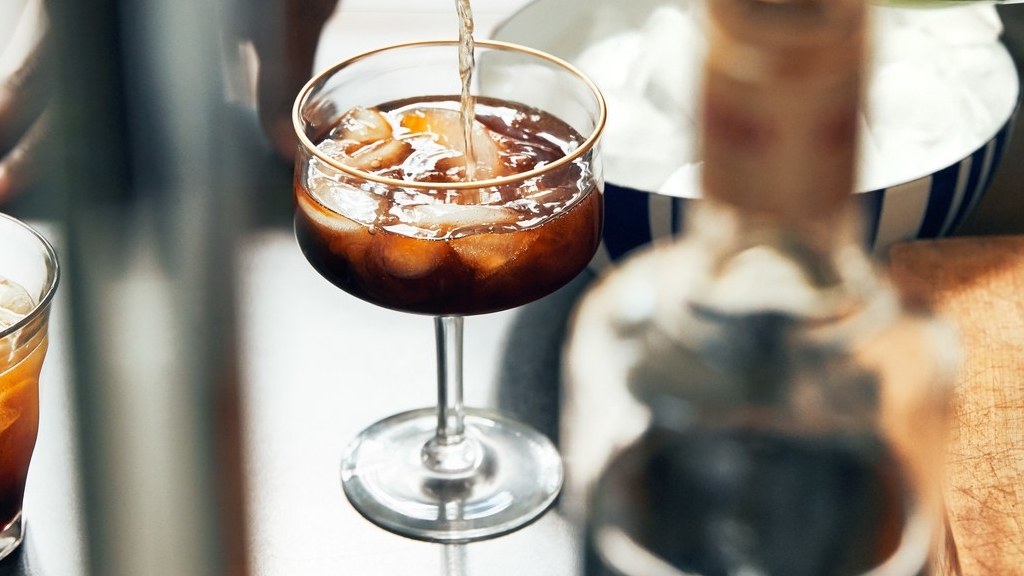 Picture this: It’s Thanksgiving. You’re wearing an unflatteringly large sweater and stretch pants. You’re with your family—the extended version, including that great-aunt with ”interesting“ politics and your cousin’s girlfriend whose name no one can remember. There’s a turkey in the oven (hopefully Andy Baraghani’s dry-brined glazey guy), a scary-looking centerpiece made of dead branches your sister foraged from the yard, and a whole mess of sides at varying levels of doneness vying for counter space. Your brother just brought up the Midterm results. What do you need most right now? You need a drink.

This is the mental image I’m conjuring in my office at 4 p.m. on the Friday before Thanksgiving. I’m practicing for the Big Day in the Test Kitchen with Molly Baz, inventor of Thanksgiving 2018’s official It-Drink: the Fall Spritz. It tastes complex, but making it is even simpler than last year’s Thanksgiving’s punch: Six ounces of Basque-style dry hard cider (I opted for Barrika, but Isastegi Sagardo is a good option too) plus 1.5 ounces of amaro (Averna if you have it, but just about anything will work), poured over ice and finished with a twist of orange peel. That’s it.

“See, I’m not trying to stop drinking Aperol spritzes just because summer is over,” says Molly. “This carries the spritz right on over into fall.”

Because it’s 4 p.m. on a Friday in the Bon Appétit Test Kitchen, several other staffers are milling about. I make the drink for all of them, portioning it into large white wine glasses filled to the top with ice cubes (the more the better; you want this baby frosty, and a slight watering down by the ice as it melts is a good thing).

The key here is the magic ratio: four parts cider to one part amaro. You could measure, or you could just eyeball it. Really, says Molly, it doesn’t even matter what type of amaro you use; just go for whatever you have on hand. Aiming for a “medium” option that balances bitter, sweet, and citrus will work particularly well against the dry tang of the cider—we tried Meletti and felt quite positive about the results. Remember, you’re using Basque-style cider here, which means there’s barely even a hint of sweetness coming from the apples. Just funky tartness, nice and cloudy and unfiltered. Combined with the amaro’s herbaceousness and the fragrance of the fresh orange peel, the result is a fresh, floral, light-bodied sipper that’s not too boozy to double (or triple, or quadruple) up on.

“There’s funk for the millennials and bright clean flavor for the moms,” says associate social media manager Emily Schultz, sidling up to the table with glass in hand.

“Yeah, and you could drink it forever,” says digital restaurant editor Elyse Inamine between slugs. “I feel like this is perfect for when you’re stuck at the table because your uncle is telling a really long story.”

Associate editor Christina Chaey joins the party. “It’s nice to have a cocktail that feels composed without having to do much work,” she says, with gravitas. “In fact, this is a cocktail you could make without owning a single bar tool.”

She’s right: The easiness of this cocktail is hard to overstate. Which works just as well if you’re playing guest, and not host, this Thanksgiving. You could pop by the liquor store on your way to dinner, grab a bottle of amaro, a few bottles of cider, and an orange, and arrive looking not like the deadbeat who didn’t cook anything and never does (🙋🏻), but a hero with a very sophisticated palate. Just put the bottles on the table, bust out some glasses and an ice bucket, and let everyone fend for themselves. Because it’s spritz-o’clock, and that’s always something to be thankful for.

When to Use a Food Processor vs. a Blender