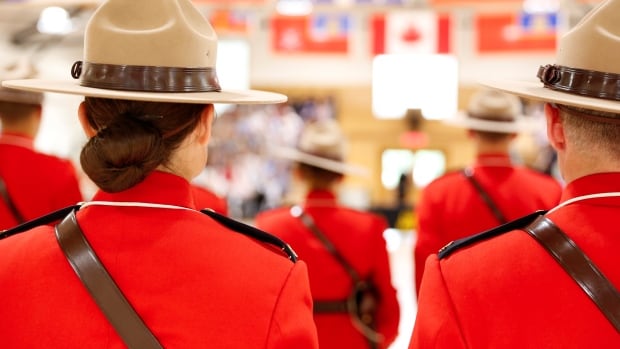 The « need to seek additional funds » was flagged in a briefing note from RCMP Commissioner Brenda Lucki to Public Safety Minister Ralph Goodale, obtained by CBC News through access to information laws.

In 2016, Bob Paulson — then the RCMP commissioner — delivered a historic apology to female officers and civilian members as part of a settlement in two class-action lawsuits.

The settlement — known as the Merlo-Davidson settlement after plaintiffs Janet Merlo and Linda Davidson — covers all women who were harassed while working for the RCMP during and after September, 1974. Each victim is eligible for a payout of between $10,000 and $220,000.

As the settlement was announced, the government set aside $100 million to cover the claims but left open the option of increasing the sum.

That $100 million fund was established back when the RCMP expected about 1,000 people to submit claims. Instead, the assessor’s office received more than three times that number of claims.

« The RCMP will soon determine the amount of incremental funding required to pay for both the compensation awards to claimants above those originally estimated and the resulting impact on the assessor’s office, » wrote Lucki back in June.

The RCMP won’t say how much extra money they’ll need.

« Every claimant who is determined by the independent assessor to be eligible for compensation will receive the amount she is entitled to under the settlement, however, we are not in a position to speculate on the total amount at this time, » said RCMP spokesperson Staff Sgt. Tania Vaughan in an email to CBC.

Scott Bardsley, a spokesperson for Goodale, said the department hasn’t yet received a request for funding from the RCMP but is expecting one. Once it arrives, it will be forwarded to the finance department.

Last fiscal year the force paid out $6.7 million to 144 claimants and more than $12 million in legal fees, according to the annual Public Accounts tabled recently in Parliament. The deadline to file was extended until May of this year.

Goodale has called publicly for a « new culture » within the force, one free of « workplace harassment, bullying and sexual misconduct. »

« Those suffering mental anguish as victims must have access to the help and support they need to heal, » he wrote in a blog post this summer.

David Klein, one of the lead lawyers in the RCMP class action lawsuit, said the boom in the number of claims is a good thing.

« We’re encouraged that women have felt sufficiently comfortable to come forward and tell their stories, » he said. 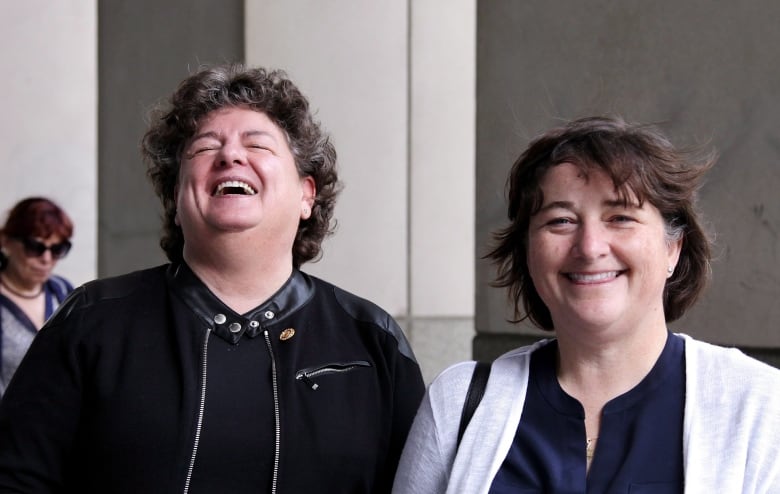 Retired RCMP officers Linda Davidson, left, and Janet Merlo share a laugh outside Federal Court in Toronto on Wednesday, May 24, 2017. Davidson and Merlo were representative plaintiffs in a class-action suit against the RCMP on behalf of sexually harassed female employees. (Colin Perkel/Canadian Press)

« We think the increased numbers sends a message to the RCMP and all employers that this is something that needs to be taken seriously and addressed, that everything that can be done to address sexual harassment in the workplace should be done. »

The briefing note says the forecast of 1,000 claims was based on « the information that was available at that time. »

« During the claims window, greater societal attention became focused on issues of harassment and discrimination, including the rise of the #MeToo movement, which may have contributed to the greater-than-expected number of claims being submitted, » it says.

As of Nov. 15, 2018, independent assessor Michel ​Bastarache — a former Supreme Court justice — had waded through about a quarter of the claims, rendering 809 decisions out of 3,131 claims.

Late last month, the Federal Court assigned Lynn Smith, a former judge with the British Columbia Supreme Court, as an additional assessor « to ensure the expeditious processing of claims. »

Successful claimants are awarded compensation on a sliding scale, ranging from level one claims — which cover sexualized comments —  to level six claims involving « forcing [the] complainant to engage in penetrative sex acts. »

Guy Versailles, a spokesperson for the assessor’s office, said the office isn’t ready to provide a breakdown of how many claimants have been assessed at each level so far.

« We do not give numbers beyond those on our website. Complete breakdown by categories will be given in our final report, » he said in an email to CBC.

Versailles said the assessor’s office expects it will take another 18 to 20 months to process all the claims.

The RCMP could be on the hook for even more money if a second class action is approved. Earlier this year, lawyers for two veteran male RCMP officers filed a $1.1 billion class action claim in federal court that seeks compensation for thousands of past and present employees for what they claim is widespread « bullying, harassment and intimidation. »

Canadian spending on health care expected to increase by 4.2 per cent over last year, report says