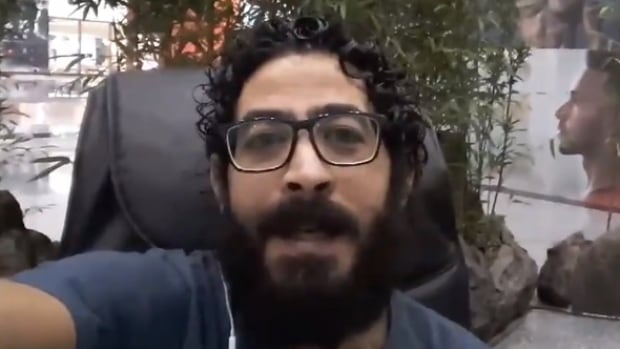 The Syrian refugee who spent seven months living in limbo at a Malaysia airport has announced on social media that he is on his way to Canada.

« For today, I am in Taiwan international airport. Tomorrow I will be reaching my final destination Vancouver, Canada, » Hassan Al Kontar said in a video posted on Twitter Monday.

Laurie Cooper, part of a group in Whistler, B.C., that has been raising money to sponsor the 36-year-old, said she learned a few days ago that his release from Malaysia was imminent.

« It’s unbelievable after all these months, » said Cooper. « There’s a lot of tears and a lot of joy. »

Al Kontar, who is from Dama, Syria, worked as an insurance marketing manager in the United Arab Emirates from 2006 to 2012. He eventually lost his work permit after the Syrian conflict broke out in 2011, and was left scrambling to find a country that would issue him a visa so he would not have to return to Syria. 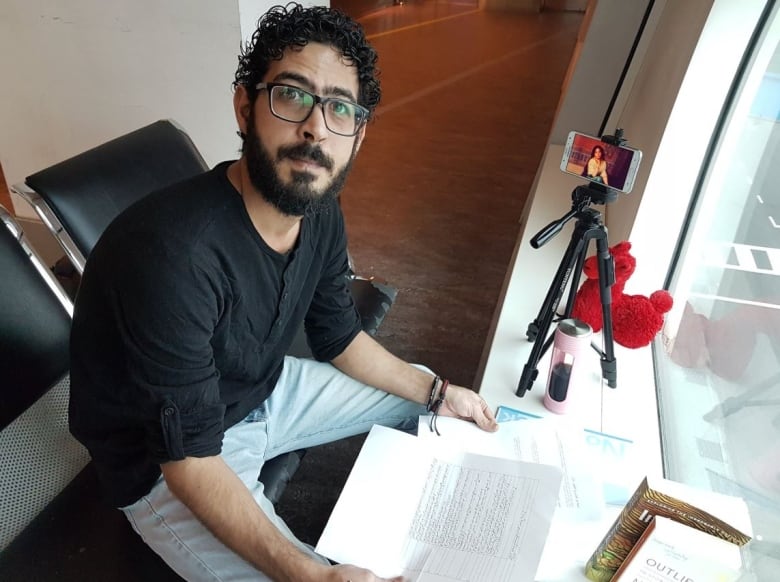 In March, he was turned away from a Turkish Airlines flight at the Kuala Lumpur airport, causing his three-month Malaysian work permit to expire.

Unable to find a country that would issue him a visa and unwilling to return to Syria, he became stranded in the transit area of the airport where he started documenting his existence on social media with posts that were sometimes funny and sometimes heartbreaking.

In April, Al Kontar told CBC News he couldn’t return to Syria because he is wanted for military service and fears he’ll be arrested upon landing. He’s also Druze, a minority religious group in Syria that has been targeted by extremist groups.

On Oct. 1, he was arrested by Malaysian authorities at the airport and moved to an immigration detention centre where he’s spent the past two months, raising fears he would be deported to Syria.

Cooper said she didn’t have many details about how officials at Immigration, Refugees and Citizenship Canada came to secure his release, other than staff from the Canadian High Commission in Singapore had been involved.

« They did send someone, at least twice, to undertake all the interviews and medical tests that were required for him to meet the criteria for sponsorship, » said Cooper. « I’m very grateful for everyone who stepped up to handle a really difficult situation. » 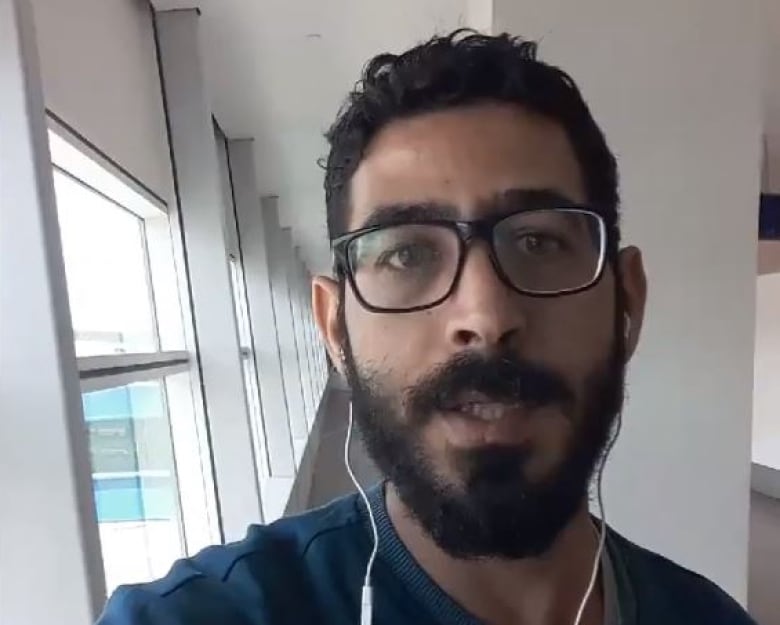 Before his arrest, Hassan al Kontar, 36, had been posting videos blogs of his daily life at KLIA2, Kuala Lumpur’s budget terminal, on Twitter and Facebook. (Hassan al Kontar/Twitter)

Al Kontar was co-sponsored to come to Canada as a refugee through Cooper and the B.C. Muslim Association.

Upon arrival he will initially be living at Cooper’s home. He has also been offered a full-time job at a Whistler hotel.

« I’m not sure what his mental and physical state will be when he arrives, so the first thing will be to give him a few days to rest and recuperate and then we’ll talk about what his next steps are, » said Cooper.

In his Twitter video, Al Kontar apologizes for his overgrown beard and hair and says he is looking forward to the future.

« For the last eight years it was [a] hard, long journey. The last 10 months was hard. I could not do it without the help of my family, my Canadian friends, family and my lawyer, » he said.

Doug Ford is becoming a liability for Andrew Scheer

100 years later, Alberta remembers the devastation of the Spanish Flu