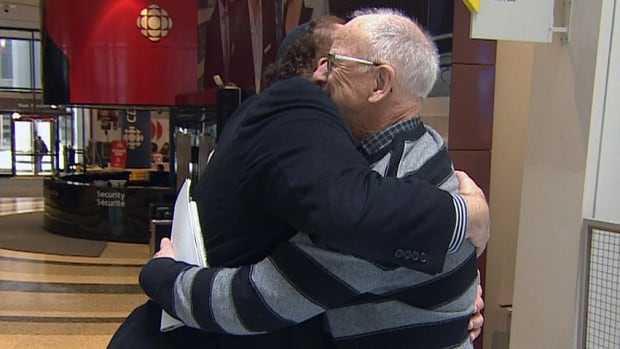 The hug was decades in the making.

On Sunday, Newfoundlander Ernest Condon embraced the son of his longtime friends, Lewis and Grunia Ferman — Jewish resistance fighters who survived the Holocaust and sought refuge in St. John’s.

« Oh my gosh, Eileen, he looks like Lewis, » Condon, 75, said excitedly to his wife as Alan Ferman walked toward him at the Canadian Broadcasting Centre in Toronto.

Newfoundlander Ernest Condon recently reunited with the son of his longtime friends – Jewish resistance fighters who survived the Holocaust and sought refuge in St. John’s. 2:04

« Your family and my family were so close. »

Ferman’s family history in Newfoundland is finally coming to light after a sign for his family’s clothing store, Lewis Ferman and Co., was recently uncovered in downtown St. John’s.

Alan said many people are now contacting him with stories about his parents. Lewis and Grunia both escaped Jewish ghettos in Nazi-occupied Poland and survived the war. Afterwards, they moved to Austria, Venice and Rome before learning they had family in St. John’s. They crossed the Atlantic in 1947.

Despite the horror that sent his parents to Newfoundland, Alan said they were lucky to discover the place — even if they’d never heard of it before getting on the plane.

« When they landed in Newfoundland, they told me they felt so at home instantly, because people embraced them and were warm to them and kind to them, » he said.

Alan and Condon had met briefly back in 1995, when Ferman’s parents were given honourary degrees at Memorial University, but hadn’t been in touch since. That had gnawed at Condon, who still had stories to share with the younger Ferman. 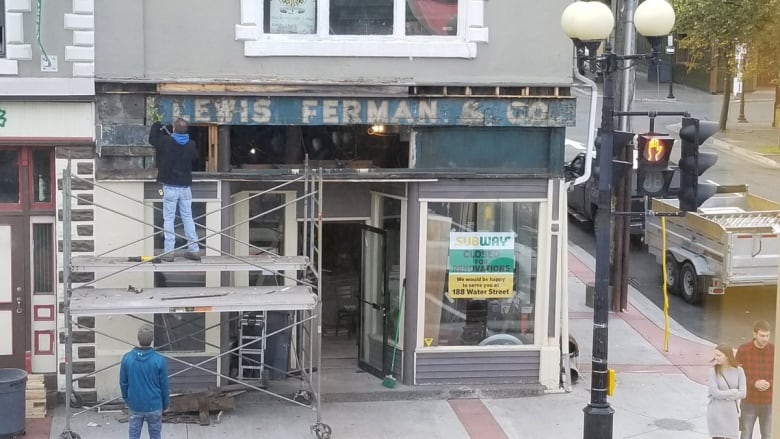 The Lewis Ferman & Co. sign as it looked when intact. it had been hidden under the signage for a Subway restaurant in downtown St. John’s and was recently uncovered. (Provided by Brad Collins)

Condon, who now lives in Ottawa, saw CBC Newfoundland’s stories about the store sign and made it a mission to contact Ferman when he next visited Toronto.

Last week, he marched to the CBC broadcast centre and asked to speak to any Newfoundlander in the Toronto newsroom.

By Sunday, after a few phone calls, Condon was arm in arm with his friend.

They shared some happy memories, like Condon’s family taking the Fermans trout fishing near their home in the tiny town of Calvert, Nfld. 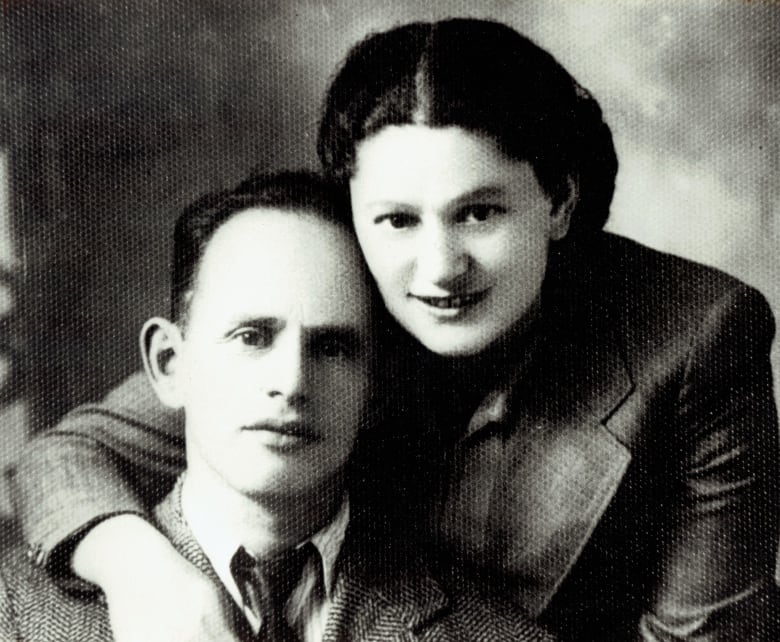 Lewis and Grunia Ferman met during the Second World War and became resistance fighters who formed a community in the Belarusian woods. (Provided by Michael Ferman)

Condon told Ferman how his father had kept his own’ father’s jacket. It had a bullet hole in the chest from where he was shot to death.

Ferman knew that his parents had watched their families be killed by the Nazis, but not more than that.