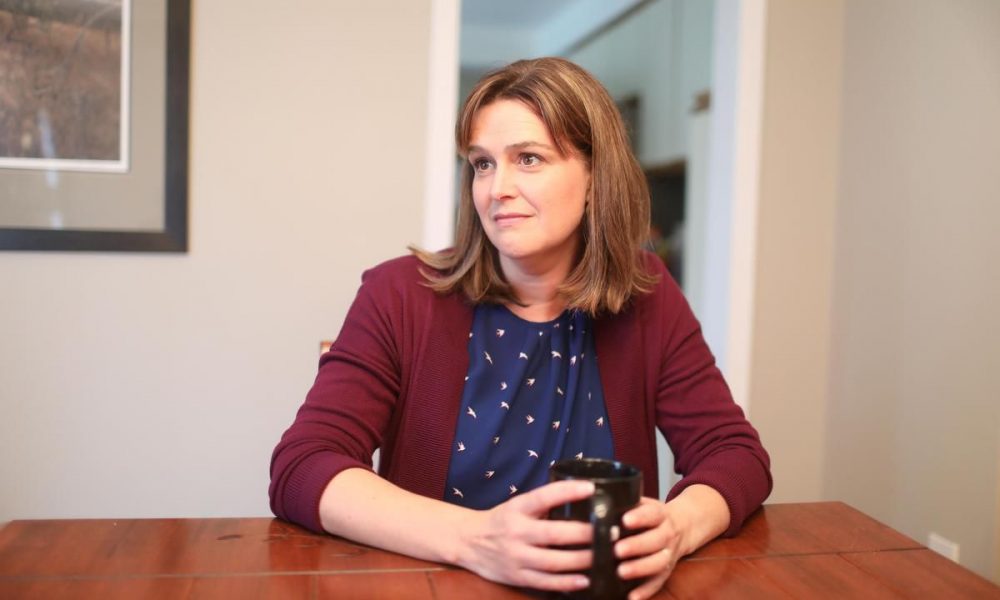 Jennifer McKelvie is a scientist with a PhD, but the new Scarborough councillor thinks it’s her unquantifiable people skills that will help resolve issues like transit that have been frustrating residents in her riding for too long.

“They are tired of the debate and they want to see shovels in the ground and see something getting built,” said the incoming representative for Ward 25 (Scarborough Rouge-Park), one of four new faces on council, which is scheduled to meet for the first time on Tuesday.

McKelvie won her riding by 154 votes over Neethan Shan, making her one of only two councillors who managed to topple an incumbent in the Oct. 22 municipal election. (The other was Mike Colle, a former longtime MPP, who won Ward 8 Eglinton-Lawrence over incumbent Christin Carmichael Greb.)

Born in East York, McKelvie grew up on the border of North York and Scarborough, on the North York side of Victoria Park Ave. and now lives near the eastern extremity of the ward, in the Centennial neighbourhood.

She loves the easy access to nature that Scarborough provides, including the parks and treed streets where kids play road hockey, but feels that Scarborough tends to be forgotten by the city.

“Parts of our community actually used to be Pickering, so some of the manholes in the most eastern edge still say ‘Pickering’ on them,” McKelvie said during an interview in her spacious home on a heavily treed street.

“Because we’re on the eastern edge, we tend to be forgotten. A lot of buses, for example, will turn (around) at the University of Scarborough, but there is still a whole lot of Toronto that is east of that.”

McKelvie, who supports a three-stop Scarborough subway extension, wants to focus on getting action on issues that seem to have been stuck in an endless loop of decision-making at city hall.

“I think even on controversial issues, there is always consensus. And consensus doesn’t mean unanimous and it doesn’t mean everyone is happy, it just means that we have a path forward,” she said.

Growing up, McKelvie wanted to be a lawyer and work in environmental protection, but a single law course convinced her that she was better off in the sciences.

“It seemed it was more about the ‘gotchya’ than it was about being proactive,” she said of the law course.

She was director of research at the Canadian Institute for Advanced Research, managing international research collaborations on things like quantum computing and personalized medicine.

She also worked at the non-profit, non-governmental Nuclear Waste Management Organization, bringing together academics and industry representatives to design nuclear containment systems, and engaging in community consultation on site assessments.

“I think my niche has always been bringing together people with diverse professional backgrounds and experience to solve complex problems,” said McKelvie.

“So that is what I want to continue doing at city hall, is looking out and saying OK, who are the people we need to bring to the table and how can we help to catalyze those discussions to innovate and modernize the city?”

People who know her say McKelvie is the right person for the job.

“She is data driven, problem-solving, very practical, very interested in reaching out,” said Barbara Sherwood Lollar, a University of Toronto professor who met her 20 years ago when McKelvie was an undergraduate there, and was her MSc and PhD supervisor.

“You can’t impose solutions. They have to be something that people have looked at from various perspectives and the broader group is on board with. She really understands that.”

Gerard Baribeau has known McKelvie since 2014, when a group of Scarborough Rotary clubs formed the Scarborough Community Renewal Organization, aimed at getting city hall to invest in what they believe is a forgotten suburb. McKelvie was elected as the first president.

“When you look at Scarborough, it is the largest land mass in the city of Toronto and the largest population, and it’s been essentially ignored,” said Baribeau, president-elect of the Rotary Club of Scarborough.

“Everything has been focused on downtown.”

While the Rotary Club is non-partisan, he believes McKelvie is suited to her new role.

“She’s a very dynamic person and extremely intelligent and a realist. She is what we would call a pragmatist. She’s smart and thinks of the community.

“I think she will make an excellent councillor and one that looks at the big picture.”

McKelvie says she also wants to work on bringing jobs to Scarborough and finding a solution to the traffic around schools during drop-off and pickup.

“It’s crazytown in the morning in front of all of the schools. The traffic is incredible. It has become very unsafe. We need to get our kids walking again, but we also need to look at how we can improve the flow in front of schools.”

She committed to advancing Vision Zero for school zones by 2022.

She said housing for seniors is another pressing problem in the ward. Homeowners who are downsizing don’t have many options when it comes to options for staying in the community.

She wants to put together a working group of residents, community associations and developers as a first step.

“It’s tangible. I think it’s something that we can set out right away to get started, early in the new year, and get this working group going so that we can find a way to make this happen.”