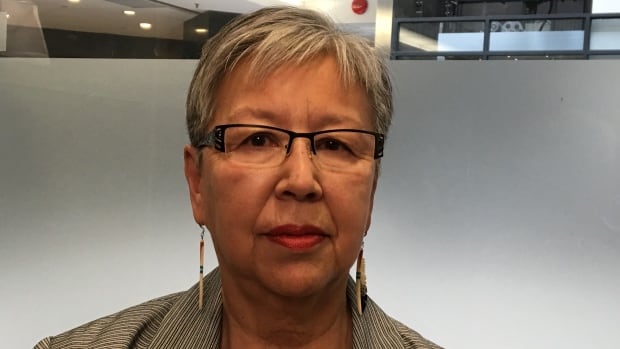 A Saskatchewan senator wants to stop violence against Indigenous women, but some say her plan could make things worse.

« I’m not sure this is the answer, » said Catherine Latimer, executive director of the John Howard Society of Canada.

Senator Lillian Dyck is proposing harsher sentences for those who commit violent crimes such as sexual assault, manslaughter or murder against Indigenous women.

« We are more likely to be victims of violence…there is no doubt we are more vulnerable, » said Dyck, Canada’s first female senator of First Nations descent.

Under Dyck’s bill, which has already been approved by the senate, an offender could face more prison time if the victim is Indigenous and female.

If you want to prevent violence, you have to actually focus on prevention, not on these suppression tactics.– Stan Tuinukuafe, president of STR8UP

She said Indigenous women face far higher rates of violence than anyone else, citing the research of the ongoing National Inquiry into Missing and Murdered Indigenous Women and Girls, as well as her own analysis.

Dyck said Indigenous women are not valued by society or by the justice system and called her bill one possible solution.

‘This will not help’: advocate

The bill isn’t sitting well with Latimer and others.

According to Dyck’s study, 66 per cent of the offenders she’s targeting are Indigenous men. Locking them up for longer periods of time, in jails and penitentiaries already overflowing with Indigenous people, is a bad idea, critics say.

« Is giving Indigenous men longer prison sentences the answer? This will not help, » said Stan Tuinukuafe, president of Saskatoon-based STR8UP, which works on the street and in prisons to help people leave gangs.

Latimer and Tuinukuafe say the bill will not attack the cause of the violence and injustice. Family supports, addictions treatment and job training would be a much better investment than warehousing Indigenous men in prison, they say.

« If you want to prevent violence, you have to actually focus on prevention, not on these suppression tactics, » Tuinukuafe said.

They said this bill could also create a legal mess.

They say it could contradict decades-long efforts to educate the courts about residential school trauma and racism faced by Indigenous offenders.

Canada’s criminal code now instructs judges to consider « all available sanctions, other than imprisonment… with particular attention to the circumstances of Aboriginal offenders. »

A Gladue report, evaluate an Indigenous offender’s background, can be requested in court. Gladue reports emerged from a 1999 case involving an Indigenous woman convicted of manslaughter in the stabbing death of her husband. Judges are instructed to emphasize restorative and community justice.

The Calls to Action of the recent Truth and Reconciliation Commission of Canada challenge all levels of government to « commit to eliminating the overrepresentation of Aboriginal people in custody over the next decade. »

Dyck agreed there are too many Indigenous people in Canada’s prisons, but said many have forgotten about protection and justice for vulnerable Indigenous women who are victimized. Those victims should be the top priority, she said.

She said judges and many others are starting to agree that the system has tipped too far in the other direction.

« The judges are now saying, ‘Why am I giving him special consideration when she’s just as Aboriginal as the offender? Does she not deserve the same level of consideration?' » Dyck said.

Dyck said the bill is necessary to protect Indigenous women, no matter the race of the perpetrator. She said she’s open to amendments, and hopes it will spark a national conversation on the issue.

The bill has been introduced in the House of Commons. Dyck said she is confident it will eventually pass.

Woman in serious condition after being shot in Queen West area