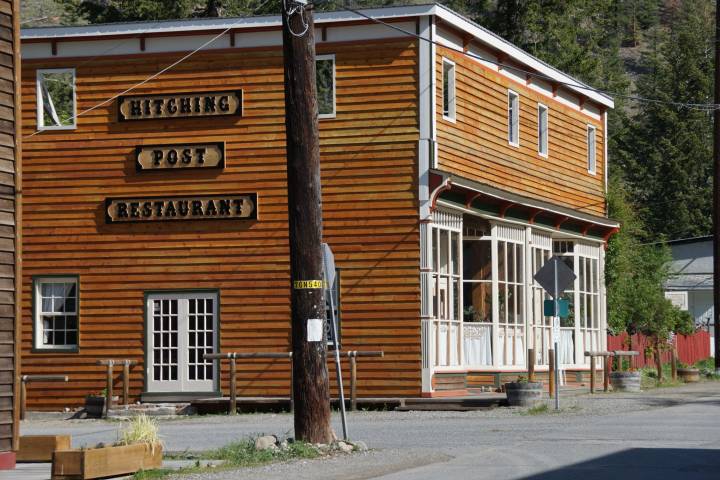 Trisha Mills and Bill Carmichael are thrilled to be reunited with their rescue dog Dexter in Kamloops – on what could be a long road to recovery.

“It’s really hard to move without inflicting some sort of pain on ourselves,” Bill Carmichael told Global News.

“But, every day we get a little bit stronger,” added Trisha Mills.

The couple is staying positive as they heal and reflect on life – after losing their dream.

Mills and Carmichael, a millwright by trade, moved to Hedley, B.C. in June after buying the historic Hitching Post Restaurant in the small town about an hour’s drive west of Penticton on Highway 3.

The pair sold their home in Kamloops in order the purchase the heritage building that houses the restaurant.

Little more than four months later, the couple awoke to find their dream business going up in smoke.

“We were woken by the smoke detector going off and the room was already full of smoke,” recalled Carmichael.


READ MORE:
One of B.C.’s oldest restaurants burns down in overnight fire

The flames tearing through the 115-year-old building trapped Mills, Carmichael and Dexter on the second floor.

“The windows out of the dining room were blowing out sequentially coming towards us,” said Carmichael.

WATCH: One of B.C.’s oldest restaurants burns down in overnight fire

“The smoke coming out was incredibly thick.”

As the couple yelled and screamed for help, neighbours tried to rescue them but fire had completely engulfed the structure.

“I was trying to get the ladder up, but the flames were too intense,” recalled neighbour Mike Galics.

“We knew we had to get out and this was the only way,” recalled Mills.

Carmichael says he got Dexter out first – tossing their beloved dog from the window “like a briefcase.”

As Dexter ran off into the night, his owners made the six metre plunge to the ground below.

“People told me that I bounced off the power pole, off the railing, and landed in a ring of rocks at the base of the power pole – which shattered my bones,” Carmichael told Global News.

“I was still conscious when I saw Trisha hit the ground, and she hit quite hard.”

Neighbours dragged the couple, who were unable to walk, away from the flames to the back of a pickup truck – where they watched their livelihood burn.

“To watch everything we were working so hard for just disappearing in front of our eyes.”

“It was pretty hard – but glad to be alive too,” said Carmichael.

Now confined to wheelchairs as they recover from lower body injuries including broken bones, muscle and nerve damage, the couple is back home in Kamloops.

The community of Hedley, B.C. is fundraising to help get Mills and Carmichael back on their feet – as it’s unclear if their insurance covers living expenses.

“There’s a lot of healing before we can make any long term plans,” said Carmichael.

Mills and Carmichael have talked about rebuilding the restaurant but say that depends on whether their injuries limit their mobility in the future.

“Right now it’s entirely hinging upon our physical capabilities once were once were healed,” said Carmichael.

The cause of the fire that left their restaurant in ruins is still a mystery.

“The million dollar question everybody wants to know is what caused the fire,” said Carmichael.

Hedley Fire Department Assistant Chief Doug Nimchuk told Global News no cause has been determined yet and the investigation continues.

Dexter was found and fostered by the local community until Mills and Carmichael were able to take him back Dec. 2, after Mills’ discharge from hospital.

For now, Carmichael says the couple is just happy to be back with their beloved dog – as they work to rebuild their life.

“We’re back together so now we can figure out what we’re going to do.”

Everton Brown says police beat him. Thanks to a ‘watershed’ ruling, his lawsuit can’t be tossed for missing a deadline