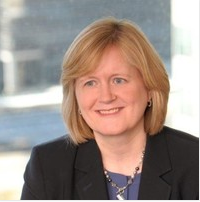 The Ontario government’s chief accountant resigned earlier this fall because she refused to sign off on Finance Minister Vic Fedeli’s inflated $15 billion deficit, the Star has learned.

Cindy Veinot, the provincial controller, quit in September because she “did not agree with accounting decisions made by the current government.”

Veinot, a civil servant, has declined to speak publicly, but the Star obtained her 12-page summary that was sent to the standing committee on Tuesday.

That committee, which is dominated by Progressive Conservative MPPs, has repeatedly blocked efforts by NDP MPPs on the panel to call Veinot as a witness.

Her searing unsolicited report to the committee appears to underscore their caution.

The controversy centres mostly around whether $11 billion of government money in the co-sponsored Ontario Public Service Employees’ Union Pension Plan and the Ontario Teachers’ Pension Plan can be counted as a government asset on the books.

Veinot, a leading expert on pension accounting who finished first among 63,000 candidates in the 1998 certified public accountants exam in the U.S., contends the holdings are an asset.

Auditor General Bonnie Lysyk — and her predecessors — used to count them as such. However, Lysyk changed her tune in 2015 and no longer does.

In contrast to the previous Liberal government, the new Progressive Conservative administration sided with the auditor general over the provincial controller.

That decision has ballooned the deficit by about $5 billion so it now sits at $14.5 billion.

“At this point, we consider it resolved. We’re very happy with the accounting decisions,” Lysyk said Wednesday after tabling her annual report to the legislature.

Veinot maintains Lysyk resorted to “personal attacks, disparaging comments about the professional services firm at which I was a partner (Deloitte), and threats” at a meeting on Sept. 27, 2016.

“What I witnessed in that meeting and subsequently documented the next day was but an introduction to what I would witness during the two years I worked for the OPS (Ontario public service),” she wrote.

Asked specifically about Veinot’s allegations, Lysyk was reluctant to discuss relations with the former controller.

“You know, I prefer not to,” the auditor general said.

“This is not a personal thing … this is the province’s financial statements,” she said, emphasizing their accounting disagreements over the pension assets and the Liberals’ “fair hydro plan” electricity subsidies.

When asked about Veinot’s sudden departure, Treasury Board President Peter Bethlenfalvy said he “can’t comment on the person involved.

“I’m not going to comment on the comings and goings of people within government,” said Bethlenfalvy.

Fedeli, for his part, denied that he has artificially inflated the deficit, pointing to the independent commission, led by former B.C. Liberal premier Gordon Campbell, the Tories struck to examine the books.

“I can tell you that the auditor general supplied information for the independent commission and that $5 billion we accept that decision,” the finance minister said, noting the auditor general signed off on the books for the first time in three years even though the controller refused to do so.

But Fedeli declined to weigh in on Veinot’s departure.

NDP Leader Andrea Horwath said it’s curious that the Tory MPPs on the legislative committee have derailed New Democratic attempts to get her at committee.

“I would suspect that they would have some concerns about what she might say,” said Horwath.

Interim Liberal leader John Fraser said it is significant that a provincial controller has not signed off on the province’s public accounts for the first time ever.

“For her not to appear before the committee means the government is hiding something.”