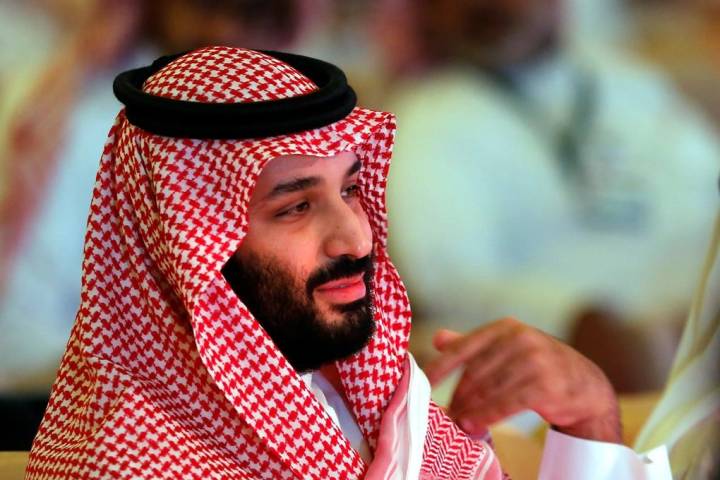 That seems to have been the strategy Saudi Arabia used to muzzle allies from speaking out in support of Canada in a diplomatic crisis that broke out in August over a tweet calling for the release of detained civil and women’s rights activists.

READ MORE: The exclusive report on how Canada spent months on Saudi diplomacy before embassy suggested tweet behind firestorm

As Global News was the first to report on Friday, the unprecedented backlash to the tweet posted in Arabic by the Canadian Embassy in Riyadh caught officials in both Ottawa and the embassy unprepared and left them reeling as they tried to figure out what was happening.

Further evaluation of the hundreds of pages of emails, briefing notes and memos released to Global News under access to information laws shows that Foreign Affairs Minister Chrystia Freeland began reaching out to “like-minded” countries as the crisis unfolded.

WATCH BELOW: The first 24 hours of the Saudi-Canada tweet feud left Canadians reeling

Emails and documents prepared for the minister show meetings arranged in Ottawa with officials from the British High Commission on Aug. 7 as well as phone calls with U.S. Secretary of State Mike Pompeo and Sheikh Abdullah bin Zayed al Nahyan, foreign minister for the United Arab Emirates.

“We would indeed welcome public support from friends,” read emails from officials.

But that was not to be.

On Aug. 7,  notes sent from the embassy in Riyadh show officials beginning to grapple with the need for “contingency plans.”

That came after Saudi Arabia’s Cultural Bureau issued a tweet recalling its thousands of students and doctors studying in Canada, which Canadian officials described in emails as “the hardest line envisaged.”

At the same time, Saudi officials were at work gathering support.

“Saudi MOFA [Minister of Foreign Affairs] is in the process of holding briefings all day today for all HOMs [heads of mission], except EU and Canada, but separated by each geographic region,” the notes state.

A later email describes the meetings organized by the Saudis as “calling in regional groupings to make a pitch for support.”

Further documents state that in those meetings, Saudi Arabia Minister of Foreign Affairs Adel al-Jubeir “warned representatives that taking a negative position on KSA (Kingdom of Saudi Arabia) would force ‘a response.’”

It goes on to note that the meetings, and the exclusion of the EU in addition to Canada, suggest the “Saudis were well aware that there was a movement led by a Dutch MEP, Marietje Schaake — which at the time had 44 signatures — for Mogherini to issue a public statement in support of Canada.”

Federica Mogherini is the EU’s High Representative for Security Affairs and Policy.

A response sent from a Global Affairs official minutes later says “needs to be corroborated but another level up.”

WATCH BELOW: Spat? Dispute? What’s going on between Saudi Arabia and Canada?

That same day, Canadian officials from the embassy in Riyadh said they had plans to meet with representatives from General Dynamics Land Systems about the matter. That’s the company contracted to provide $15-billion worth of armoured vehicles to the Saudis under a controversial, secret deal inked by the former Conservative government but protected by the Liberals since 2015.

“GDLS guys based in Riyadh already planning to meet me either today or tomorrow – will report on it, in case any significant/new points raised by them,” the official reports back to Ottawa.

Representatives for Governor General Julie Payette had also requested a briefing on the crisis on Aug. 7.

Global Affairs officials had also quietly begun drafting a statement that might walk back the language of the tweets that prompted the crisis.

“Canada remains concerned about the fate of civil society activists in Saudi Arabia,” one excerpt of the proposed statement reads. “However, it was never Canada’s intention to interfere in the internal affairs of the Kingdom of Saudi Arabia or challenge its sovereign rights as has been suggested.”

The next day, on Aug. 8, officials were looking for ways to reframe the conversation and potentially repair ties.

“Is there a possibility of looking at this for our current situation? This would allow us to move forward and open a new chapter with a new HOM,” one note reads.

WATCH BELOW: Diplomatic dispute forces Saudi students out of Canada

Another warns that the situation at the embassy was becoming a challenge.

“Morale at the mission is declining as more measures are put in place and rumours are circulating,” another email reads and adds that many staff were asking “if the mission is closing or if they will lose their jobs.”

“Minister has been calling around to review with friends,” one email reads. “No one is going to stick their neck out.”

In the days that followed, Canada refused to back down.

READ MORE: Is Canada a ‘whipping boy’ for Saudi Arabia? Why the kingdom picked a fight over a tweet

A readout from a phone call between Freeland and Adel al-Jubeir, the Saudi foreign minister, describes a discussion on Aug. 13, in which she said exactly that to her counterpart.

“MINA said we cannot back down on the tweets as this would suggest an element of self-censorship and backing down which would not be well received by the Cdn public,” the readout states. “Past is past and we need to move forward.

MINA is the shorthand way government departments refer to the Minister of Foreign Affairs, based from when the position was originally known as the Minister of International Affairs.

Documents obtained by Global News in November showed there has been little resolution to the tension between Canada and Saudi Arabia.

That ‘red tape’ Ford is cutting? It was meant to protect the environment, workers, lives