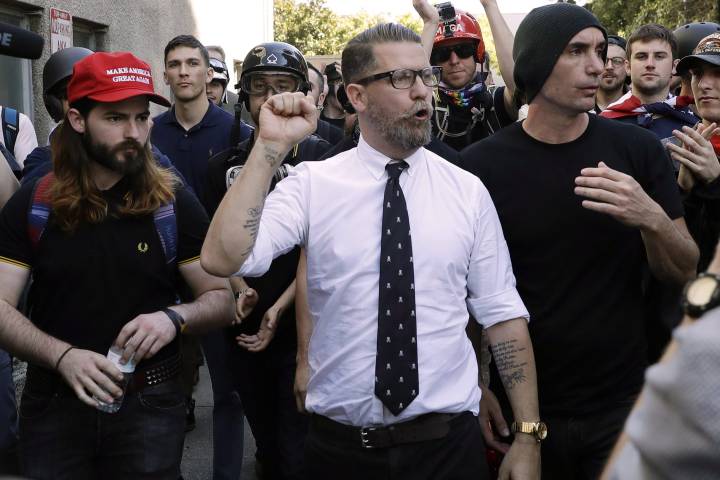 The Federal Bureau of Investigation (FBI) does not consider far-right group the Proud Boys an extremist organization, contrary to what reports said last month.

Instead, the bureau only consider individuals within the group to be extremists, it said earlier this week.

Last month, The Guardian and other outlets reported that the FBI had designated the Proud Boys as an “extremist group with ties to white nationalism.”

Their source was an August memo circulated by the Clark County Sheriff’s Office in Vancouver, Wash.

That memo concerned the dismissal of a former sheriff’s office employee who was released from her position as a probationary deputy after a newspaper obtained a photo of her wearing “Proud Boy Girls Apparel.”

The memo went on to say that the Proud Boy Girls are “believed to be an affiliate group of women” who support their ideology.

In a Tuesday briefing, Renn Cannon, FBI special agent in charge of the Portland division, said that memo evolved out of a briefing that it held with Clark County law enforcement about threats in the area, The Oregonian reported.

The FBI had been trying to “characterize the potential threat from individuals in that group,” but it never intended to label the organization as extremist, he added.

“I can see where the Clark County representatives came to that conclusion,” Cannon said.

“That was not our intention. That’s not what we do.”

The FBI had been briefing the sheriff’s office about threats from groups such as anarchists, militias and white supremacists, Oregon Public Broadcasting reported.

That briefing contained a slide about the Proud Boys, which was meant to warn people about how members of the group posed a potential for violence.

WATCH: Proud Boys: A look at the group who protested an Indigenous ceremony in Halifax

“There have been instances where self-identified Proud Boys have been violent,” Cannon said.

“We do not intend and we do not designate groups, especially broad national groups, as extremists.”

While the FBI may not consider them extremist, the Southern Poverty Law Center (SPLC) considers the Proud Boys as a hate group whose members are known to spread imagery and organize events surrounding white nationalism.

The group was founded in 2016 by Gavin McInnes, the Canadian co-founder of Vice Media who last year was heavily criticized for making a video in which he listed the “10 things he hates the most about Jews.”

The Proud Boys describe themselves as a fraternal organization of “western chauvinists who refuse to apologize for creating the modern world.”

“Like Archie Bunker, we long for the days when ‘girls were girls and men were men,’” their website said.

Members have since been involved in violent incidents such as a fight with anti-fascist protesters that followed a McInnes speech in New York in October.

One of its members, Jason Kessler, helped organize a “Unite the Right” rally in Charlottesville, Va. that featured members of the Ku Klux Klan as well as neo-Nazis and white supremacists.

One man drove a car into a group of counter protesters at the rally, killing a woman. The driver, James Alex Fields Jr., was convicted of first-degree murder on Friday.

Kessler has been expelled from the Proud Boys, according to the SPLC.

The group has also been involved in actions in Canada, such as when members interrupted an Indigenous ceremony at a statue of Edward Cornwallis in Halifax last year.

Proud Boys members sang “God Save the Queen” to disrupt a ceremony that was meant to mourn atrocities perpetrated by Edward Cornwallis, who founded Halifax.

All five who disrupted the event turned out to be members of the Canadian Armed Forces, and all of them faced disciplinary action.

READ MORE: Who are the ‘Proud Boys’ who protested an Indigenous ceremony in Halifax?

More recently, the Proud Boys were kicked off Facebook and Instagram because of hate policies on the sites.

McInnes slammed the ban, saying it only happened in an effort to build up “hysteria” before November’s U.S. midterm elections.

McInnes later announced he was quitting the group, saying it would help alleviate the sentencing for Proud Boys members who were arrested following the fisticuffs in New York City.

“We are not an extremist group and we do not have ties with white nationalists,” McInnes affirmed in his resignation.

He found her lost purse but didn’t want a reward. Instead he asked her to give kids ‘the magic of Christmas’