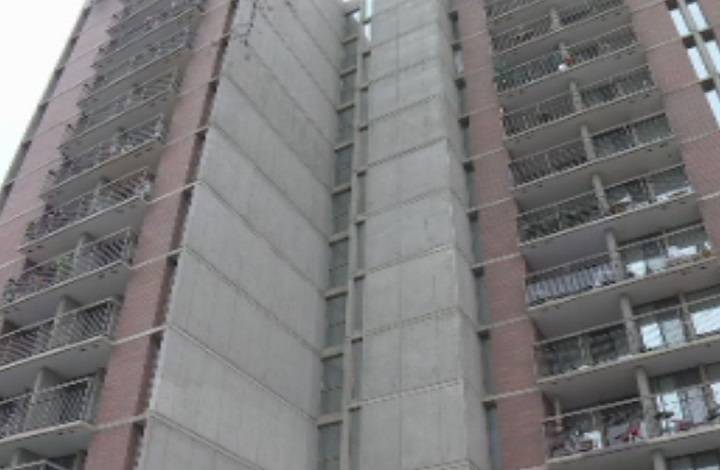 An Okanagan senior who says she’s never missed a month of rent in her life received an eviction notice this holiday season.

“I got a 10-day eviction notice,” said Edna Pichler, who has been calling the apartment building on Kelowna’s Lawrence Avenue her home for the last seven years.

Pichler isn’t the only resident of Legacy Tower who might have to move. Multiple seniors in Legacy Towers are being threatened with eviction notices, warning they have to be out of their apartments by December 12th.

WATCH BELOW: A seven-foot gator, three pythons and other animals were removed from a home in Kansas City in November after a sheriff’s deputy came across the bunch while serving an eviction notice.

Associated Property Management manages the building but did not respond to request for comment.

“They’re saying I owe two months’ rent, and I don’t,” Pichler said, adding that she has the paperwork showing her cashed rent cheques from the last 12 months.

Pichler said she received the eviction notice via registered mail.

“And you have five days from the date of that being delivered to you, or you going and retrieving it, to come up with the amount of money they’re saying you owe them.”

“When you’ve never had an eviction notice and all of a sudden you get one at 65, it’s not a happy time. And especially [at] Christmas,” she said.

“I don’t know where they’re coming up with this idea that I owe them money, and they won’t answer. They say I owe for [this past] January and November,” she added.

Picher said her rent is $623 a month but Associated Property Management is asking for $948.

Pichler said November’s rent was in the company’s hands on October 28th. Her cheque wasn’t cashed until November 30th, yet she received an eviction notice on November 27th, she said.

“Something shady is going on,” Pichler said. “I’m not happy.”

Possibly being evicted during the holiday season is stressful, she added.

“I’m not sleeping, not eating. Migraines, my eczema has kicked up, my blood pressure is up . . . it’s not good.”

Bernie Gautron, who is closing in on eight years in his apartment, said he’s in limbo. He brought his eviction notice to the property manager, but was told not to worry about it.

“The first thing was [being] curious,” Gautron said of receiving an eviction notice. “And after that, I got all uptight because where am I going to be? Where am I going to go? And so I had four days of being uptight like hell.”

Gautron said he showed the property manager his rent receipts, and the response was “it’s all being taken care of. That was the whole conversation. I don’t know [if I have to move out in a few days]. I know nothing.”

Tenant Dennis Branson has not received an eviction notice but said he’s been flooded with worries from his neighbours.