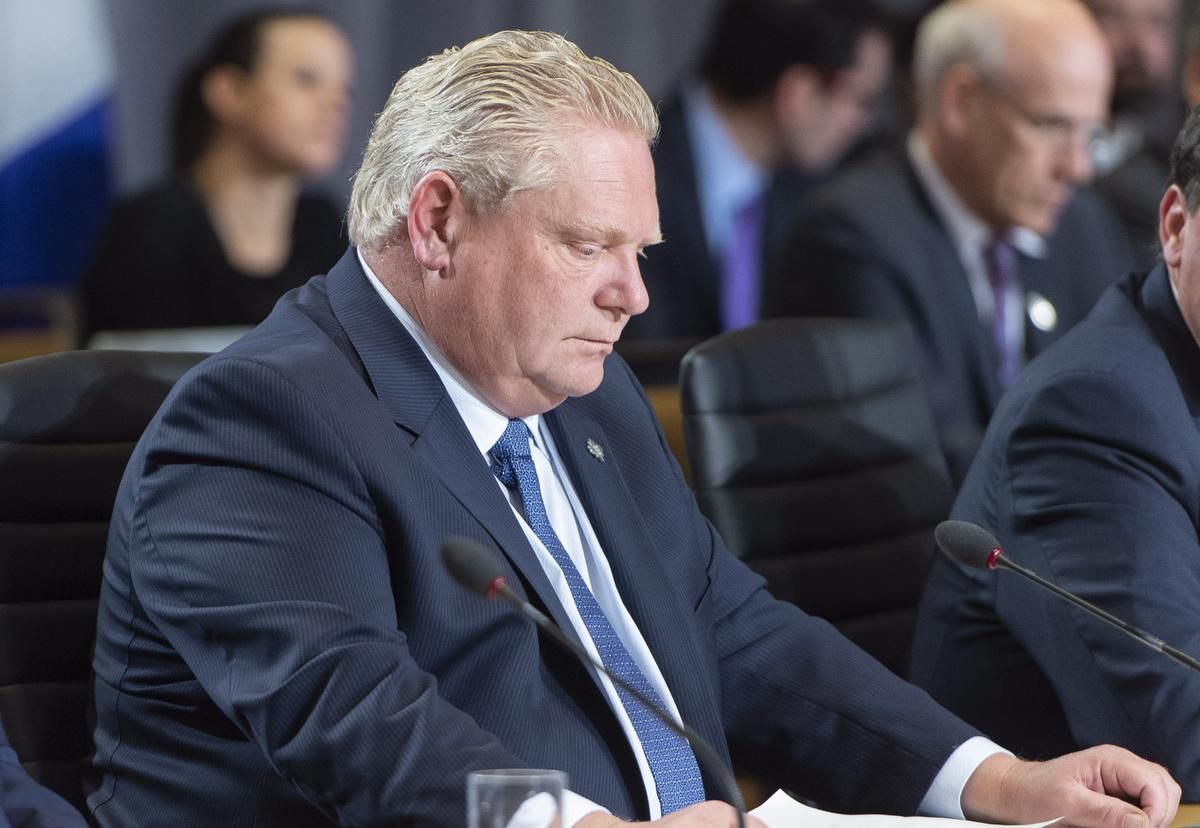 In last month’s fall economic statement, Fedeli said the shortfall has ballooned to $14.5 billion. He did not include the value of the province’s $1 billion reserve fund, which would have brought the deficit down to $13.5 billion.

Weltman insisted his calculation, which is $1.2 billion lower than the government’s figure, is the correct one.

The difference is mainly due to the government’s lower forecast of tax revenue.

Fedeli emphasized the government is building “prudence” into its fiscal planning.

“As we have always said, and as the financial accountability officer confirms, we have inherited a structural deficit from the previous government,” the finance minister said.

“While we have already taken steps by finding more than $3.2 billion in efficiencies and savings, we still have more work to do,” he said, noting the Liberals “recklessly spent taxpayer dollars.”

But the new regime’s books have also been called into question.

As first disclosed by the Star last week, the province’s controller, Cindy Veinot, quit after refusing to sign off on the treasurer’s version of the public accounts.

Veinot, who was the government’s chief accountant, resigned because she “did not agree with accounting decisions made by the current government.”

The accountant says the shortfall is $5 billion lower than Fedeli’s estimates because he excluded the government’s share of the co-sponsored Ontario Public Service Employees’ Union Pension Plan and the Ontario Teachers’ Pension Plan as assets on the books.

Neither Weltman nor Auditor General Bonnie Lysyk count the pension as assets even though they were booked as such until Lysyk changed her mind in 2015.

Shaw (Hamilton West-Ancaster-Dundas) accused the Tories of “fear-mongering” by citing such massive shortfalls.

In his report Monday, the financial accountability officer projected next year’s deficit would be $15.1 billion, rising to $16.4 billion by 2022-23.

“While the government has not indicated when it intends to balance the budget, it has committed to not raising taxes,” said Weltman.

To get Ontario back into the black before the 2022 election without tax hikes would require that program spending growth be held at 1.2 per cent annually.

That would require Ford’s government to cut the equivalent of $850 per person from today’s levels by the next campaign.

The Ontario government currently spends about $10,000 per person for provincial programs.

Weltman notes that beyond forgoing the $1.9 billion in cap-and-trade proceeds, the government will also lose $500 million in revenue from its new income tax cut for people earning less than $30,000 a year.

The low-income individuals and families tax credit (LIFT) was one of the Tories’ signature campaign promises.

‘Careless smoking’ the cause of residential fire in Newmarket: officials – Barrie