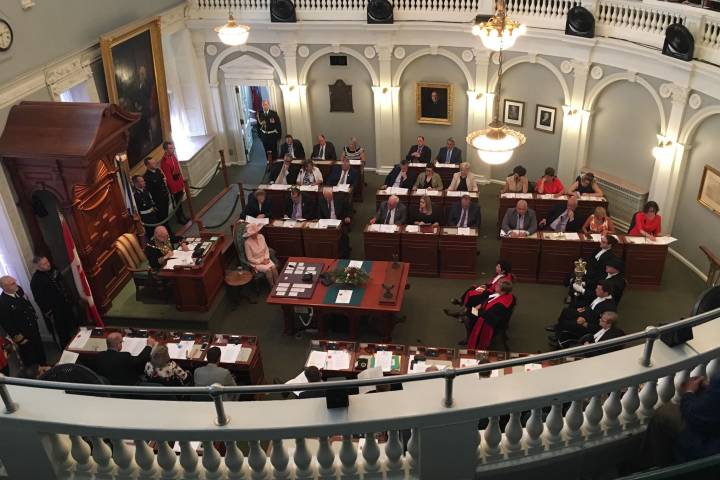 A direct correlation can be drawn between factors, such as mileage and living accommodations, and the higher-end costs taxpayers are shelling out for MLA expenses.

The most recent six-month MLA expense report covers the period between April and September of this year and shows a bill of $1,586,836.48 was picked up by Nova Scotians.

Each member’s expenses are broken down into categories, such as constituency expenses and travel expenses.

MLAs whose ridings are situated more than 100 kilometres away from Province House are also eligible to claim living expenses, which cover lodging, parking, electricity, cable, phone, and internet charges.

Members who incur those additional costs make up the first 19 places of the 51-person list, although there are several, such as Inverness MLA Allan MacMaster and Victoria-The Lakes MLA Keith Bain, who are further down the list than a number of HRM-area representatives.

“We are committed to transparency, and are the first government to make cabinet ministers’ expenses available online,” said the Liberal Caucus Office in a statement.

The PC’s Chris d’Entremont, who represents Argyle-Barrington, rounded out the podium, charging $43,251.49 to taxpayers.

Just over 20 per cent of MacLellan’s costs came from living expenses with $10,200 solely spent on six months of rent. Another $5,707.25 was listed under the travel heading.

Martin’s expenses include $8,374.50 in living costs, which are made up of electricity and cable charges, along with a $1,250 per month apartment rental. The Cape Breton Centre MLA’s living expenses are the lowest of the three, while her travel costs top them at $6,864.45.

WATCH: Here’s how much your Nova Scotia MLA is costing you

“As the representative for Cape Breton Centre, I live further away than almost any other MLA, which means there are higher travel costs to get to and from Halifax for meetings,” said NDP MLA Tammy Martin. “I wish more government meetings actually took place in Cape Breton instead of always being in the city.”

When a comparison is done of the distance between constituency offices and Province House, MacLellan and Martin are tied for the longest journey at 424 kilometres each.

PC MLA for Northside-Westmount Eddie Orrell ranks third with a 406 kilometre trip every time he heads to the legislature, although he is barely above the average amount spent at $32,911.77, landing him at 18th on the list.

The PC’s own the fourth farthest riding from the capital as well. Victoria-The Lakes MLA Keith Bain is one kilometre short of 400 away, but despite the sprawling constituency and the long drive to Province House, Bain only cost taxpayers $30,402.96 this time around, resulting in him ranking 29th.

Liberal MLA Derek Mombourquette, who represents Sydney-Whitney Pier, is just shy of that distance with a 397 kilometre one-way trip. It is the fifth furthest away. He landed seventh in costs by expensing $40,930.27.

Nova Scotia Premier and MLA for Annapolis, Stephen McNeil, sits in the middle of the pack at 26th. New PC Leader Tim Houston ranks just outside the top ten at 12th, while NDP Leader Gary Burrill, the only party leader with a Halifax-region seat, landed in 35th.

The PC Party indicated that in some instances, geographic size of constituencies can require MLAs to hold two consituency offices but that “PC MLAs take great care to ensure their expenses fall within the rules and are approved by the Speaker’s Office.”

The PC’s hold three of the five least expensed rankings, including the two lowest amounts.

Cole Harbour-Eastern Passage MLA Barbara Adams charged the least to taxpayers with a total of $18,748.15 spent, while Larry Harrison of Colchester-Musquodoboit Valley expensed $19,634.28.