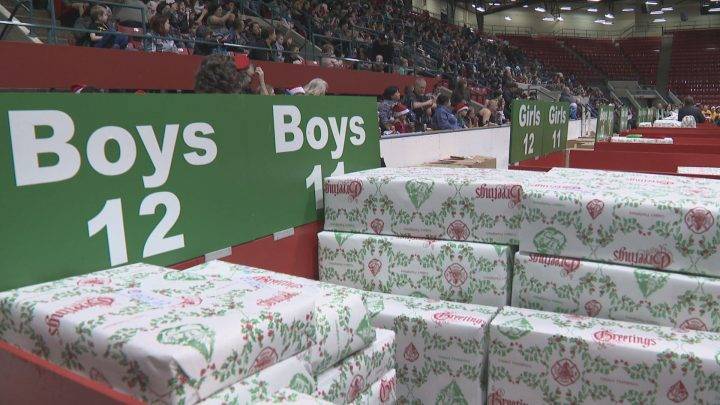 The volunteer-led organization collected toy donations for 4,300 kids in need. The Salvation Army and Calgary school boards suggested a list of 1,928 families for the association to invite to the event.

“We host this event every year because we know there are many children and families in our city who don’t have the resources to have a truly happy holiday,” said Mark Hagel, president of the Calgary Firefighters Toy Association.

The party was organized by members of the Calgary Fire Department and featured a holiday lunch, live entertainment by the Prairie Dogs and a visit from Santa, who arrived in an antique fire truck.