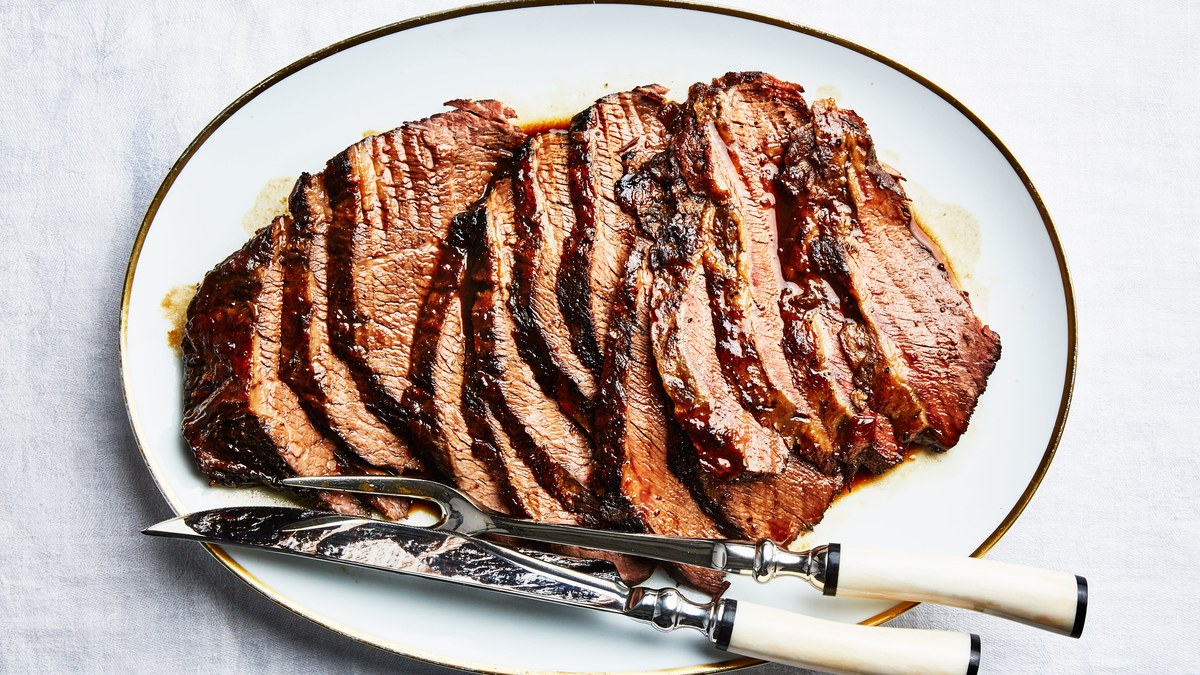 The Rapoport guide to brisket

If it’s Hanukkah in the Rapoport household, it smells like brisket—kind of sweet, a little bit spicy, really meaty, pass the latkes, and can I get a bit more of that gravy?

We celebrated last night (a week late—I know, I know) because, well, the Rapoport siblings live here and there, and we get together at my mom’s when we can.

I picked up a five-pound beef brisket from the butcher, comprising the “point” cut, which means the more marbled portion of a brisket. The flat, or first cut, is more common, and larger. But the point yields a richer, more luscious final product. (As Carla Music likes to say, “the point is the point.” Remember that when you head to the butcher.)

Pretty much every year, I make my mom’s recipe, which she got from her friend Doris Feinsilber back in the early ‘70s. It leans more, how should I say…Midwest, down-home than what you might consider “Jewish.”

The key ingredients to Maxine’s brisket recipe: a 14-ounce bottle of Heinz ketchup, some Worcestershire sauce, a bit of brown sugar, a couple of onions and bunch of dried spices.

Which, if you think about it, is not dissimilar to the brisket recipe we ran last year from Cambridge, Massachusetts’ excellent new-school deli, Mamaleh’s (pictured up top). Whereas Maxine’s version relies on ketchup for sweetness, Mamaleh’s turns to Manischewitz concord grape wine.

In either a case, the blend of sweet and spicy elements produce a tangy sauce, not unlike what you find with Texas barbecued brisket. It proves the perfect complement to the rich, fall-apart-tender meat.

Whichever brisket recipe you opt for, just remember a couple of things:

Brisket does the trick for pretty much any big holiday meal. Even when it’s a week late.

Get some brisket recipes:

I Grew Up Vegetarian. Now I’m Scared to Come Out to My Mom…As a Meat Eater | Healthyish