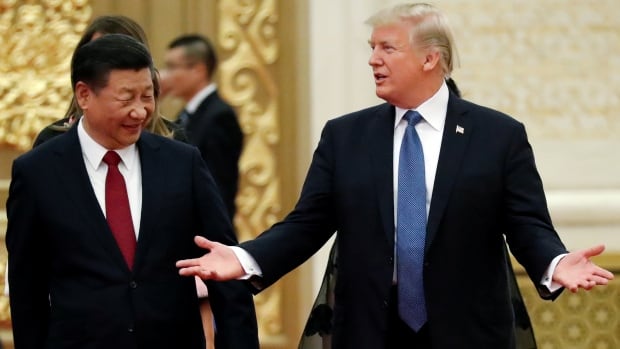 Former U.S. ambassador to China Gary Locke said today that U.S. President Donald Trump undermined Canada over the arrest of Huawei executive Meng Wanzhou when he said that he would intervene in the case if it could help secure a trade deal with China.

In an interview with CBC News Network’s Power & Politics, Locke said the extradition process has always been viewed as independent and separate from politics. But Trump’s offer in a Reuters interview to insert himself into the case — « if I think it’s good for what will be certainly the largest trade deal ever made » — may have made Canada’s actions appear to the Chinese as an attempt at securing leverage.

« And so if the president is intervening, then the Chinese will say, ‘OK Canada, why don’t you intervene? Why don’t you just simply refuse to extradite this person to the United States? » he said.

Canadian officials have maintained that the Dec. 1 arrest of Meng happened without political interference and that the process is unfolding in accordance with the rule of law and international treaties.

Trump’s comments on <a href= »https://twitter.com/hashtag/Huawei?src=hash&amp;ref_src=twsrc%5Etfw »>#Huawei</a> case have undermined Canada’s message to China says Fmr. U.S. Ambassador to China Gary Locke. « If the president is intervening than the Chinese will say, okay Canada, why don’t you intervene? Why don’t you just simply refuse to extradite this person? » <a href= »https://t.co/PUR3g68tN8″>pic.twitter.com/PUR3g68tN8</a>

The U.S. is seeking Meng’s extradition on charges related to the alleged violation of U.S. sanctions on Iran.

At a press conference last Friday alongside U.S. Secretary of State Mike Pompeo, Canadian Foreign Affairs Minister Chrystia Freeland delivered what could be interpreted as a veiled rebuke of Trump’s remarks.

« Canada understands that the rule of law and extradition issues ought not to ever be politicized or used as tools to resolve other issues, » said Freeland. « That is the very clear position which Canada expresses to all of its partners. »

Locke said he sees the two events as linked and describes China’s detention of Canadians Michael Kovrig and Michael Spavor as typical of Beijing’s tactics when it wants to send a warning to a foreign government.

« In China, there’s no coincidence »: Former Canadian Amb. to China <a href= »https://twitter.com/guysaintjacque1?ref_src=twsrc%5Etfw »>@guysaintjacque1</a> says, in his view, the arrest of former Canadian diplomat Michael Kovrig is part of China’s effort to put political pressure on Canada over the arrest of Huawei CFO Meng Wanzhou <a href= »https://t.co/xDd9rP9mpz »>pic.twitter.com/xDd9rP9mpz</a>

In terms of escalation, though, Locke said he doesn’t think there’s more to come on the Chinese side — at least in the short term.

« I think there will be a pause until they see what happens in that extradition hearing. Will Canada extradite the CFO to the United States? » said Locke.

« It really puts Canada in a difficult predicament because law enforcement between the United States and Canada (has) long had a history of good cooperation — apolitical, nonpolitical. But of course, the charges against the CFO of Huawei right now come at a very difficult political moment during these very tense and delicate trade talks and trade friction between the United States and China. »

Meng’s arrest has also led to renewed scrutiny of the Chinese telecom giant Huawei, the largest telecommunications equipment manufacturer in the world and the second-largest manufacturer of smartphones, after Samsung.

Locke said those security concerns revolve around the company’s equipment and the role it plays in telecommunications infrastructure.

« The fear is that somehow Huawei, with its close ties to the Chinese government, will have the capability of putting some sort of devices or spying on or collecting information from the people of the countries in which their equipment is installed, » he said.

« Or that they can somehow use that equipment to disrupt the normal flow of telecommunications, if the Chinese government were to direct them to do so. »

Several countries have moved to bar Huawei equipment from their 5G network infrastructures, including the U.S., Australia and New Zealand.

Canada is currently conducting a comprehensive review of the 5G technology movement, but has not yet announced a ban on Huawei technology.

Watch the full interview below.

Former U.S. Ambassador to China Gary Locke joined Power & Politics Tuesday to discuss the state of Canada-China-U.S. relations in the wake of the Canadian arrest of Huawei CFO Meng Wanzhou and the subsequent Chinese detention of two Canadians. 13:20

Doctors back at the table with province as arbitration resumes