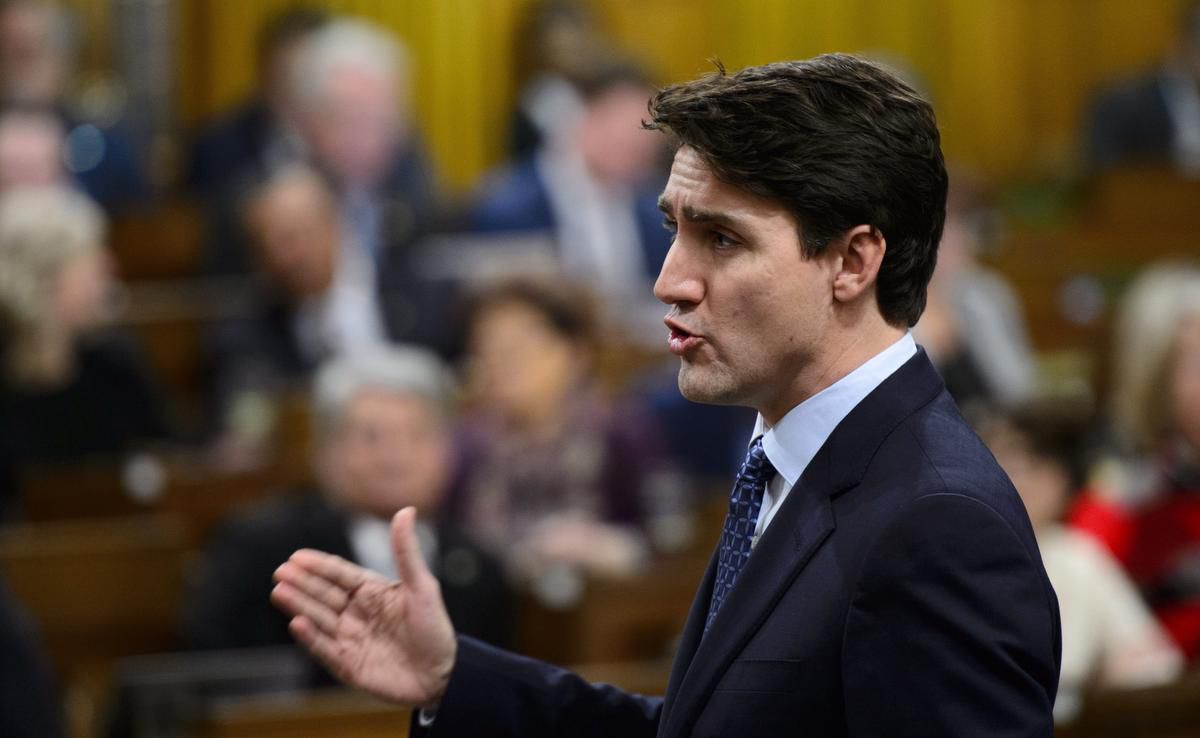 OTTAWA—A third Canadian citizen has been detained in China, the Canadian government has confirmed.

Maegan Graveline, a spokesperson for Global Affairs Canada, issued a statement saying only the government “is aware of a Canadian citizen detained in China.”

She said consular officials are providing assistance to the family, and cited the Privacy Act, refusing to release further information.

But for now, the department is contending there is no reason to believe the case is linked to other recent cases of Canadians detained in China.

The development comes exactly a week after two other Canadians, including a former diplomat, were detained in moves Canada sees as acts of retaliation for the RCMP’s arrest of a Chinese executive at the request of U.S. justice authorities.

After the Dec. 1 arrest of Meng was publicly reported, China — which had threatened Canada with “grave consequences” if she wasn’t released — moved to arrest and detain two Canadian men.

They are former diplomat Michael Kovrig, on leave from Global Affairs to work for a non-governmental organization, and businessman Michael Spavor, who organized trips into North Korea, including for former NBA superstar Dennis Rodman.

Trudeau said: “China is reacting to the arrest of one of their citizens, but we are being absolutely clear on standing up for our citizens who’ve been detained, trying to figure out why, trying to work with China to demonstrate this is not acceptable,” he said.

The Canadian prime minister took a direct shot at China and the U.S. President Donald Trump, who suggested Meng might be released if he could get a better security or trade deal with China. He said Canada will follow the rule of law and due process.

On Monday, a spokesperson for China’s foreign ministry, Hua Chunying, declined to provide further details about the condition of the Canadians or reasons for their detention. The spokesperson repeated the line, uttered last week, that they were detained “on suspicion of engaging in activities that endanger China’s national security.”

On Wednesday, according to a transcript posted by the Chinese government, Hua was asked about the third arrest, that had just recently been reported in Canada, but said she was “not aware of the situation.”

Canada’s ambassador to China, John McCallum, has been allowed one consular visit to the other two men.

The developments have given pause to professionals who travel to China. Said Stephen Nagy, Fellow with the Canadian Global Affairs Institute (CGAI) and Senior Associate Professor in the Department of Politics and International Studies at the International Christian University, Tokyo: “Frankly, I go to China frequently for research, conferences and to bring students to train them in international relations and about China.

“I am seriously reconsidering as it could impact me and my students.

“This will impact the essential scholarly, business and academic exchanges … plus … dealing with authoritarian China. This will decrease our ability to trade, prevent conflict and build long-term stable relations.

“The third arrest further cements the view that China is employing unorthodox tactics to pressure countries to bend to their political will. It also solidifies the growing consensus that rule by law, not rule of law, is being practiced in China.

“Businesses and scholars should proceed with extreme caution while ordinary travelers and overseas students should make themselves literate on the trajectory of Canada-China relations.

“It’s my view that China will squeeze U.S. friends and allies, such as Canada, Australia and others, as the reality of the divide of the U.S.-China trade war pause becomes much more apparent in the weeks and months ahead.”

Even before the latest arrest, some travellers were anxious about going to China. Louis-Philippe Rochon, a Laurentian University economics professor who was in China last week on an official academic exchange visa, says that after Meng was arrested, he decided to cut his trip to Beijing short mid-week, and returned to Canada four days early.

He tweeted that he was “uncomfortable,” and later told the Star via email that he felt “uneasy,” because it was “quite clear the arrest of Meng Wanzhou angered the Chinese people.”

He said grad students assigned to show him around told him Canada’s arrest of the Huawei chief financial officer was the only thing people were talking about. He said, at one point, the students suggested leaving a restaurant where it was “very clear patrons were annoyed with me there. Granted, no one knew I was Canadian, but the presence of a white guy made them wonder if I were.”

Rochon said he was nervous because the Chinese government knew exactly “where I was, since you have to give your passports to the hotel, and they copy it along with your visa. So I felt, at that point, I should leave.”

“As an academic, I have often read stories of scientists, academics, scholars, aid workers being the target of arrest,” Rochon told the Star in an email.

At a hotel compound in Beijing full of other academics and foreign students, Rochon said he met five or six other Canadians “and the general feeling was that they were also uneasy,” adding the whole group felt they hadn’t heard strongly supportive statements from the federal government in the Canadian press.

“It is the unpredictability of the regime that scared me, certainly. Had I been anywhere in Europe, or, indeed, in many or most Latin American countries, it would have been fine; but in a country with a history of human rights abuses, the uncertainty of knowing that something could happen, just made me personally unhinged.”

As of Tuesday, the Canadian government had not escalated any travel warnings for Canadians travelling to or within China. But it is urging citizens exercise a high degree of caution in areas where there might be isolated acts of violence, protests or bombings. It’s a warning that has been unchanged since Nov. 23.

—with files from Joanna Chiu