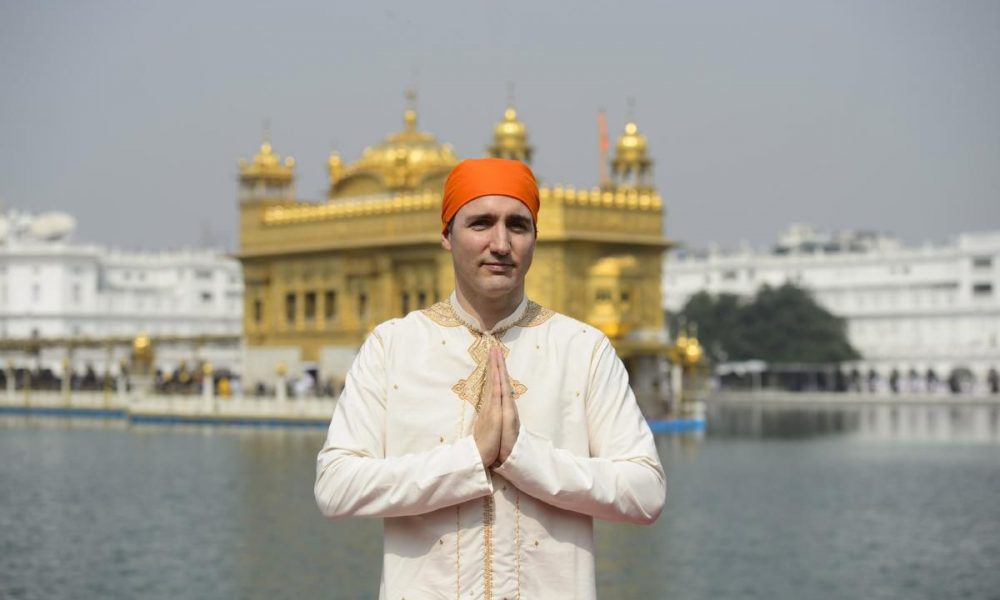 The Washington Post released a list of the 10 most-read columns in its Global Opinions section on Thursday, and not one but two of those pieces were about Trudeau’s trip to India last February.

When I sat down with him in Montreal for the Star’s interview, I asked him exactly what he regretted about it — or at least, what he’d learned from the reputation-bruising experience.

It was, Trudeau said, a lesson in the downside of social-media sensationalism, which has often played to his advantage. In other words, just as it doesn’t take much effort or depth to go viral in a good way, one misstep can also go viral in a very bad way.

“A story with me and Trump in it gets more ‘likes’ or a story about my socks gets coverage,” he explained. “Those are all sort of positive. But the flip side is also true …. It started with a few people pointing out that there was a theoretical snub at the airport, even though there wasn’t. And that started a line.”

But he says in retrospect that communications around the trip, as well as some security issues, were obviously bungled. Earlier this month, the special parliamentary committee on national security issued its report on the trip, specifically on how Jaspal Atwal, a man convicted of attempted murder, had made it into events organized by the Canadian delegation to India.

Trudeau said that some elements of the trip, especially “people-to-people relations” with business and trade interests in India, went well.

“But it all got overshadowed by this narrative that caught fire, that had we been quicker to respond or had we thought about it differently … it might have been salvageable,” he said, though also noting that the Atwal issue was a “genuine, substantive” problem with how the trip was organized.

What Trudeau didn’t spell out for me, or any of his other year-end interviewers, was the thinking behind what most people will vividly remember about the trip — the wardrobe choices, the cringeworthy efforts at cultural appropriation, dancing and bowing, and so on. Presumably all that has been rethought — we likely shouldn’t expect to see Trudeau sporting any other national attire anytime soon. More generally, maybe it can be even be added to the rules for all politicians about avoiding hats or any photos that show them eating.

Quite apart from India, Trudeau also seems to be thinking a lot as he heads into 2019 about how bad news travels quickly on social media. He said he is aware, for instance, that foreign actors may try to harness this power to make trouble for all kinds of political people during the election, as security experts have been warning.

“There are going to be attempts by groups around the world, whether they are actual state actors or subgroups in different countries, to try and shift the narrative,” he said.

What surprised me somewhat, though, was what Trudeau saw as the antidote to mischief, misuse or worse on the social media front.

“There’s all sorts of things we can and must do around the tools,” he said. “But the biggest and most important thing … is educating the public.”

Cynical or even skeptical people might wonder, as I did, whether this sounds a little inadequate to the magnitude of the democratic threat. But no, the prime minister insisted, education is the best weapon against misinformation. “I think citizens who are thoughtful and aware of the kinds of forces and competing interests and narratives out there, they are a very, very powerful bulwark against that kind of challenge.”

The interview wasn’t long enough for me to ask him to parse that thought with his India trip experience. Is Trudeau saying that a little more knowledge might have thwarted the “narrative” that took hold on his India trip?

At any rate, it’s an enduring story, as the Washington Post’s top-10 list proves — and apparently a global one, too.