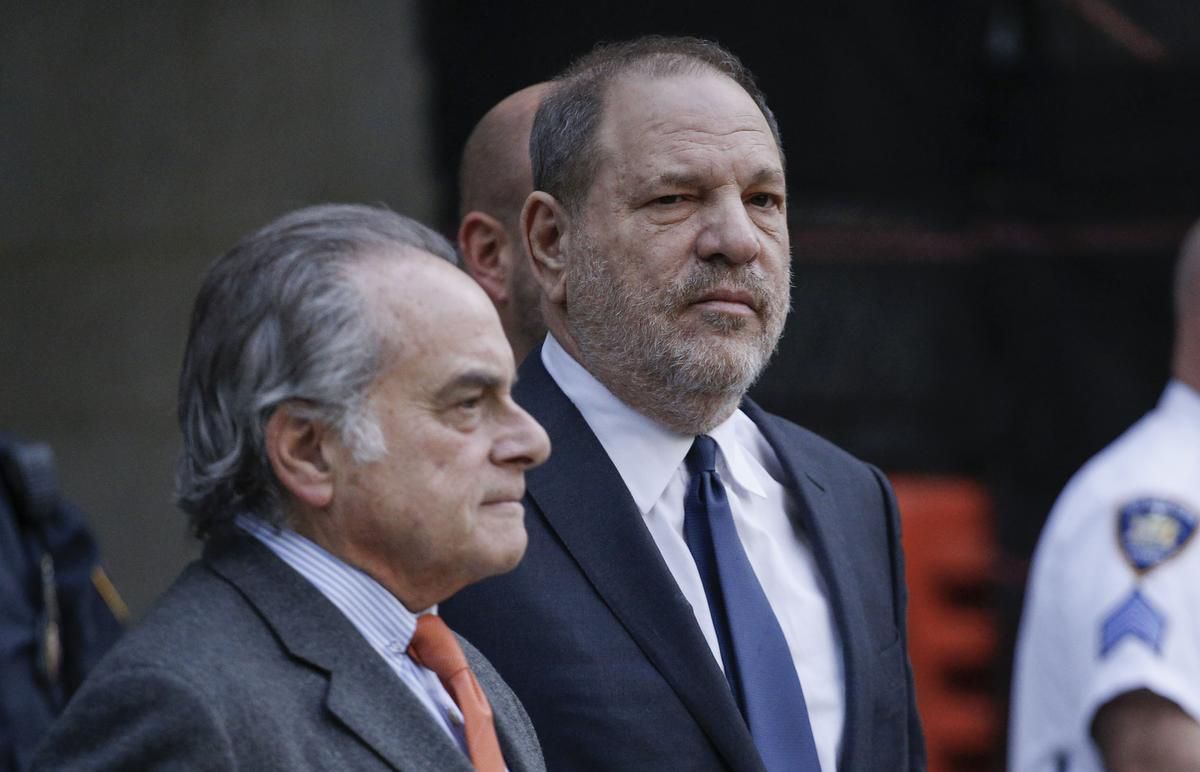 What is the future of #MeToo?

As we mothball 2018, the social movement remains a cultural force, one that has reshaped attitudes, fortified HR policies and placed bullhorns in the hands of sexual-abuse victims. Many men who once traipsed the corridors of power are now living ghosts, stripped of their careers and reputations, banished to purgatory.

In the last three months of 2017, as allegations of sexual misconduct gripped the news cycle almost daily, #MeToo was hailed as a seismic event, a watershed, a reckoning, a point from which there was no return.

Those last three months of 2017 felt like a mass exorcism.

We were purging demons.

By contrast, the movement is now a hot-air balloon in a pewter sky: it is moving slower and basked in grey. This is not necessarily bad. It might even be good. The speed of #MeToo in 2017 was unsustainable. But if the ultimate goal is to stop harassment and abuse, this year’s loss in momentum is a blessing in disguise: we can now exhale and poke holes into #MeToo to make it stronger.

The first problem, which emerged with allegations against comedian Aziz Ansari in January, is that we probably need to have a conversation about what constitutes mistreatment and what is just a bad date.

In the marketplace of human sexuality, what is a toxic hard sell and what is buyer’s remorse? What is transactional and what is stolen? Where do we draw the line between criminality and clumsy attempts at courtship?

Published on babe.net, the effort to put Ansari in the #MeToo rogue’s gallery came from a feature that recounted in graphic detail a pseudonymous 22-year-old’s date with the celebrity that “turned into the worst night of my life.”

But if you read the piece, waiting for the gotcha sins, you’re still waiting.

The same might be said of bizarre allegations against TVO’s Steve Paikin the following month. Former Toronto mayoral candidate Sarah Thomson claimed Paikin propositioned her during a lunch meeting. TVO launched a probe. The charge was “not substantiated.” In the words of Paikin, it was “complete fiction.”

Instead of lifting the #MeToo tide, the Ansari blip muddied the waters. But with Paikin we had tumbled into a treacherous riptide: the possibility an accuser was lying. And as the year rumbled on, this became a refrain from many who denied misconduct allegations while notably still championing #MeToo: David Copperfield, Michael Douglas, Ryan Seacrest, Jamie Foxx and others.

As James Franco told Stephen Colbert in response to allegations against him in January: “The things that I heard that were on Twitter are not accurate, but I completely support people coming out and being able to have a voice because they didn’t have a voice for so long.”

Around the same time, 100 female writers, academics, producers and actors in France — including Catherine Deneuve — signed an open letter arguing that the movement was going too far and now posed a danger to society: “In fact, #MeToo has led to a campaign, in the press and on social media, of public accusations and indictments against individuals who, without being given a chance to respond or defend themselves, are put in the exact same category as sex offenders.”

The “pendulum effect,” discovered by Galileo more than 400 years ago, was underway in Europe. And the #MeToo backlash would build throughout the year, steamrolling to other corners of the world where, as the Washington Post recently noted, the movement “either fizzled or never took flight.”

In all three cases — exoneration, guilt and to be determined — the lesson is clear: if #MeToo is to remain a powerful force it must navigate a bedrock of the West: innocent until proven guilty. To allow that principle to be inverted in the court of public opinion is to do grave injustice to actual victims of abuse.

Any lessening in the burden of proof will also worsen gender relations and create a chilling effect in workplaces if people begin to believe, as actor Liam Neeson told a late-night TV show in Ireland this year, #MeToo is “a bit of a witch hunt.”

Throughout 2018, there were stories of male managers confiding they no longer felt comfortable mentoring young females or even getting into elevators with them. This anxiety over being alone with a woman — something Chris Rock jokes about and Mike Pence lives by — is not an antidote to sexual misconduct.

It is an affront to true equality.

But this fear of being wrongly accused — which in part triggered the #HimToo movement this fall and unleashed a polarized debate around Brett Kavanaugh — became an inextricable part of #MeToo in 2018.

There can be no doubt the movement has changed the way we think. It has achieved more in 15 months than was accomplished this century. It is an undertaking that is long overdue. Sexual harassment and abuse is repugnant.

But if #MeToo is to charge full speed ahead next year it must also accept that not everything is black-and-white. Some points of no return are actually forks in the road. And, ultimately, there can be no justice without due process.

Afroman was gonna come to Newfoundland, but then he got high