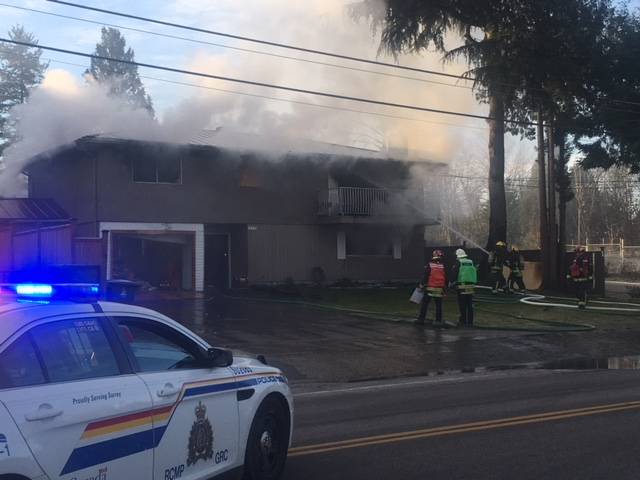 Flames and black smoke could be seen pouring out of a second-storey balcony of the abandoned house, which had also been boarded up.

No one was hurt in the blaze, but neighbours say this is the second time the house has gone up in flames in only a few months. However, there is no known connection at this time.

The fire is being considered suspicious.

An investigation is underway.

Fire crews on scene at a house fire near 133A Street and 112 Avenue on New Year’s Eve. Credit: Tony Clark / Global News