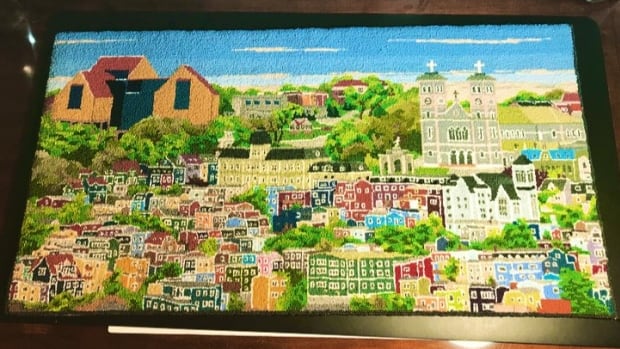 If it wasn’t for Twitter, nobody but a lucky clutch of close family and friends would ever know about Alan Kwan’s astonishingly intricate hooked-rug renderings of classic French paintings and Newfoundland scenes.

« I just thought, ‘This is amazing, people need to see this, » said Nikki Gagnon, Kwan’s daughter-in-law.

So she posted a pic of a rug he made from a picture of the north shore of St. John’s, taken from Signal Hill, to Twitter. 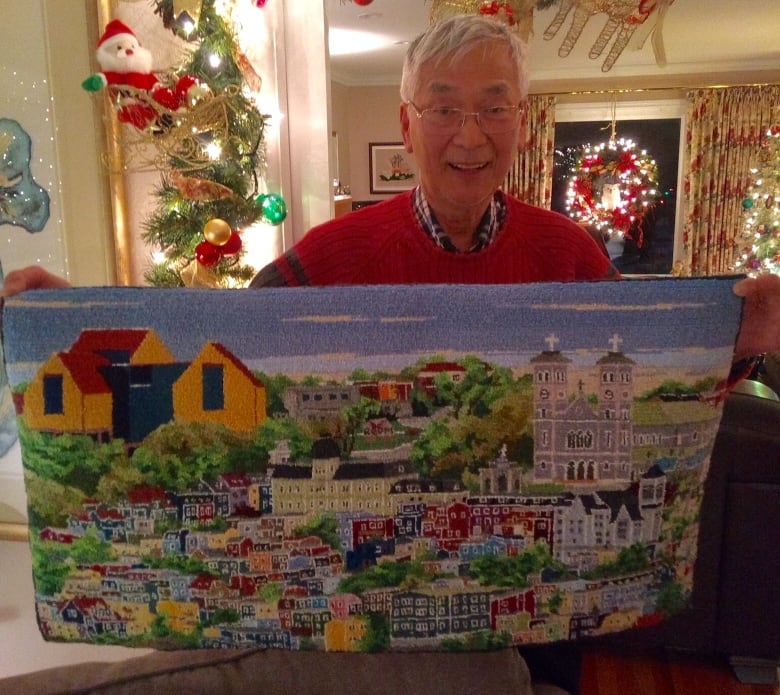 Alan Kwan holds up his masterpiece. (Submitted by Alan Kwan)

« She didn’t tell me, » Kwan said, laughing, adding that he was fine with it.

Kwan is remarkably nonchalant about his « hobby, » saying the work ethic, perfectionism, steady hand and excruciating attention to detail each of his works demand all come naturally — he was a surgeon for 35 years, arriving in St. John’s in 1975 after training in New York City and Montreal.

« I guess it fits my personality, » he said. 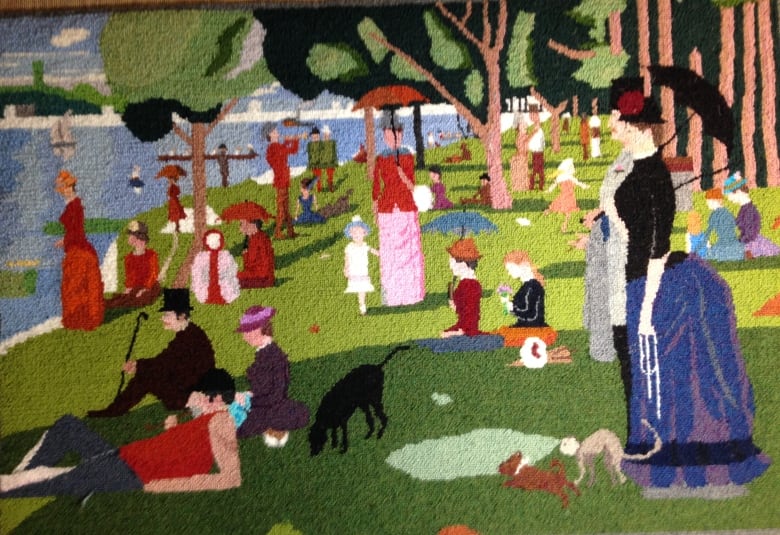 A hooked-rug rendering of George Seurat’s 1884 classic painting A Sunday Afternoon on the Island of La Grande Jatte looks almost like an early Regatta day on the shores of Quidi Vidi Lake. (Submitted by Alan Kwan)

But his inspiration for taking up rug hooking in the first place also has a connection to the medical profession.

A few years before he retired, he visited St. Anthony and saw some of the hooked rugs made during the mission established by Dr. Wilfred T. Grenfell. He even bought a few of the rugs he found in antique shops in the area. 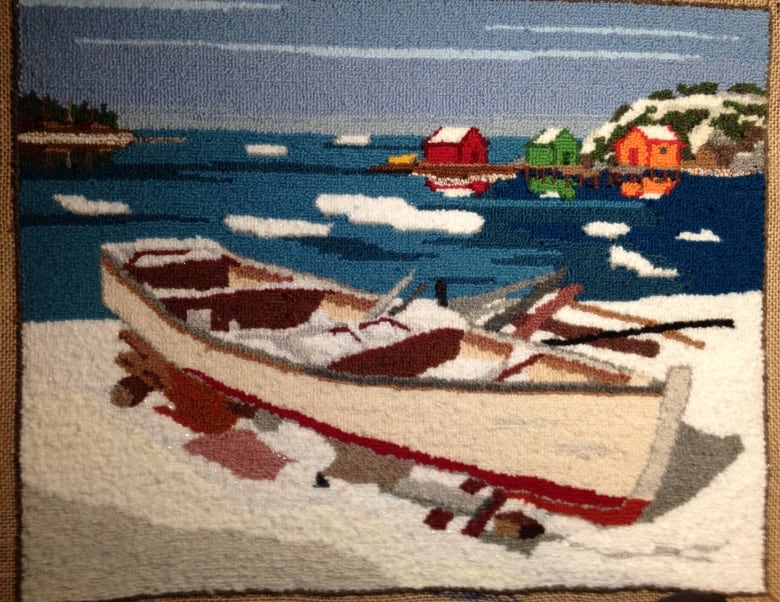 So when he retired in 2010, his wife enrolled him in a few courses at the Anna Templeton Centre in St. John’s.

« It was a retirement project, really, » he said.

Rug hooking is the ideal retirement project, he said, because it doesn’t cost much money — he uses burlap and yarn made of wool — but it keeps him creative and gives him something to do. 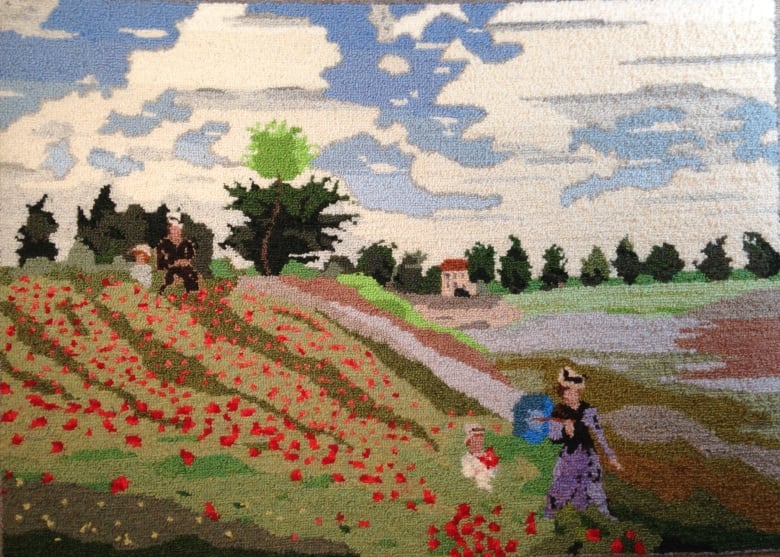 Making intricate hooked rugs like this copy of Claude Monet’s The Poppy Field Near Argenteuil is just a hobby for retired surgeon Alan Kwan. (Submitted by Alan Kwan)

He figures he spent about four or five months on the St. John’s hillscape, noting he didn’t work on it every day.

Though rug hooking aligns well with his disposition, he said, he still learns a lot from it. 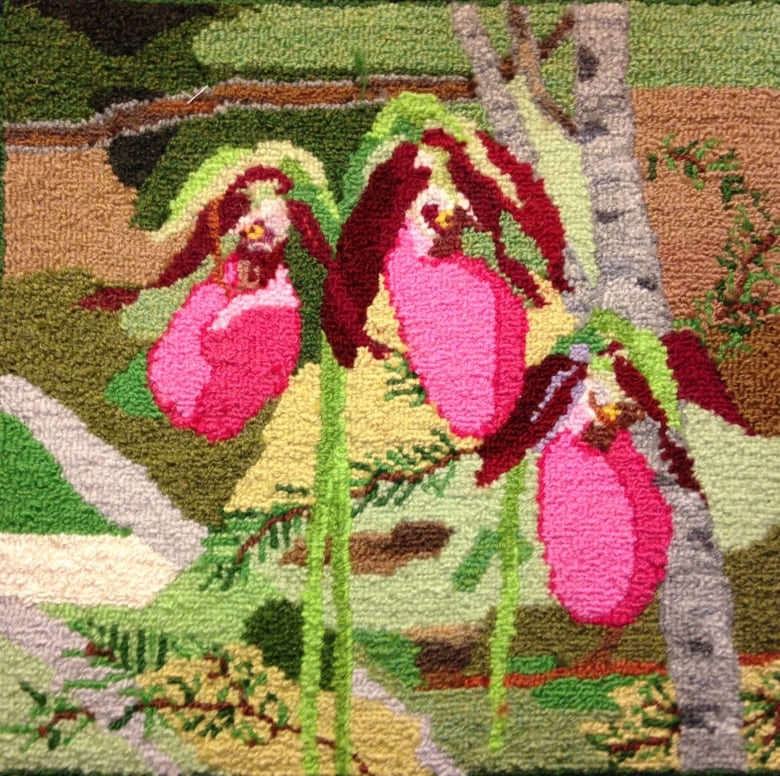