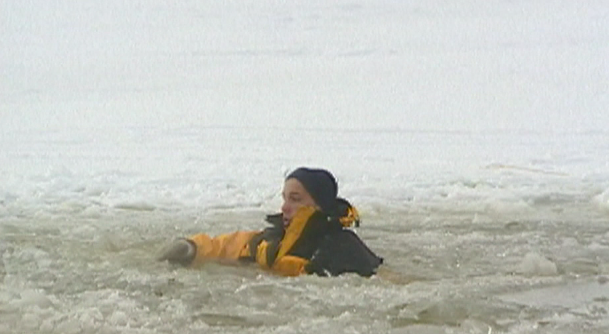 The windchill, for example, is forecast to be 40 below.

A local weather expert — you may have seen on David Letterman or on talk shows with William Shatner — has some tips to stay warm.

University of Manitoba weather professor Gordon Giesbrecht has done some crazy experiments in the cold, including jumping into a freezing cold lake Winnipeg.

Giesbrecht says the number one concern on frigid nights like New Year’s Eve is frostbite.

“If your skin starts to feel numb — your toes, your fingers — that’s a sign that if you don’t do something, the next thing that’s going to happen is you won’t feel it anymore and it’ll feel like everything is good, but that just means you’re about to freeze your tissue,” Giesbrecht said.

If you’re looking for a little extra warmth, new winter gear is available to combat the extreme cold.

“These kinds are really cool for wind protection,” said Greg Rubell of Mountain Equipment Co-op, referring to vented balaclavas. “They let you breathe without frosting up your glasses and make it a lot easier to breathe with a nose vent.”

If you feel uncomfortable in the cold, stretching and moving around is always a good idea, but there’s another tip Giesbrecht recommends.

“If you’re going to be sitting somewhere, get a a small piece of Styrofoam and sit on that. That’s magic; that’s a thing of beauty right there. It’ll really warm you up.”