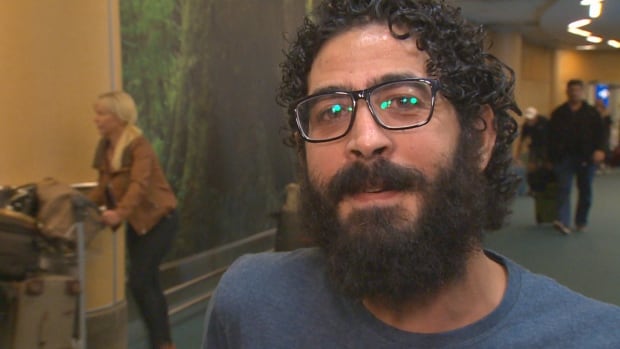 The transition from living in an airport to freedom in a new country has not been as easy as expected for Syrian refugee Hassan Al-Kontar, who arrived in his new home in Whistler, B.C., a little more than a month ago.

But amid the challenges of a new life, a purpose is taking shape: He wants to help people who are trapped in similar  circumstances.

« I will always be the man who was stuck at the airport — that’s the reality, that’s what the rest of my life is, so better to use it to help others, » Al-Kontar said.

Al-Kontar spent seven months living in limbo in the transit area of the Kuala Lumpur International Airport in Malaysia, followed by two months in an immigration detention centre after being deported from the United Arab Emirates when his work visa expired

After a group of Whistler residents and the B.C. Muslim Association lobbied on his behalf and sponsored his move to Canada, Al-Kontar landed in Vancouver at the end of November.

But soon after he arrived in Whistler he realized he needed to find a new purpose.

« When I was back at the airport, I knew what I was looking for: to be safe, to be legal, to have a place where I can call home, » Al-Kontar told Laura Lynch, guest host of CBC Radio’s The Early Edition.

« I thought Canada was the end of the story. »

Instead, it’s proven to be a « new beginning » with equally new challenges, Al-Kontar said.

« I still feel the pressure a little bit, » he said.

« I’m still having an amazing time here in Whistler and in Canada in general — people are amazing. » But the challenges are « something personal, » he said. 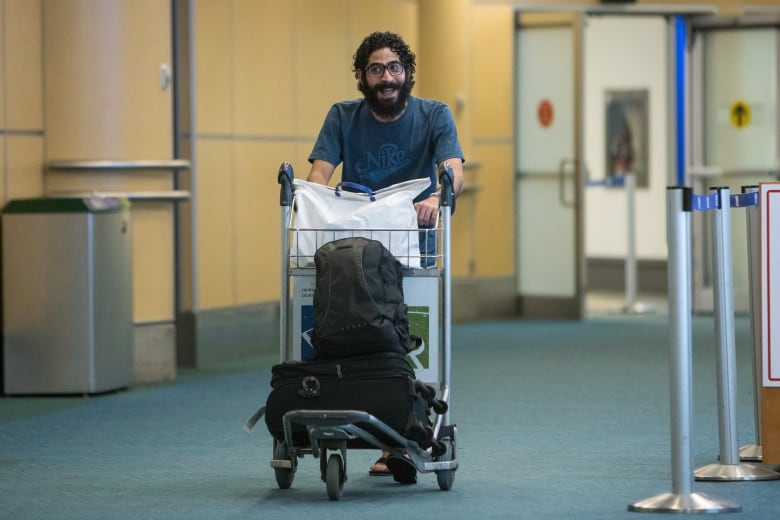 ‘I feel that responsibility’

Al-Kontar, who saw snow for the first time in Whistler, was planning to work at a hotel in the resort town, but now hopes to use his experience as a stranded refugee to help others in a similar position.

« I receive a lot of messages from other people all around the world asking for help, » he said.

« I’m still an individual at the end of the day who doesn’t know what to do exactly, but I feel that responsibility. »

Al-Kontar said his story is both personal and a reflection of the reality of war in Syria.

He was recently in Toronto, giving a talk to students about his experiences and answering « deeper questions » about the Syrian conflict and refugee crisis.

He said he hopes to continue raising awareness about the conflict and to advocate for other refugees.

« Things are not that clear that in my mind, but I have a lot on my list, » Al-Kontar said.

The transition from living in an airport for months on end to normal life has not been as easy as expected for Syrian refugee Hassan Al-Kontar, who arrived in his new home in Whistler, B.C. just over a month ago. 9:00