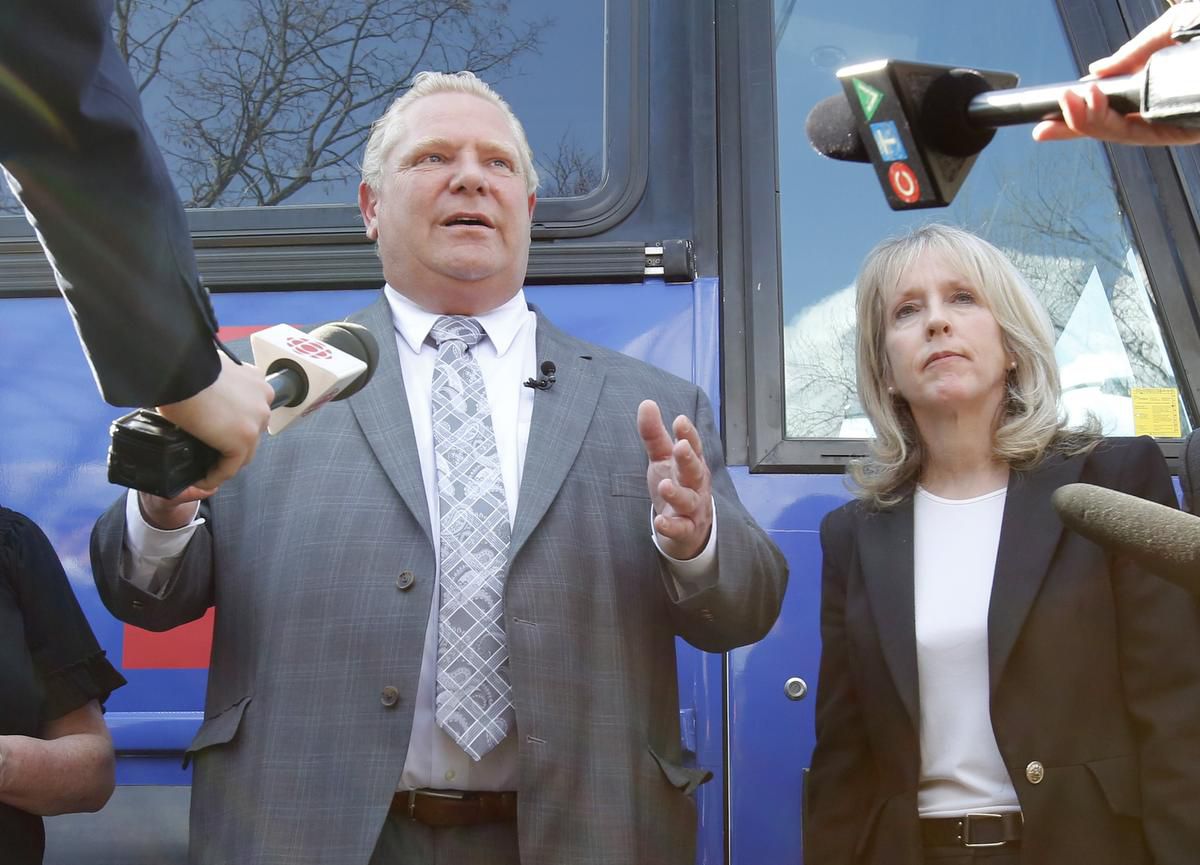 Ontario’s post-secondary institutions have ushered in free-speech policies, meeting a provincially imposed Jan. 1 deadline to tackle an issue that has polarized students in this province and beyond.

“It strikes a balance … It will give people some guidance,” said Linda Franklin, president of Colleges Ontario, of the new standard policy adopted in mid-December by all publicly-funded colleges.

“It gives administrators the right to say ‘We have to think about safety on campus and hate speech’ ” — which remains prohibited — but also doesn’t silence those with opinions that are unpopular, she said.

Those on campus have to know there are “speakers that you may not like or who support your world view,” but open dialogue is essential, Franklin added.

“We’re committed to the open discussion of diverse ideas and respecting everyone’s rights to express their opinions.”

In Ontario, protests — and even arrests — have followed controversial speakers such as University of Toronto professor Jordan Peterson and Lindsay Shepherd, a Wilfrid Laurier graduate student and teaching assistant.

Shepherd was disciplined after showing her students a video of Peterson, who has gained notoriety for his public fight against the use of gender-neutral pronouns.

Institutions will be monitored and have been told they could face funding cuts for failing to comply with principles outlined by the province.

These include ensuring that universities and colleges are “places for open discussion and free inquiry,” that they “should not attempt to shield students from ideas or opinions that (those students) disagree with or find offensive;” and that “members of the university/college … may not obstruct or interfere with the freedom of others to express their views.”

Before the holiday break, Fullerton told reporters she was pleased colleges met the deadline, and was expecting universities would as well.

“I think what (the free speech policy) will do is create some certainly around expectations, and we want to make sure that there’s an environment of respect, of open debate, respectful dialogue and that’s really the foundation,” said Fullerton.

“We don’t want to see hate speech — we will not tolerate hate speech — that is not permitted. Anything that is against the law already, there will be repercussions.”

However, Fullerton added, the government was “constantly” hearing that free speech was being stifled on Ontario campuses.

The Ontario colleges’ policy — modelled on a well-regarded one developed by the University of Chicago — aims to strike a balance between promoting free speech while protecting against hate speech.

Colleges Ontario has come under fire from the Ontario Public Service Employees Union, which said more input was needed and claimed no faculty members were included.

“This so-called free-speech policy is anything but. In fact, a better name would be ‘gag-order policy,’” OPSEU president Warren “Smokey” Thomas said in a release.

It accuses the Ford government of “trampling the democratic rights of the people of Ontario” because the policies are more aimed at avoiding protests than protecting freedom of speech.

But Franklin said a group of college leaders, as well as a representative from the College Student Alliance and legal experts, all took part in its creation, and that it will be reviewed in a year.

She said campuses around the world have dealt with protests and disruptions over speakers who students have objected to for various reasons.

The Ontario colleges’ policy states, in part, “Freedom of expression, which means the right to speak, write, listen, challenge and learn, must be protected as it is essential to discovery, critical assessment and the effective dissemination of knowledge and ideas and leads to social and economic advancement.”

Colleges, it adds, “must be places that allow for open discussion and free inquiry where diverse voices can be heard and ideas and viewpoints can be explored and discussed freely and debated openly without fear of reprisal, even if these are considered to be controversial or conflict with the views of some members of the college community … it is not the role of colleges to shield members of the college community from ideas and opinions that they may find disagreeable or offensive.”

The University of Toronto has a free-speech policy that has been in place for more than 25 years.

Among those universities approving new policies, Queen’s in Kingston did so Dec. 18, stating that the “failure to explore or confront ideas with which we disagree through disciplined and respectful dialogue, debate, and argument, does society a disservice, weakens our intellectual integrity, and threatens the very core of the university.”