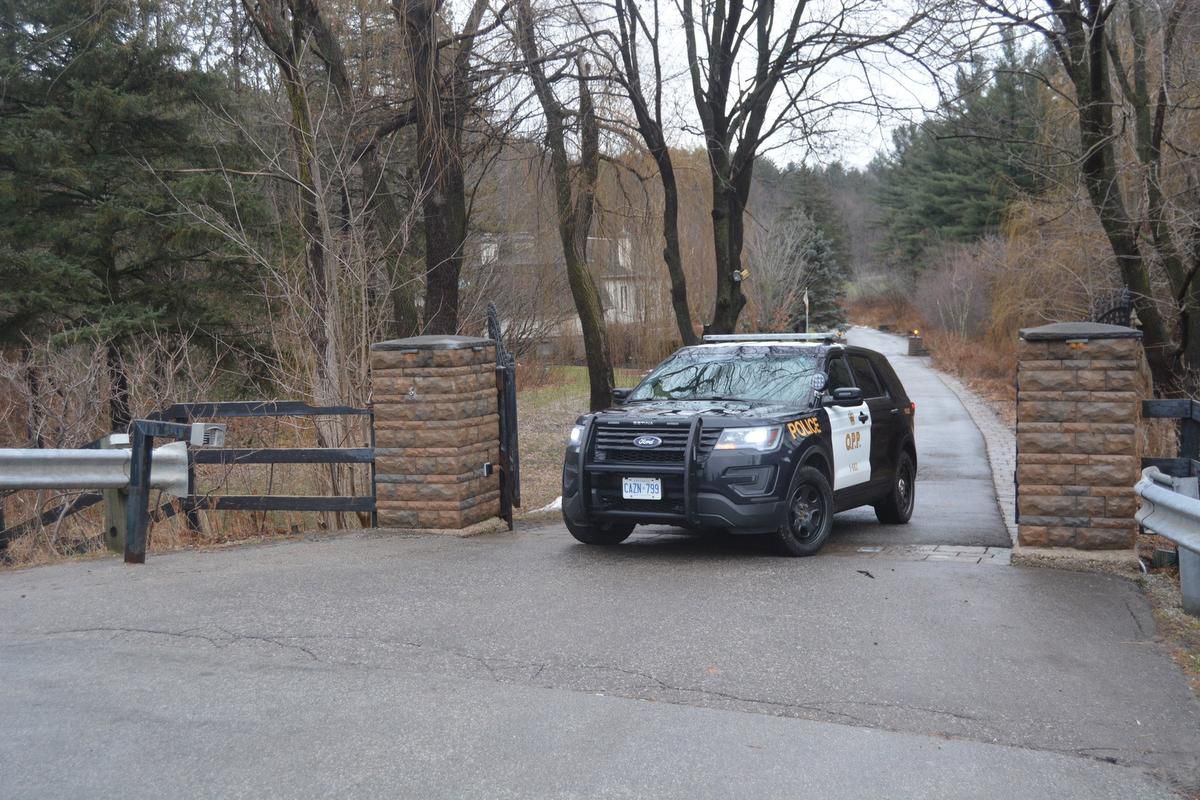 Accused killer Jonathan Weir was a resident of the luxury compound of his uncle, Michael Wekerle, a former Dragons’ Den TV personality, when he was charged with murdering his former high school classmate there last week.

Weir’s address is listed as Wekerle’s sprawling 80-hectare gated estate, just outside the historic community of Cheltenham, according to a court document that outlines the first-degree murder charge against him.

He was arrested after Caledon OPP were called to Wekerle’s estate around 7:25 p.m. on Dec. 27 and found the lifeless body of Tyler Swartz, 18, of Thornhill.

Weir’s lawyer Calvin Barry told the Star he wasn’t sure exactly how long his 20-year-old client had been living with his uncle at the property.

“He was there for some time, at that location,” Barry said.

Police originally charged Weir with second-degree murder but quickly bumped that up to the more serious charge of first-degree murder, which involves premeditation, Barry said.

Read more: Teen killed at home owned by Michael Wekerle remembered as ‘angel of a kid’

Barry said he will be fighting for bail for Weir later this month. His hearing is scheduled for Jan. 21 in Orangeville court.

It’s not clear what the relationship of the two young men was. Both attended the Thornhill campus of Blyth Academy, a private Grades 5-12 school, until the spring of 2017, a spokesperson for the school confirmed.

“Given the ongoing police investigation, we will not comment further about this tragic incident,” Alicia Della Maestra wrote in an email.

Barry said his client is “obviously upset” and it’s the first time he’s ever been in custody.

The lawyer added that Weir’s parents, who are divorced, both have suitable homes for him to live in as he awaits his trial.

“It may be that he lives at the mother’s place or the father’s place,” Barry said. “It’s a very close family.”

Police have said that a court-ordered publication ban means they can’t update the media on whether Wekerle was on site at the time of the death, the cause of death or any other details.

Messages on an intercom from the outside gate of the secluded tree filled Caledon property were not returned this week. Neither was an email or requests to Wekerle’s social media accounts.

Wekerle’s website calls him “a rock star in the world of Canadian finance,” known for his shrewd instincts in the fields of tech, biotech and media, and the founder and chairman of the merchant bank Difference Capital Financial Inc.

The Caledon estate, which he purchased in 2010 for $3 million, is known for its yearly charity concert event, Wekfest, which has featured acts such as Snoop Dogg and Sloan.

In 2010, Wekerle went on a “drunken escapade” in a luxury hotel in Little Rock, Arkansas, according to allegations in a lawsuit filed by a doorman who said he attempted to flip him over his shoulder during the incident.

The lawsuit was dismissed by a United States District Judge in 2015. It also contains allegations that the investor blew an airhorn in the lobby before dropping his pants, licking a woman’s foot, and yelling profanity.

In a statement emailed to the Star by his lawyer at the time, Wekerle said the incident occurred during a difficult period of his life.

“I had just lost my wife and I still have difficult moments. While I dispute certain parts of the allegations, I acknowledge that on that night three years ago I behaved in a way that I’m not particularly proud of. For that, I apologize. There is a legal process currently unfolding and I am going to let it run its course,” he wrote.

Wekerle’s website also describes him as “a doting father to six children” who “donates millions of dollars to a wide variety of philanthropic interests,” including CAMH and Sick Kids.

His site says his other properties include the historic Toronto entertainment venue the El Mocambo on Spadina Ave. and that he’s a partner in the Canadian franchise of Wahlburgers — the Boston-based restaurant chain run by the actor/rapper Mark Wahlberg and his family.

Swartz was described as “an angel of a kid” by Esther Grossbaum, co-ordinator of the Friendship Circle, an organization for children with special needs that he volunteered with.

According to his LinkedIn profile, he was going to Sheridan College to become a plumber. Sheridan College confirmed a student with the same name was enrolled with the school in the fall of 2017 but withdrew without completing the semester.

He was honoured in 2017 with the City of Thornhill’s longest standing volunteer award for his community service.