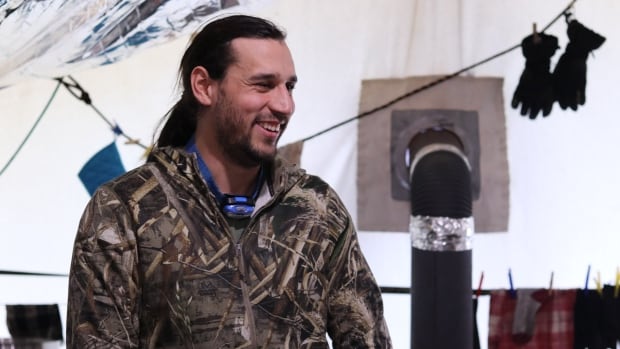 Dozens of Indigenous people and their supporters have setup camp in a remote part of northern B.C., using a strategic access point to control who can get into the territory, as RCMP officers setup nearby.

The camp was built following an interim injunction from the B.C. Supreme Court in December to support Coastal GasLink with starting construction on a nearly 700 kilometre-long pipeline through the territory.

Now, more than a dozen RCMP officers have checked into a hotel in Houston, the nearest town to the Gidimt’en camp, stoking anticipation among those staying there about what happens next.

Coastal GasLink has said it needs access to the area as soon as possible to meet construction deadlines for its role in an estimated $40 billion natural gas pipeline and transformation plant.

The Gidimt’en camp is the latest move to assert opposition to the construction of oil and gas pipelines in Wet’suwet’en traditional territory.

« I am very honoured to have all my brothers and sisters here with us to stand with Gitimd’en, » said elder and Gitimd’en clan member Chief Grizzly Mama.

The Gitimd’en are one of five clans that make up the Wet’suwet’en. In total, there are 22,000 square km of Wet’suwet’en traditional territory in this northern region of B.C., an area that was part of the landmark Delgamuukw case where the Supreme Court of Canada confirmed the Indigenous nation’s land rights and title had never been extinguished. 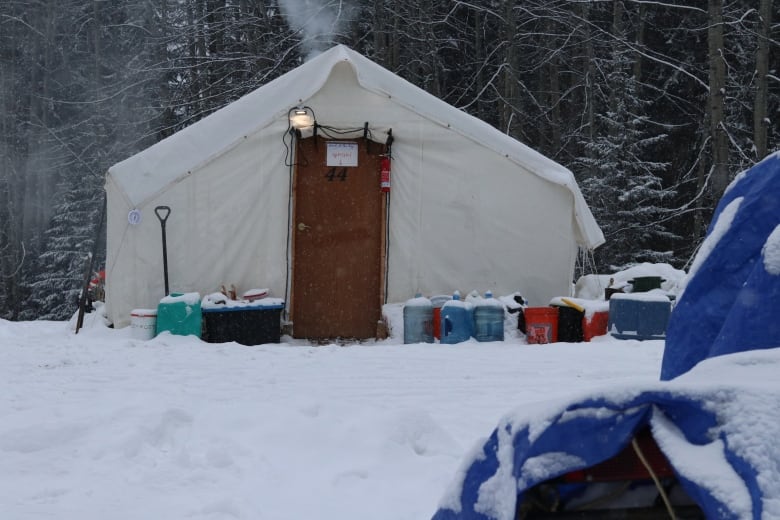 A cooking tent, heated with a wood burning stove, was the first structure built at the Gidimt’en access point camp in December. (Chantelle Bellrichard/CBC)

Coastal GasLink has made agreements with all of the elected Indigenous band councils along the pipeline route and says it’s been consulting with hereditary leadership of the Wet’suwet’en for years about the project.

But a release put out by the Gidimt’en camp states, according to Wet’suwet’en law, the company « has never received permission from the proper title holders to access any Wet’suwet’en territories. »

‘This is where we live our lives’

Standing in a cooking tent at the Gidimt’en camp, people mill about making soup, brewing coffee and chatting. Some sit huddled around a small fire outside, snow falling all around them.

The Gidimt’en access point camp was established a couple weeks ago and has grown quickly to include several permanent structures to accommodate the people staying there.

About 20 km away sits the longstanding Unist’ot’en camp, which was established in 2010 and has long stood in opposition to oil and gas development in the territory. 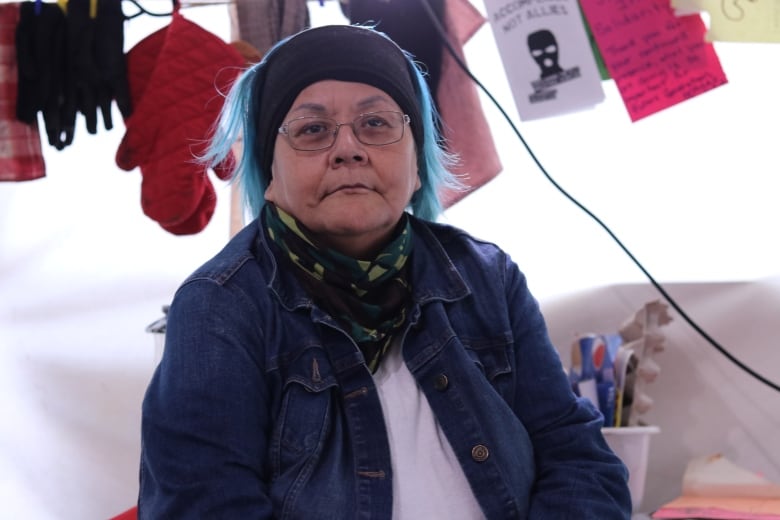 Chief Grizzly Mama, sitting in the cook tent, said she’s honoured to see support for the anti-pipeline cause. (Chantelle Bellrichard/CBC)

Both camps are opposing the building of the Coastal GasLink pipeline, designed to transport natural gas from northeastern B.C. to a liquefied natural gas plant slated for construction in the north coast community of Kitimat, B.C.

Several of the people at the new Gidimt’en camp have come from Indigenous communities across Canada and the U.S. to support the Wet’suwet’en. They say Coastal GasLink is not welcome to build a pipeline in their territory without the consent of the hereditary leadership.

Cody Merriman is Haida and married into the Gidimt’en clan. He said he’s supporting the camp as part of his obligation to protect his wife’s territory for their two children and the clan’s hereditary leaders.

While people go about their day-to-day activities at the camp, they’re also regularly volunteering for shifts at a constructed gate, built on a small bridge along the forest service road that stops traffic for freely moving through.

The anti-pipeline group says logging companies and others are given access to move through the area without issue.

This gate is the second of its kind to be constructed on the planned pipeline route.

Entrance to the Gidimt’en camp in northern BC (Wetsuweten territory). A couple dozen people are now staying here – from several First Nations – to stand in opposition to the Coastal Gas Link pipeline. Area is subject to a recent interim injunction. <a href= »https://t.co/3PgwiWmIkF »>pic.twitter.com/3PgwiWmIkF</a>

Merriman said they’re not sure what to expect from the RCMP in the days ahead. He said he realizes what they’re doing is being characterized as unlawful activity.

« And I think back … you know what, the RCMP lawfully assisted in taking our kids to residential school, » he said.

« My argument is, whatever is lawful, doesn’t mean it’s right. »

CBC was unable to reach the designated spokesperson for the RCMP by deadline.