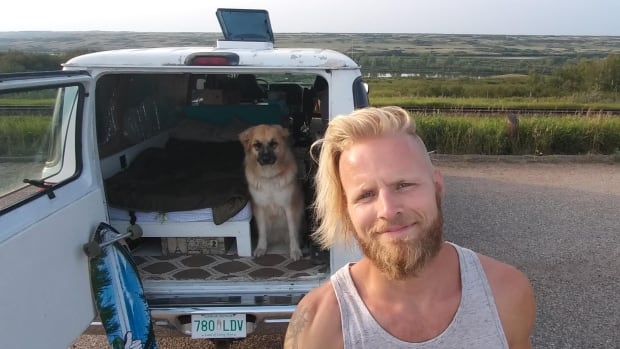 You can joke all you like, or make pop culture references to an infamous character from Saturday Night Live, but for one Saskatoon man, living in a van brings a sense of purpose.

I don’t have that crystal clear vision of what I’m doing but it just felt right.– Jesse Boldt

« I remember smiling to myself and just think yes you finally did the right thing, » said Jesse Boldt in an interview with CBC Radio’s Saskatoon Morning.

For Jesse Boldt, all the comforts of home are in a 1997 white Dodge Cargo van. Well, most of them. The Saskatoon man sold the house he owned for nine years to live in a van that he parks in different spots throughout the city. It’s a lifestyle he’s chosen – and one that he says, has brought him fullfillment. 5:37

Boldt readily admits he entered the rat race a little early. By 20, Boldt was a home owner, with a car payment and a credit card.

« In society’s eyes it seemed like a good thing to do, and you know, I felt OK doing it; I felt successful. »

That feeling faded, as the demands of bills led Boldt from job to job, living a life where he felt no real joy and did not have a sense of purpose. For Boldt, the antidote to his existential angst was to pull the plug on modern expectations, selling his home and moving into a van.

Night one at Walmart

He recalled that first night in the van, in a big box store’s parking lot.

« I don’t have that crystal clear vision of what I’m doing, but it just felt right, and that was the first time in my life where finally stepping out of that rat race, training full-time martial arts, it just felt right and I felt that I had a purpose. »

There is something important in Boldt’s memory of that first night in the van. For him, finding mixed martial arts, or MMA is one of the catalysts in finding the courage to do the unexpected and to begin living a more fulfilling life. 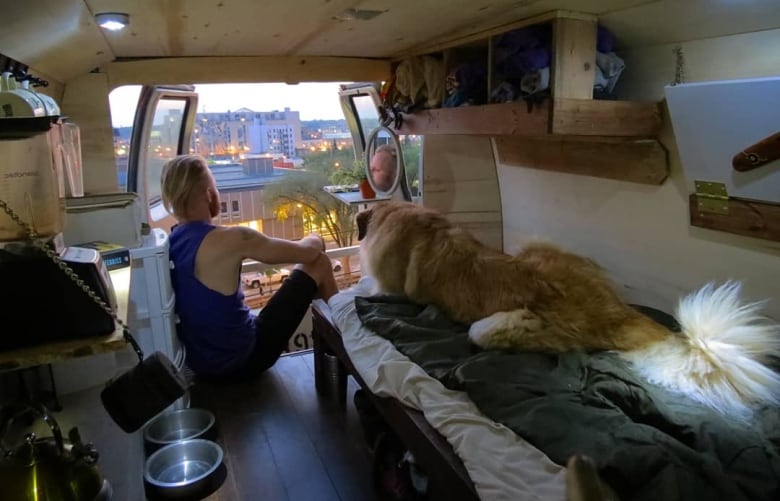 Life for Jesse Boldt and his dog Princess Layla is sometimes challenging. The van does not have running water, and there’s not enough head room for Jesse. (Jesse Boldt )

All that said, Boldt’s van life is not Nirvana. There are challenges, like trying to stay warm in the Saskatchewan winter, and he said, his set-up is pretty basic.

« There is no running water. I have four-litre milk jugs or water jugs that I just keep filling up; there is no air conditioning so summertime is a challenge, but I have a lot of roof vents. »

Maybe someday he’ll upgrade to a better van, but for now it’s good enough. Boldt has an electric heater, and there are a few places around the city, including outside the gym where he trains, where they let him plug in at night.

Boldt is taking van life one day at a time. When he first started out, he just wanted to make it through the first week. Recently, he said, he celebrated eight months « the ‘vanniversary’ I call it. »

Jesse Boldt is proud to live in a van, and yes, sometimes it’s parked down by the river. 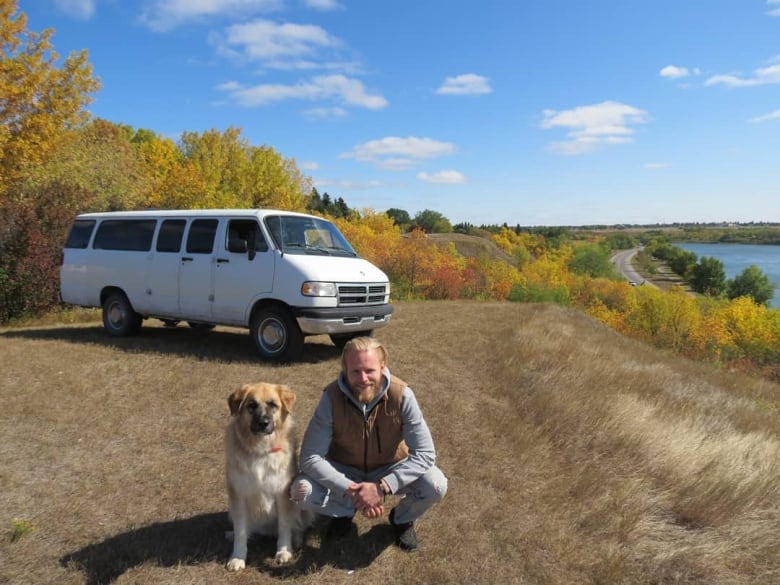 Jesse Boldt, shown here, with his van parked down by the river. (Jesse Boldt)