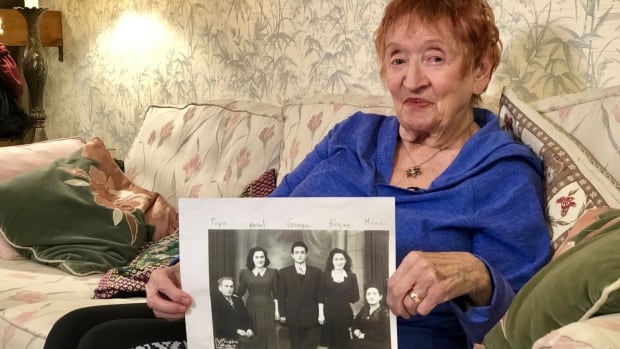 The memories of the Holocaust are as fresh as ever for Regine Frankel.

She remembers, she says, « never knowing even the next day — will we be alive? »

Frankel and her family hid with a family in France for years during the Second World War, knowing at any moment they could be found and killed.

She has been sharing her story with school children for decades, but said she was shocked when she recently spoke to a group of students in Winnipeg.

« There was one class who knew nothing. That was very disturbing, because the Holocaust is not something that was in the past. It’s something that you have to learn, so that it doesn’t repeat itself. »

Franco says over the years, she’s noticed people know less about what happened to people like her, including the knowledge that six million European Jews were killed in Nazi-run concentration camps.

Belle Jarniewski said she’s also noticed that Canadians have less knowledge than they used to.

The executive director of the Jewish Heritage Centre of Western Canada was leading the discussion with the students.

In Manitoba, students are required to learn about the Holocaust in Grade 6.

But Jarniewski said any of the tougher concepts aren’t appropriate for that age group, meaning many students don’t receive a deeper education on genocide as they get older. 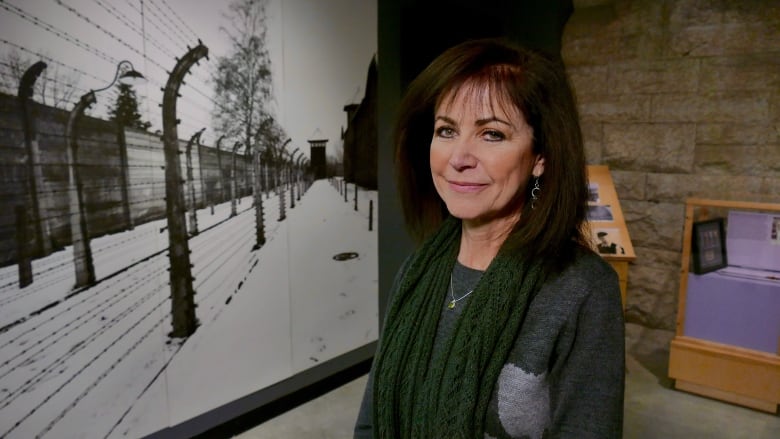 Belle Jarniewski is the executive director of the Jewish Heritage Centre of Western Canada. (Trevor Brine/CBC)

She wants Manitoba to include more about the Holocaust in the curriculum, including Canada’s role in anti-Semitism, something that is less known.

« Canada had the worst record of any country in accepting Jews who were fleeing Nazi persecution, » she said.

« No one knows the story about the St. Louis, a boat that was not allowed into Canada that carried over 900 [refugee] Jews, » she said.

« Unless we know our own history … I think it makes us less understanding and aware of the refugee situation today. »

Jarniewski said understanding how the Jewish population was treated in the past is especially important now.

« It teaches students what happens what happened with an abuse of power. Particularly today, when we see the rise of populism, of nationalism, of white supremacy. This is the prime example of the importance of countering that. »

The Holocaust marks an important moment in human rights, according to Jeremy Maron, curator of Holocaust and genocide content at the Canadian Museum for Human Rights.

Maron said it also serves as a case study to understand how human rights abuses and genocide can occur.

« The Holocaust really shows that when human rights and human dignity are not recognized and not respected, the slope can become very slippery, » he said.

« It’s very painful. But it’s necessary. And I just hope it has just some effect. Even if we reach just a few of them. »