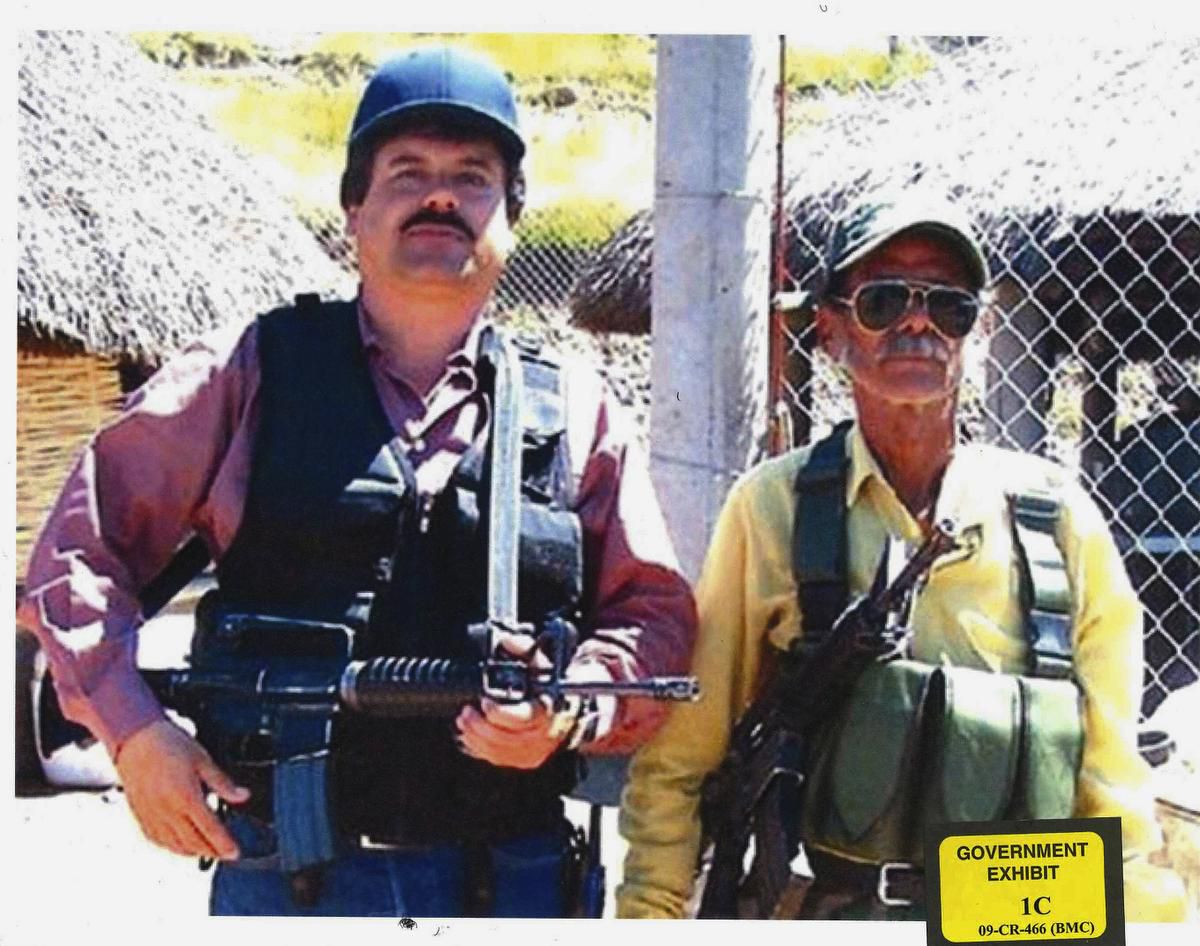 It was only after Colombian Cristian Rodriguez, Guzman’s in-house computer geek, moved four servers out of Canada that American authorities were able tap into the encrypted messaging system at the heart of his billion-dollar empire, prosecutors argued at trial this week.

Rodriguez is now a co-operating witness for the prosecution.

Guzman faces life in prison on conspiracy charges, as prosecutors contend he used the Canadian-based system to run an empire that trafficked narcotics and weapons and played a central role in Mexican drug wars that have left thousands dead.

Guzman has pleaded not guilty to charges of international drug trafficking and conspiracy to murder rivals.

The central role of communications didn’t surprise a Toronto-based journalist who covered organized crime on the Mexican-U.S. border in the early 2000s, before he was forced to seek asylum in Canada over cartel death threats.

“These guys have resources — both human and economic- to implement advanced networks,” Luis Horacio Najera said in an interview on Thursday. “They also have a new mindset that understands and know how to use technology for criminal purposes, which is remarkable.”

That Star has examined some of the evidence from the ongoing case.

According to the evidence presented by prosecutors, Rodriguez developed the Canadian-based platform for Guzman, trained associates in how to maintain the systems and helped upgrade and repair them from a remote location.

Rodriguez, working for investigators, persuaded Guzman to allow him to move the network’s four secret servers from Canada to the Netherlands in 2011, as it was believed it would be easier there to get a warrant to seize the phone calls as evidence.

It was after the switch that authorities were able to tap into Guzman’s encrypted messages.

Guzman was extradited to the United States in 2017. Agents recorded his phone calls from Manhattan’s Metropolitan Correctional Center and said they were able to identify traits that made his voice identifiable.

A federal agent told the trial that Guzman’s voice has a “kind of a sing-songy nature to it” with a “nasally undertone” and distinctive high pitch.

The recorded messages show Guzman played a variety of roles, from calming an over-zealous hit man to trying to monitoring the various women in his life.

In one of the recordings, he tells worker Orso Ivan Gastelum Cruz — better known as “Cholo Ivan” — to show a bit of restraint towards beating up police officers, kidnapping and murder.

“Once you have them tied up and such, we’ll check it out to make sure we don’t execute innocent people,” Guzman tells Cholo Ivan.

“Talk to them, you know they are policemen. It’s better not to smack them around,” Chapo urges Cholo Ivan.

“Well, you taught us to be a wolf,” Cholo Ivan replies. “Acting like a wolf, I’m remembering, and that is how I like to do it.”

Authorities got their big break after luring Rodriguez to a Manhattan hotel in 2010, where he was secretly recorded trying to buy equipment that would allow him to evade law enforcement detection.

That conversation was used as leverage to eventually persuade Rodriguez to co-operate with authorities.

Guzman’s trial in Brooklyn has heard several of the calls this week.

The trial has also heard that Guzman used encrypted Canadian-made BlackBerries to spy on his beauty queen wife, Emma Coronel, and a lover, Agustina Cabanillas Acosta.

In court exhibits, Cabanillas is referred to as “Fiera,” Spanish for “Wild Beast.”

Court heard text messages in which Guzman and she discuss setting up a chemical fertilizer business in Germany and citrus firm in Ecuador to export drugs to Canada, Europe, Australia and the United States

They address each other as “Love” in the texts.

However, in a text to a friend also released in court, Cabanillas calls Guzman an “idiot” and disses his Canadian-made cellular phones.

“I don’t trust these BlackBerries, the ones he gives me over here, because the bastard can locate me.”