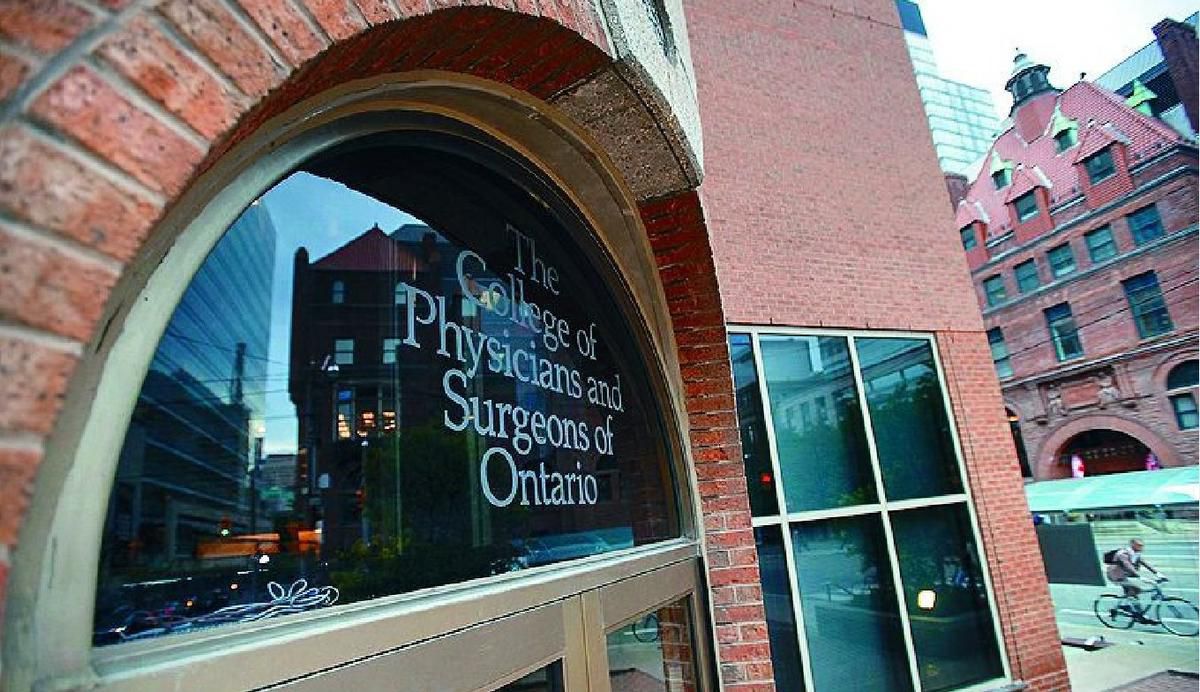 One fall afternoon in 2010 while Dr. Jane Gilbert was drinking with a patient at his home, she asked him if he wanted help getting an erection.

It would prove to be the beginning of the end of her career in psychiatry.

But not before she also had sex with Patient A, whose identity is covered by a publication ban, at her home, his cottage, her office at the Oakville hospital and a hotel room.

And not before she took Patient A to a sex store, a place he had never visited before, to try on a penis ring to maintain an erection.

All of this is laid out in a statement of uncontested facts filed Wednesday at the College of Physicians and Surgeons of Ontario, where a discipline panel stripped Gilbert of her licence, having found she sexually abused a patient and committed professional misconduct.

Gilbert, who is the owner of The Bear Clinic in Oakville, was a no-show for the hearing, having sent two lawyers in her place who entered a plea of “no contest,” meaning she consents to the discipline panel accepting the allegations as correct for the purpose of the hearing only, but was also not admitting guilt.

“Rather than provide help for this vulnerable patient during his most difficult time, she initiated a personal and then sexual relationship with him to satisfy her own needs at the time,” college prosecutor Carolyn Silver told the discipline panel Wednesday.

It all began in October 2009, when Patient A saw Gilbert for a psychiatric consultation at the Oakville hospital. (Gilbert resigned from the hospital clinic in 2011 to open her own clinic.)

Patient A had been hospitalized for anxiety the previous month, having suffered from mental health issues following years of intense treatment for cancer, according to a statement of facts.

During a September 2010 appointment with Patient A, Gilbert started to cry, telling the patient her husband was leaving her, the discipline panel was told.

“Patient A did not know what to do. He gave Dr. Gilbert a hug to console her,” says the statement. “He invited Dr. Gilbert to his house to have dinner with him and his wife,” which she accepted.

She then became friends with Patient A and his wife while still treating him, and started coming to their house regularly as early as 7:30 a.m. and staying for hours while the patient’s wife was at work, the panel was told. She would drink alcohol with him at home on Friday evenings.

When she first initiated sexual contact with Patient A at his home in the fall of 2010, she told him she wanted to “cultivate ‘that kind of friendship,’” according to the statement of facts.

Patient A told her getting an erection was difficult as a result of cancer-related surgery, and initially declined her offer to help him.

“Wouldn’t you like to get back on track and take that back to (your wife)?” she asked, according to the statement, and asked to see his penis.

“Should I help you with my mouth?” she continued, an offer that was also declined. But they did end up having some sexual contact that day, according to the statement, and would go on to have sex a number of times in the future.

“Dr. Gilbert breached boundaries with Patient A and then engaged in serious, repeated acts of sexual abuse over a number of years,” Silver said, noting Patient A was “extremely vulnerable.”

Gilbert tried to end the sexual relationship in 2013, but it continued until April 2014, according to the statement.

As of January 2018, Gilbert was barred from practising on anyone unless in the presence of a health professional, pending the outcome of Wednesday’s proceedings, according to her profile on the college’s website. Aside from losing her licence, Gilbert must post credit for $16,000 to cover patient therapy as well as pay $6,000 for the cost of Wednesday’s hearing.

“Dr. Gilbert was who I thought was a very close friend to (my wife) and myself,” Patient A wrote in a victim impact statement, which Silver read to the panel. “I felt like I was the doctor and she was the patient. I became like a slave to her, started missing work and taking better care of her than anybody. I lost friends, my business and my wife.

“I would never trust a psychiatrist for the rest of my life.”

In an unusual move, Gilbert’s defence team — lawyers Trevor Fisher and Sonia Fabiani — opposed the media’s request for access to exhibits from the discipline hearing, including the statement of uncontested facts and Patient A’s victim impact statement, noting that they contained personal information about Patient A. The college was consenting to the release of the documents, subject to them being redacted to comply with the publication ban.

“The documents requested have also already been read into the record in the presence of the person(s) requesting access,” the defence argued. “The publication of the documents would serve no public interest and are highly prejudicial to Dr. Gilbert and Patient A.”

The discipline panel sided with the media and will release the exhibits once the redactions are completed.

“The committee accepts that the request made by the media is for the purpose of accuracy and completeness in their reporting, which is important, given the fact that transparency is an accepted value for public hearings,” wrote panel chair John Langs in the order releasing the exhibits.

“The fact that portions of the documents were read into the record and are available through a transcript … is not a reason for refusing access to those portions of the exhibits. The legislation is clear that the hearing is public, and the committee concludes that without good reason, exhibits shall be accessible to the public.”