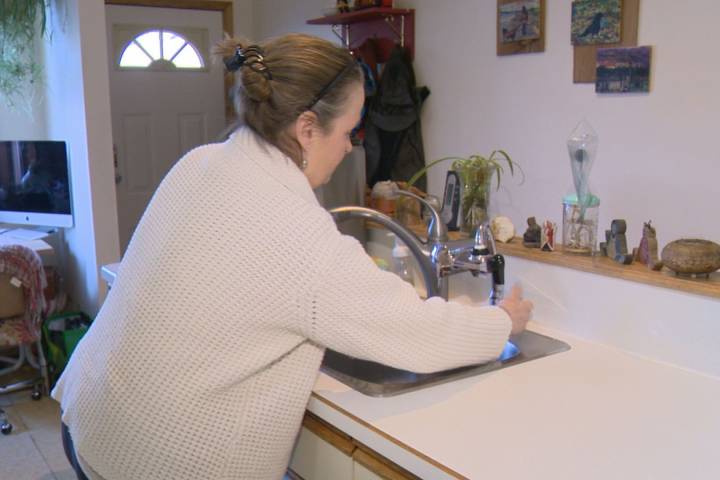 Some Regina residents are voicing concerns after receiving letters alerting them of water connections to their homes containing lead and the potential health risks.

Dena Hudson has lived in her early 20th century home in the Cathedral neighbourhood for 21 years. She received her letter in late November 2018.

While lead is nothing new, Hudson is just one of nearly 4,000 residents who received letters as part of the city’s push, prompting residents to take action.

“We can’t replace 4,000 services immediately so what we need to do is make sure public health is protected,” director of Water, Waste and Environmental Services for the city of Regina, Pat Wilson said.

The city started replacing its lead pipes nearly a decade ago, a common issue in neighbourhoods built before the 1960’s, but it’s not replacing pipes on private property.

Because the heavy metal is linked to neurological effects, the city is paying for those at risk to get their water tested.

“We provide two options for testing, we can come in and do a full test which involves leaving the water stand for six hours and then we take the first draw of water and test that. We can also provide an opportunity for folks to take a sample themselves,” Wilson said.

Adding, it can sometimes be difficult to know what material might be in the home because there may have been repairs or partial replacements in the past.

“Folks can have a copper system inside all of their pipes inside may be copper, but they still have some lead in the service connection,” Wilson said.

Upon receiving the letter, Hudson collected a sample of water herself and took it to the provincial lab for testing, and within a week she received her results.

The test showed 14.4 micrograms of lead per litre of water, which is above the accepted standard of fewer than 10 micrograms per litre.

“I think what I was more concerned about was my children,” Hudson said. “Because they grew up in this home- they arrived here when they were one and three years of age and they’ve been drinking that water for 20 plus years.”

Hudson has since installed a water filtration system which is eligible for a rebate and the city is also giving away filters to anyone who has a city service connection that is lead, or test results which show high levels of lead.


READ MORE:
EPCOR attempting to get ahead of new guidelines regarding lead in Edmonton’s drinking water

So far, the city says it’s handed out 350 filters and is replacing around 100 connections per year, hoping to be lead-free by 2050.

“Many cities have this issue, some cities have considerable more services that they’re needing to replace, we’re interested in any opportunities we have to accelerate that pace,” Wilson said.

Still, with a portion of the pipes left up to the homeowner to replace, which could cost thousands, Hudson says it’s a harsh reality.

“Who can pay for that? A lot of people can’t, it’s a very difficult economic reality.”